There was a saying from a friend of mine in New York City that goes,

“What is the best city in the world?”

“What is the best nation in the world?” 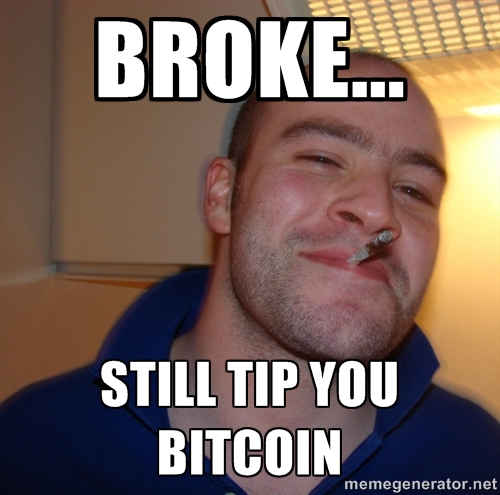 Microtransaction is one of Bitcoin’s stellar feature. Before Bitcoin, there isn’t really a cheap easy-to-use way of sending small amount of money over the internet. Most existing services require you to at least connect a credit card, which can be an overkill for a microtransaction.

Cryptocurrency (like Bitcoin) tipping has proven itself to become an indispensable way of showing gratitude to someone (think of it as a Facebook Like button on steroids), part of a company’s marketing strategy, or even as a way to ask for favors. If you are looking to become the “Good Guy Greg” of the cryptocurrency world, these are the 3 tipping apps that you will need to be aware of. 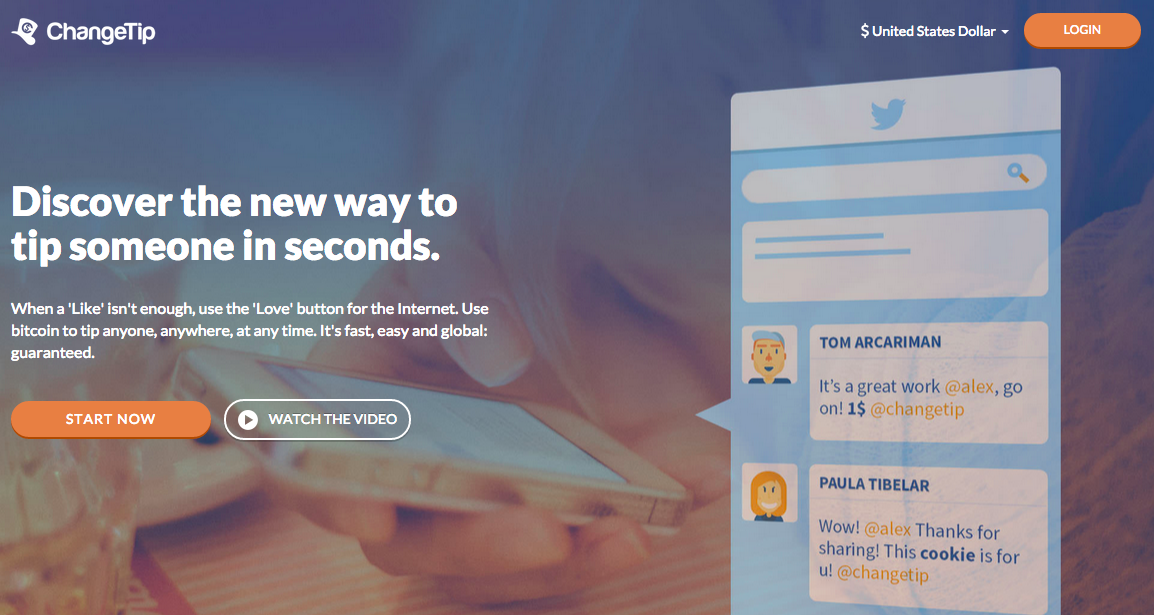 ChangeTip is the leading choice for Bitcoin tipping, having recently raised a seed round of $3.5 million.

It has an interesting feature called Moniker. Moniker basically allows you to give an item like biscotti, beer, and burger to a person. That item will then correspond to an amount of Bitcoin. Moniker customization is also possible on ChangeTip which will surely help feed your creativity. 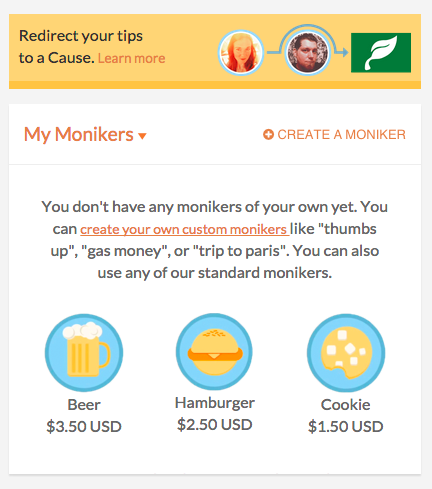 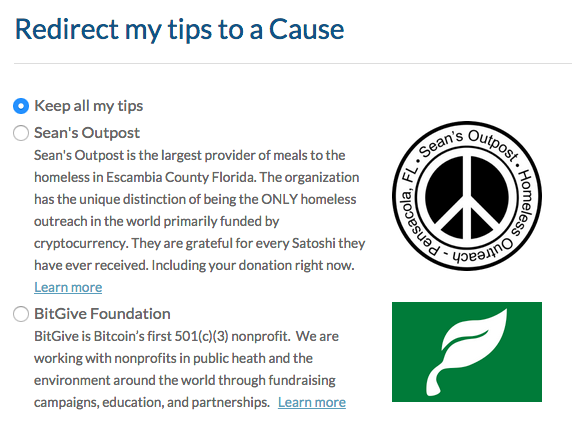 Option to redirect all your received tips to a cause

One of the latest addition to ChangeTip would be Tip Redirection. In a single click, you can become a Good Samaritan by forwarding all the received tips to a charity organization.

ChangeTip supports Bitcoin tipping on most leading web services such as Coinbase, Facebook, Github, Google Plus, Reddit, Slack, StockTwits, Tumblr, Twitter, and YouTube. Coinbase recently announced the discontinuation of their tipping app, paving the way for ChangeTip to lead the Bitcoin tipping space. 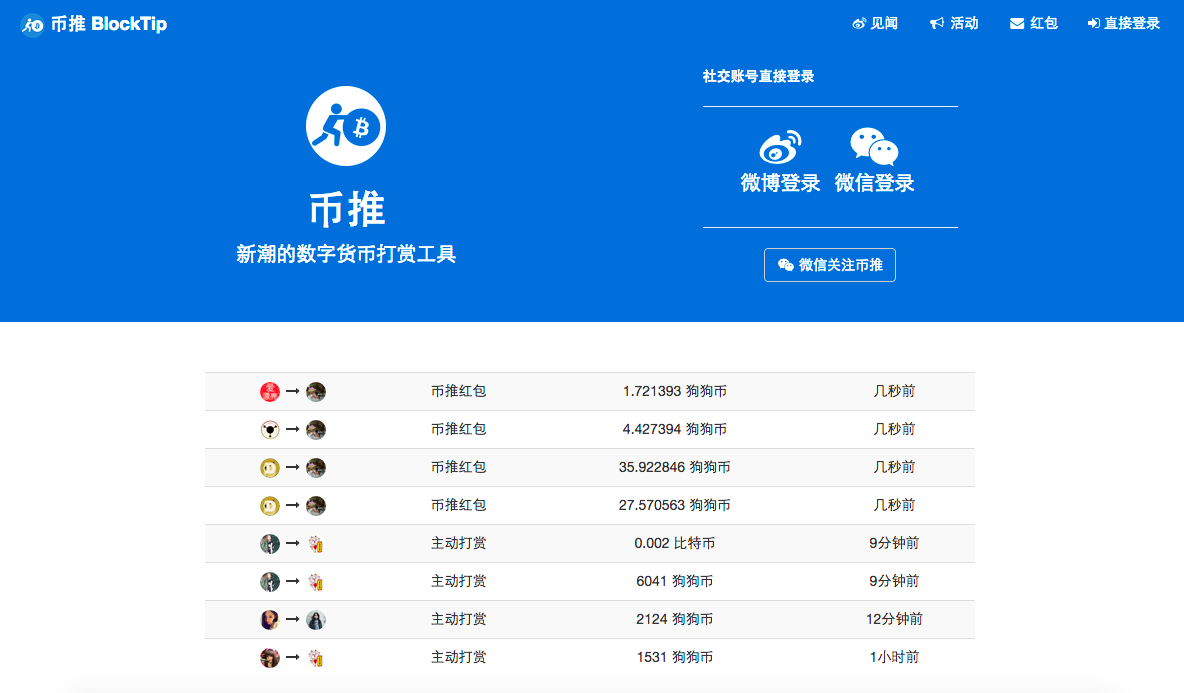 Bitui (BlockTip) is China’s first and most popular cryptocurrency tipping service. Bitui is a multicoin tipping app. It allows you to tip in Bitcoin, Blackcoin, Dogecoin, Peercoin, Zetacoin, Infinitecoin and Feathercoin. There is a built-in coin exchange feature that makes it easy for you to switch between different cryptocurrencies. That allows you to take advantage of its multicoin tipping feature without the need to trade out of the gate at an online exchange.

红包 or Red Packet allows you to automate coin giveaways

Bitui has a feature called “红包” or literally “Red Packet” which makes tipping much more interesting. There are 3 ways to do it. 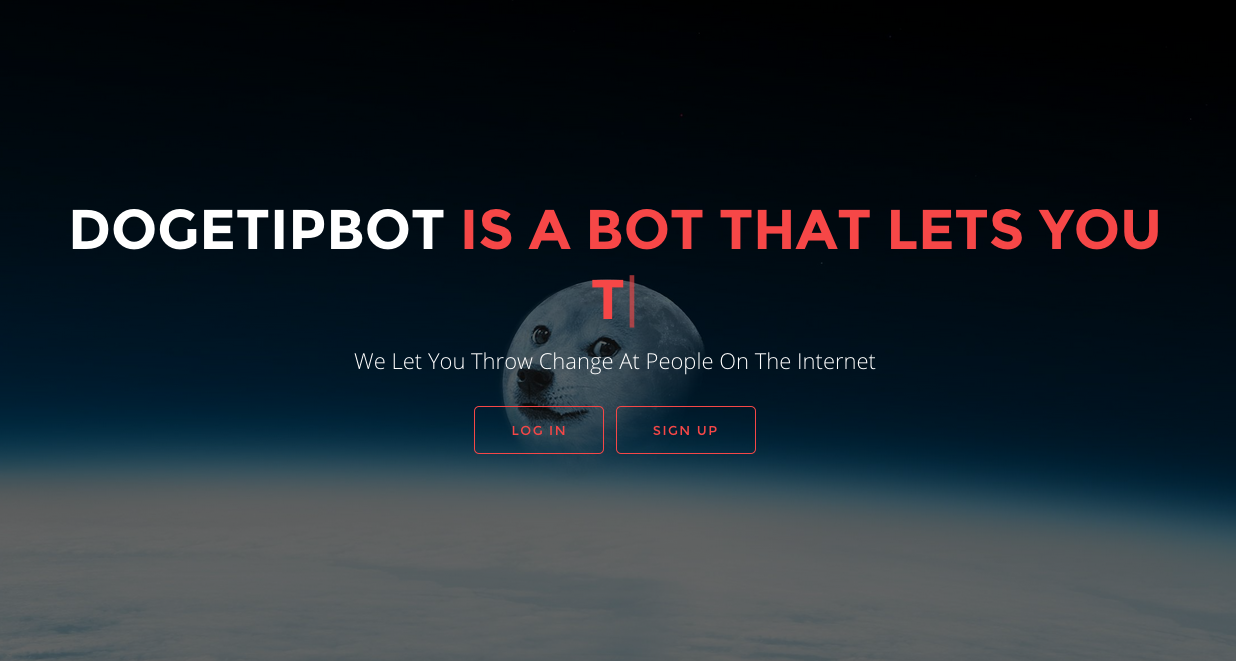 DogeTipBot is the most popular tipping app among Dogecoin users (aka. Shibes). It is the service of choice when it comes to Dogecoin tipping on Twitter, Reddit, and Twitch. 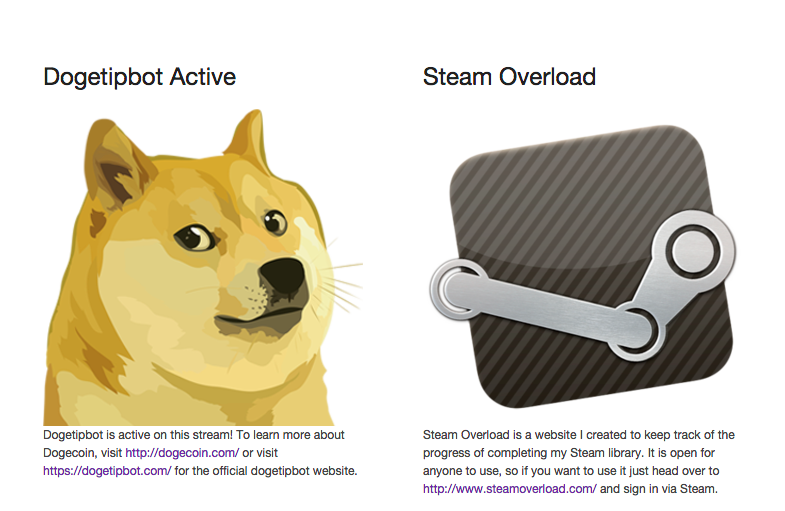 DogeTipBot activated on a Twitch Channel

DogeTipBot is also the first tipping service to support deep integration with Twitch, a live streaming video platform focused mainly on video games. If you have an active Twitch account, you can start accepting Dogecoin tips by connecting your Twitch account with DogeTipBot.

Read our other top list guides at 3 Dogecoin API Services Every Shibe Developer Must Know and 14 Bitcoin Blogs You Must Read To Achieve Bitcoin Enlightenment.

About TM Lee — TM Lee is the co-founder of CoinGecko. Purdue University CS 2012 Follow the author on Twitter @tmlee