The recent Bitcoin Foundation DevCore Workshop at Draper University was the home of in-depth, technical discussion around Bitcoin development, and the most interesting part of the event for many attendees was a panel discussion that featured Mastering Bitcoin Author Andreas Antonopoulos, Blockstream Core Tech Engineer Matt Corallo, Bitcoin Core Developer Greg Maxwell, Bitcoin Foundation Chief Scientist Gavin Andresen, and C4 President Michael Perklin. Everything from block size to Bitcoin governance was covered during the panel discussion, and one key area of agreement for the participants had to do with the future of Bitcoin transaction fees. 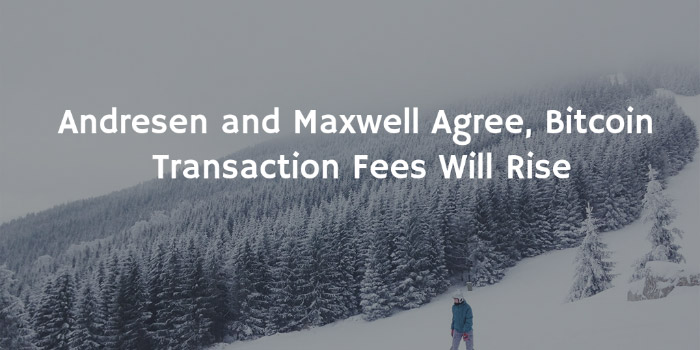 Transaction Fees are Going to Rise

During the Q&A portion of the panel discussion, an audience member asked the technically proficient Bitcoin developers on stage for their thoughts on the future of transaction fees. Gavin Andresen responded to this question by stating:

After Andresen shared his short comment, Greg Maxwell added, “I think they’re going to rise even if we solve it.”

Some would say that Andresen and Maxwell represent two opposite sides of the debate over Bitcoin scalability. Andresen would like to see much larger blocks right now -- as illustrated by his BIP 101 proposal -- while Maxwell has been somewhat concerned by the idea of raising the Bitcoin block size limit too quickly.

It was at this point that Michael Perklin pointed out a possible issue with bitcoin monetary policy that could lead to an increase in transaction fees over the long term:

“I think [transaction fees] are going to rise regardless because, as the reward goes down, miners are going to need to recoup their fees [some other way], so they’ll just require a higher fee for every transaction.”

Andresen noted that a higher exchange rate and more transactions on the blockchain could make up for the decline in the block reward, but it’s clear that these two developments are far from guaranteed. 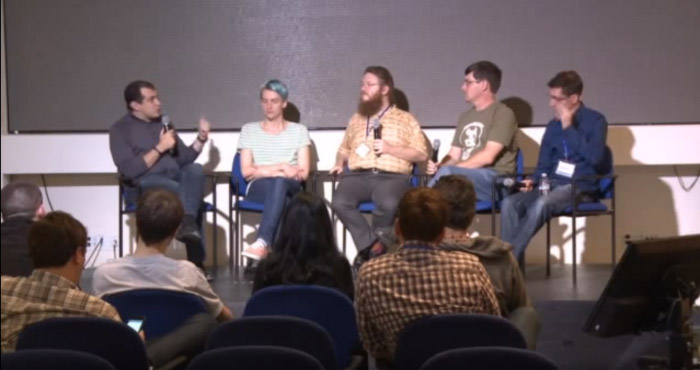 One point that Greg Maxwell wanted to make clear during this conversation about transaction fees is that it’s difficult to get around those costs. He noted:

“[It’s a] global broadcast system. There are costs with it.”

Any sort of decentralized, global broadcast system is not going to be free, but there are ways in which costs may be brought down for specific use cases. This was a key point that Matt Corallo attempted to make during his remarks:

“The point to be made is that you can find the advantages that you’re trying to draw from having a blockchain, and you can hopefully, potentially build it by designing systems on top of it, beside it, or whatever. You just need to be very clear about what exactly you’re getting from putting this on a blockchain. What do I want from this, and can I build it in a different way that gets the same advantages while not paying the same transaction fees? And the answer is almost always yes. It’s just a question of how much software development you want to put in.”

Gavin Andresen pointed to the Lightning Network as one possible example of an addition to Bitcoin that could turn it into a “non-global broadcast [system].” Andresen then, once again, mentioned an inevitable rise in transaction fees -- at least over the short term -- because solutions, such as the Lightning Network, are not yet available. Greg Maxwell was quick to agree with Andresen’s point on a short term rise in Bitcoin transaction fees.

The future of Bitcoin transaction fees will have a huge impact on how the system is used over the next few decades. Some say every transaction should be submitted via the blockchain, while others see Bitcoin as more of a settlement layer. Feel free to share your thoughts on the matter in the comments section below.