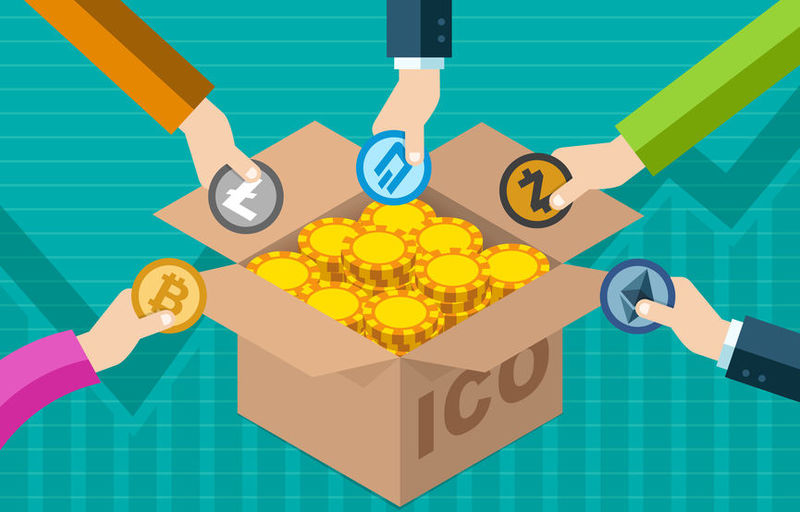 It’s long been speculated that the ICO market was in a bubble, and that bubble had burst in early 2018, leading to a continual decrease in the number of ICO investments (October saw only $821 million being raised by ICO’s, the lowest in all of 2018). However, the events in the past few days more than add more evidence to the notion that the ICO market may, in fact, be dead.

On November 16th, two major blockchain projects, Paragon (PRG) and Air Token (AIR) were ordered by the SEC to refund investors from the money raised through their ICO. The SEC has investigated the projects and concluded that their tokens were unregistered securities.

The significance of this event is that it marks the first time that the SEC is penalizing non-fraudulent ICO's. Up until this point, the SEC had set its target on blatantly fraudulent ICO’s, like Centra, the Floyd Mayweather backed ICO which raised $32million last year and was later determined to have made false claims to lure investors, and was also an unregistered security.

Now the SEC seems to be setting its sights on crypto projects that launched ICO’s with good intentions, but without security understanding of the legalities involved.

Despite this crackdown, it doesn’t look like being penalized by the SEC is a death sentence. Both Paragon and AirFox agreed to register the tokens as securities within 90 days and to pay a substantial fine. By providing this leeway, the SEC has created a model for companies that have previously issued tokens in ICO’s and now seek to comply with federal securities laws.

The final nail in the coffin for the American ICO market?

The US investor protection laws have made it particularly tumultuous for ICO’s. Unlike the rest of the world, the US makes an apparent distinction between retail ‘unsophisticated’ investors and sophisticated ones using a process of accreditation.

In the United States, accredited investor rules dictate that you must have a net worth of at least $1,000,000, or earn an income of at least $200,000 each year for the last two years.

The assumption with this status is that only people with large amounts of money should be afforded the privilege of investing in risky companies where their entire investment could drop to zero.

Although the goal is supposed to be to protect regular investors, this is the opposite case.

Influencers in the crypto space, like Ethereum inventor Vitalik Buterin have shared their honest thoughts on accredited investors:

“I personally am willing to publicly say that I find current accredited investor rules of many countries, which allow only millionaires to invest in securities, very unfair and plutocratic, and in some cases they can make things actually worse because they mean regular people can only buy in at higher prices and thus more easily become victims.”

Many who understand that the only way to make ‘real’ money as an investor is the get in early have expressed this sentiment.

Accredited Investors have the privilege of investing in stocks or tokens at a 50% discount, and can simply choose to sell their stake once the stocks or tokens go public and everyone else starts buying in. This creates a cycle whereby accredited investors don’t even have to recognize any long-term value in a company in order to profit. They merely have to get in early and rely on non-accredited investors to jump in later so they can benefit off of them.

In the end, the regular investors whom the laws are supposed to protect end up getting hurt because, by the time they have bought in, the price can only go down, as accredited investors begin to sell their stake.

Under these circumstances, projects like Paragon and AirFox get to hit the reset button on their funding structure essentially, cut out all the unaccredited retail investors who initially funded their project: either by paying them back the money they put in or just paying enough people back to satisfy the SEC. Then, as a registered security, replace those retail investors with accredited investors, ensuring that the rich get richer, while the everyday investor is forced to buy in at premium prices.

Meanwhile, across the Atlantic, countries like Switzerland have fully embraced ICO’s, and are even now in the midst of launching the first crypto ETF, which will open the doors for institutional investors to buy cryptocurrencies in a way not yet possible for US investors.

Market saturation and lack of a business model

Other factors that have led to ICO’s failing include Market Saturation and lack of business model:

In any marketplace, the downside to low barriers to entry is a high volume of low-quality entrants.

Last year’s crypto market explosion, whereas Bitcoin’s price reached a high of nearly $20K, opened the floodgates for pretty much any business idea promising to change the world. The vast majority of these companies was seeking to get rich quickly, while most of the others had honest intentions, but still failed (or are failing) due to poor execution, lack of a business model or clear value proposition.

Companies must find a way to stand out by offering unique solutions to fundamental problems that require decentralization to work.

Furthermore, in 2018, companies need much more than a white paper to stand out from the crowd. They must either have an MVP developed, an organically built community of early supporters, or a series of legitimate partnerships and LOI’s from reputable institutions. All of these factors will help companies establish credibility in the currently over-saturated market.

Lack of a business model

This is sadly a common theme amongst the first batch of companies that ride the wave of any revolutionary new technology. The hype usually outweighs the expectation that founders should develop a plan to generate revenue.

We’ve seen it happen during the dot-com bubble, the Silicon Valley ‘app bubble’ in the mid-2010’s and once again in 2017 with blockchain companies.

As of today, we’re already seeing nearly 50% of ICO’s from 2017 fail due to lack of a sound business model to propel them through the bottom end of the hype cycle.

Simply relying on funds raised from selling tokens is not going to be enough to maintain a globally distributed business operation.

ICO startups carry the expectation of publicly funded Fortune 500 Companies, while only existing for a matter of months and being operated by part-time, semi-experienced founders.

This uniquely unfortunate position is further compounded by the fact that ICO’s are competing with Fortune 500 companies who already have sophisticated business models and established customer bases.

The most successful blockchain companies understand that disrupting major industries is going to take more than disruptive technology. Partnerships are being forged, and high-level business executives are being recruited to help these companies create sophisticated revenue strategies, particularly for tokenized Dapps where the traditional rules of demand and supply require reexamination.

ICO’s represent a revolutionary form of funding that was designed to provide financial opportunities to investors regardless of their accreditation. This funding mechanism is still in its very early stages and requires checks and balances to be implemented to keep bad actors at bay, while still offering investors the maximum freedom to fund whatever projects they choose.

It remains to be seen how the ideal ICO will be structured. Questions around regulatory guidelines, skills of the founding team, and the quality of problems being solved through blockchain technology still need more concrete answers. Ultimately, the crypto space needs to work to ensure that ICO’s survive the current bear market; otherwise, we risk falling back into more traditional investing structures that primarily  function to serve those who are already wealthy, leaving behind the thousands of non-accredited investors who were responsible for funding the crypto revolution in the first place.

About Toju Ometoruwa — Toju Ometoruwa is a Northeastern University alumni who is the co-founder of Pazima, a start-up that provides secure lending options for low-income workers. His passion is to empower communities across the African diaspora through the blockchain.