In a recent interview on Epicenter Bitcoin, Blockchain Capital Founder and Managing Partner Brock Pierce was asked about the origins of his venture capital firm. The most interesting aspect of the story of Blockchain Capital -- at least to Bitcoin users -- is the role played by Mt. Gox. Pierce told the story of how he tried to acquire the now-defunct bitcoin exchange in an attempt to expand IMI Exchange, a virtual currency and goods marketplace founded by Pierce. 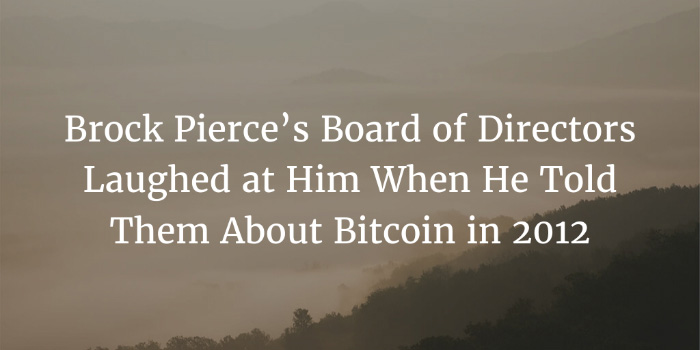 Pierce’s Board of Directors Laughed at Him

Around 2012 or 2013, Brock Pierce went to the board of directors of his virtual currency business and told them he wanted to expand into the bitcoin industry. His plan of action was to purchase Mt. Gox, which was the largest (practically only) game in town at the time.

Although the potential of bitcoin was clear to Pierce, the board of directors, which included representatives from institutions like Goldman Sachs, was not exactly on board. In fact, they laughed off the idea. During his recent interview on Epicenter Bitcoin, the Blockchain Capital founder said, “Goldman Sachs was like, ‘What? Bitcoin? You must be kidding me.’”

This was essentially the reaction from the entire board, including two guys who would eventually join Pierce at Blockchain Capital -- Bart and Brad Stephens.

Brock Pierce’s pitch to the board was rather straightforward. He pointed out the need for the company to expand because they were currently experiencing growth of around 10 percent per year. Pierce explained the importance of this point during his recent interview: 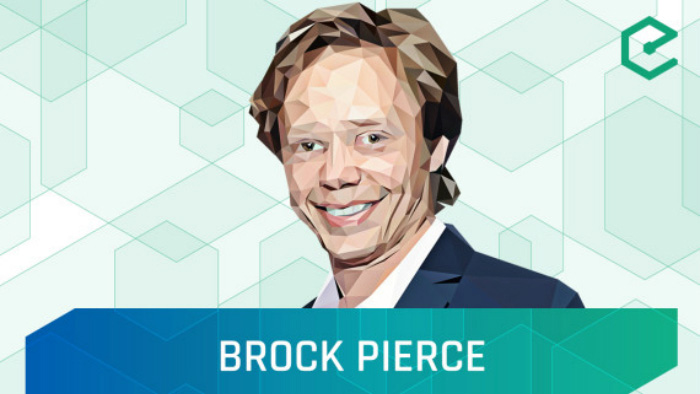 Pierce also pointed out the reasons as to why Mt. Gox would be a “perfect fit” for the company:

“Let me tell you a little bit about Mt. Gox. It’s the biggest exchange in the world -- they own this sector by far. The management team is, maybe, the most incompetent I’ve ever met, and their technology is awful.”

An acquisition of Mt. Gox would have essentially allowed Pierce to enter the bitcoin industry with the exchange doing nearly all of the trading volume. Pierce brought up the idea of purchasing Mt. Gox again three months later, but the board was still having none of it. This is when Pierce began to get upset. He paraphrased what he said to the board during his recent interview on Epicenter Bitcoin:

“I’ve been building digital currency businesses for a long time. You guys have invested nearly 100 million dollars in me in this particular field. This bitcoin thing is very real. You need to understand it, so we can have an informed conversation about this opportunity. I sent you all of the research material, and none of you bothered to read it. I’m really disappointed in all of you. It’s one thing to disagree with me. It’s another to not have done your homework and shown up and been ready to debate my view.”

In response to the dead end he was facing at IMI Exchange, Pierce decided to reach out to Bart and Brad Stephens directly. He was able to convince the duo that they need to at least do some research on Bitcoin. Pierce described what happened next:

“They spent a month researching the sector -- talking to cryptographers, mathematicians, economists, venture capitalists, and anyone [else] they could. They took a very deep-dive research project, which led to -- they shut down their hedge fund (they were running a half a billion dollar hedge fund) and came to work full time with me.”

Brock Pierce, Bart Stephens, and Brad Stephens went on to co-found Crypto Currency Partners, which has now become Blockchain Capital. Other board members from IMI Exchange ended up funding Circle and other businesses in the Bitcoin industry, but they received their first real education on the technology from Pierce.