Just about 11 hours ago, block.one has successfully released version 1.0 of the EOS.io software on Github. EOS is one of the most anticipated dapp platform to be launched in 2018 after a 1-year long ICO raising almost $4B worth of Ether. The project was also recently plagued with critical bug report by a Chinese security company. While the bug has been patched, block.one issued bug bounty as high as $10,000 for any additional bugs reported by the public. 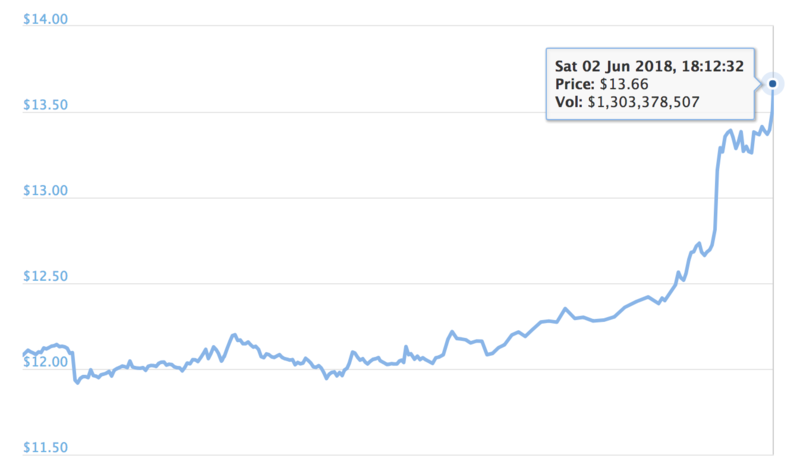 Looking back to the last 7 days, the trading price appears flat despite excitement around the launch of the EOS mainnet. This is probably due to market sentiment towards the bug reports coming out with regards to the EOS.io software and the uncertainty around how the mainnet will launch.

Market is still uncertain about how the upcoming demand for EOS will be when mainnet launches. Ethereum has the early move advantage garnering a very strong developer community to build on top of the platform. EOS will have to do some convincing in order to attract developers to build Dapps on top of the network. The one startling feature for EOS in comparison to Ethereum is the free transaction, which is predicted to help adoption for Dapps.