Earlier in October, we published eToro’s Bitcoin Guide for Beginners to give the newbie an introduction to what Bitcoin is all about. Today we are going to look at a similar guide for Ethereum, the oil to bitcoin’s gold having maintained its status as the largest cryptocurrency by market cap after Bitcoin since its launch in late 2015.

Getting a basic understanding of Ethereum is somewhat more complicated than Bitcoin; if you haven’t read the previous Bitcoin guide, please do so first.

If you already have, then let’s begin with a one-sentence answer to the question “What is Ethereum?”

Ethereum is an open source, blockchain-based, and decentralized software platform with smart contracts functionality that allows developers to create and deploy decentralized applications, or dApps. 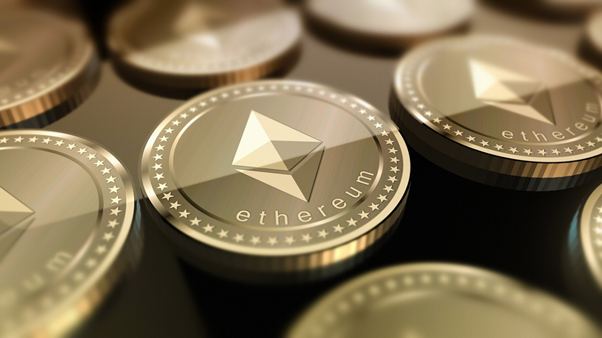 Much like Bitcoin, Ethereum is open source and decentralized, meaning that the code is publicly available and there is no central governing authority. However, while Bitcoin aims to be a platform for financial transactions (aka to be a virtual currency), Ethereum aims to be a the premier platform for hosting dApps.

What are Smart Contracts and dApps?

The ‘contract’ part comes from their ability to enforce the terms written into the smart contract on the blockchain. A common form of this is the release of funds in return for a service (funds can be stored on a smart contract). This is important as it creates the ‘trustless’ feature; you don’t need to trust the party on the other end as the smart contract will be able to enforce its own terms.

Example of a basic smart contract

Here’s how Vitalik Buterin, the co-founder of Ethereum, describes a smart contract:

“A smart contract is a mechanism involving digital assets and two or more parties, where some or all of the parties put assets in, and assets are automatically redistributed among those parties according to a formula based on certain data that is not known at the time the contract is initiated.”

A decentralized application is just an application where the backend code runs on a decentralized network, in this case the Ethereum network, instead of centralized servers. Its code must also be open-source, the data stored on the blockchain, and it must also generate and use a cryptographic token (aka a cryptocurrency) as a means of access.

Smart contracts are a core component of dApps and other than the above criteria, there is practically no limit to the variety of dApps out there. 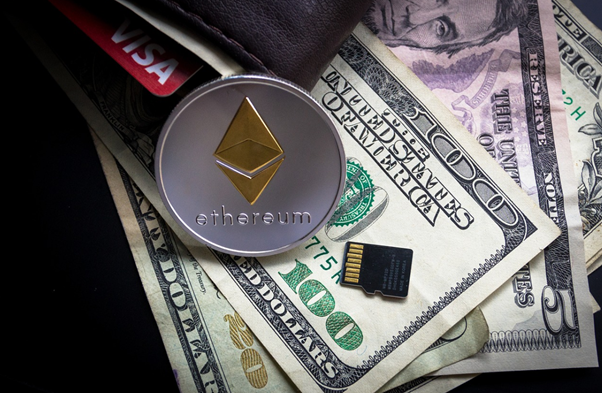 Ether: The Native Token of the Ethereum Network

Just as Bitcoin can be separated into the Bitcoin network and the Bitcoin token (BTC), so too can Ethereum. What we were describing above is the Ethereum network, now let’s talk about Ether or ETH, its native token.

Ether is the cryptocurrency that fuels the Ethereum network. It is an incentivization mechanism; dApp developers need ETH to run their applications on the network and the miners who secure and run the network receive ETH as a payment for their efforts. Of course, just like BTC, ETH is also publicly tradable on just about every crypto exchange there is.

Now, let’s clear up some common questions about ETH.

What are gas fees?

You may have heard about ‘gas costs’ in relation to Ethereum. Gas is a small fee, payable in ETH, that has to be paid to execute any transaction on the network. This is no different than the Bitcoin fee. Gas costs can be estimated using this site.

What is the smallest unit of ETH?

Although ETH is currently worth far less than BTC, it is actually more divisible. The smallest unit of ETH is called a wei which is 10^-18 (that’s a decimal point followed by 17 zeros). Of course, no one really uses this amount in practice, but the idea is that in the long term, should the value of ETH skyrocket, the divisibility is already in place.

What is the total supply of ETH?

Unlike Bitcoin, there is no fixed supply of ETH. Three ETH are created every block, which occurs roughly every 15 seconds. You can track ETH block creation time here. At the time of this writing, there are just over 100 million ETH in circulation.

How do miners earn ETH?

Currently, the consensus protocol being used by the Ethereum network is Proof-of-Work, similar to Bitcoin. Since a decentralized system lacks any central authority to determine which transactions are valid and can be appended to the blockchain (known as achieving consensus), miners play the role of transaction validators. In a Proof-of-Work system, they must solve a cryptographic hash function.

At present, this Proof-of-Stake update is scheduled to be released sometime in mid-2019. If you want more details about how such a system works, refer to the official Ethereum Proof-of-Stake FAQ here.

What are ERC20 tokens and how do they differ from ETH?

We mentioned earlier that dApps may also generate and use crypto tokens to access its functionality. These tokens that are created from dApps hosted on the Ethereum platform are known as ERC (Ethereum Request for Comment) tokens, and ERC20 tokens are its most common form. Some estimates indicate that there are almost 800 ERC20 tokens today.

What gives ETH its value?

Leaving aside any speculative demand for ETH, at its core, the more dApps that use the Ethereum platform, the higher the demand for ETH will be. Remember that all transactions on the platform must pay gas fees, which are quoted in ETH. A company may have their own cryptocurrency for their Ethereum-hosted dApp, but every transaction still requires a nominal amount of ETH.

Further, ETH is also the de facto currency when it comes to raising money via Initial Coin Offerings. However, this can also lead to large fluctuations in price; the price crash that occurred in August 2018 was said to be caused by ICOs unloading large quantities of ETH onto the market. 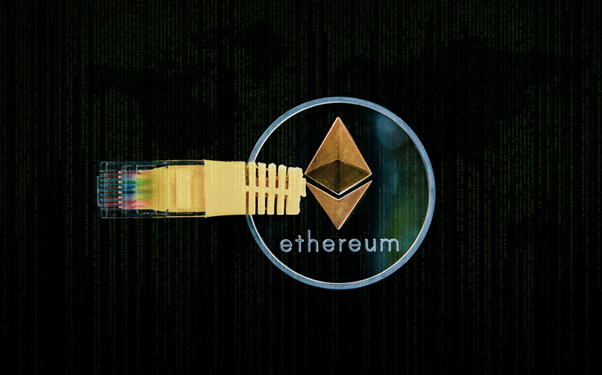 The potential of cryptocurrencies is more than just creating a decentralized virtual currency, as with Bitcoin. Ethereum represents the evolution of the underlying technology, allowing participants to run and use various applications in a secure and trustless environment.

Popular author and Bitcoin advocate, Andreas Antonopoulos, author of the book Mastering Bitcoin, is co-authoring Mastering Ethereum with Ethereum co-founder Gavin Wood. The book is expected to be released by the end of 2018. In the meantime, resources on the official Ethereum GitHub and the official Ethereum website and blog will be helpful for those interested in learning more.