Today’s eToro guide series will be covering Ethereum Classic, a hard fork of Ethereum (some say it’s the other way around). Arising from a split or hard fork from the original Ethereum, Ethereum Classic sees itself as the ‘true’ Ethereum.

Since Ethereum Classic and Ethereum have essentially the same functionality, this guide will focus on the main similarities and differences between the two. Hence, if you don’t already have a basic understanding of how Ethereum works and what it does, please read our Ethereum guide before reading this one.

A Brief History of the Creation of Ethereum Classic

To understand how Ethereum split into Ethereum and Ethereum Classic, we must first understand the concept of a ‘fork’ in cryptocurrency. To relate it back to ‘regular’ software, a cryptocurrency fork is just a change or upgrade in the underlying protocol.

The reason the term ‘fork’ or ‘forking’ is used is because of the blockchain. If you think about the blockchain as a singular string of blocks in a chain, a fork then causes the chain to diverge. There are two kinds of forks, hard forks and soft forks. The difference between the two is that hard forks are not backward-compatible while soft forks are.

Because hard forks are not backward-compatible, there is ‘no going back,’ and the blockchain permanently splits into two. A soft fork functions much more like a general software update; only one blockchain remains as new users adopt the updated protocol in the soft fork. The split between Ethereum and Ethereum Classic was a hard fork.

The Creation of the DAO

Now that we understand what forks are, let’s look at the catalyst that led to Ethereum’s hard fork – the creation of the Decentralized Autonomous Organization (“DAO”).

A DAO is a type of organization that exists on a decentralized network, such as Ethereum, with its operational rules or decision making hard-coded onto the network (hence ‘autonomous’). People could then become ‘shareholders’ in this organization through purchasing tokens issued by the DAO and then vote on the direction of the DAO’s rules.

The Ethereum DAO was launched in April 2016 with a website plus a four-week funding crowdsale, a typical ICO model. The idea behind this particular DAO was to act as sort of a venture capital fund to finance Ethereum projects, with any profits then flowing back to the tokenholders. The crowdsale was a huge success, raising 10.7m ETH (~$120 million at that time).

The DAO Hack and the Hard Fork

Unfortunately, there was a major flaw in the DAO’s code, which a hacker soon exploited in the middle of June 2016. Taking advantage of the way a user could exit the DAO, the hacker began to drain users’ funds from the DAO. Chaos ensued, and the hacker managed to drain about $50 million worth of ETH into another DAO that they had created.

Due to the way the exploit worked, the hacker had to store the stolen funds into this ‘child DAO’ that they had created, meaning he couldn’t access the stolen ETH yet. Under the rules of the DAO, these funds would only be able to be transferred out after 28 days. The Ethereum team and community were, therefore, faced with three possible courses of actions – doing nothing, a soft fork, and a hard fork. Note that Ethereum developers were in no way at fault for the exploit in the DAO.

The soft fork option was first option they decided on, as it would still result in a single blockchain. However, they soon realized that a soft fork would expose the network to a Distributed Denial of Service (“DDOS”) attack by the hacker. Hence that option had to be taken off the table, meaning hard fork or nothing. Ultimately, the hard fork was chosen. 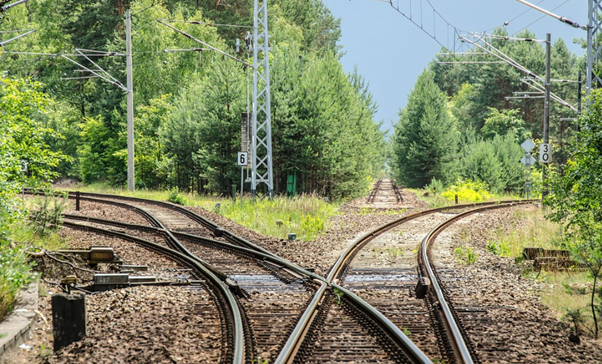 Hard Fork Aftermath and the Birth of Ethereum Classic

While many parties, such as those who got their stolen ETH back, were happy with the hard fork, some were not. Erasing or reversing transactions from the blockchain goes against one of its core principles – immutability. Those dissatisfied parties, who disagreed with the reversal on an ideological level, decided to continue on with the original Ethereum blockchain, and thus Ethereum Classic was born.

Ethereum vs. Ethereum Classic: What are the Main Similarities and Differences?

Now that we understand how Ethereum Classic came about, let’s explore their main similarities and differences. The similarities are obvious; they are ‘essentially’ the same product after all, but we can boil the similarities down to two main ones – Functionality and Tokenomics.

Tokenomics refers to the economics that drives their tokens’ value, in this case ETH and ETC. Both of their values, (disregarding speculation/investment, which is still significant in every single cryptocurrency) should in theory be driven by the use of their tokens, in the form of gas, to drive every single transaction on the network.

Now, let’s move on to their differences, which have been divided into five primary ones below:

Ideology needs to be mentioned first, since it was the main reason behind the split in the first place. The Ethereum Classic community strongly believes in ‘Code is Law,’ meaning that all transactions on the blockchain should be final and immutable. The thinking behind this is that if the developers can decide to manipulate the blockchain even once, who’s to say they won’t do it again? After all, there is already a precedent, and a largely accepted one at that.

While Ethereum does not have a set token limit, Ethereum Classic decided to implement a maximum token supply of 210 million ETC. At the time of writing, its circulating supply is about 106.5 million ETC. 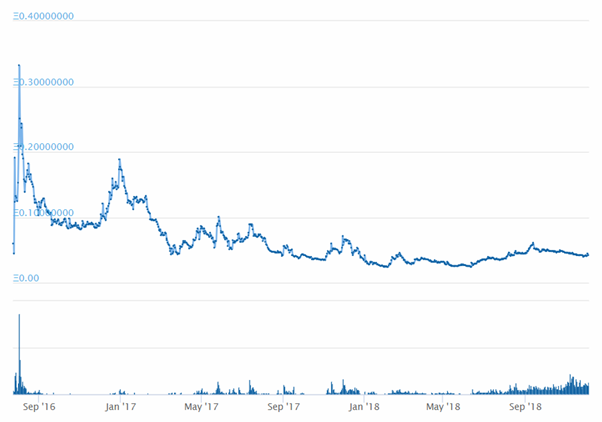 While Ethereum has the Ethereum Foundation that is the official organization that helps create a clear vision for its development, Ethereum Classic has no such governing body. It actually has five main development teams, the largest one being the ETC Dev Team, that all contribute to helping advance the network. You can find the list of ETC teams here.

After the split, most of the community stuck with Ethereum. This included developers as well, which, coupled with a lack of a primary governing body for Ethereum Classic, meant a slower and somewhat less defined roadmap.

You can view Ethereum Classic’s official roadmap here. As you can see, the community plans to improve the scalability of Ethereum Classic via the use of sidechains, as opposed to upgrading to a Proof-of-Stake protocol with sharding as Ethereum is planning to do.

As you can see there are less than a couple dozen dApps live on Ethereum Classic at the moment. Contrast that to Ethereum, which according to State of the dApps has over 1,800. However, you should know that Ethereum Classic has chosen to focus more on Internet-of-Things-related dApps as opposed to more ‘general’ dApps like Ethereum, which might contribute somewhat to the lower amount.

Where Can I Buy ETC and How Do I Store It?

Considering Ethereum Classic is a top 20 cryptocurrency by market cap, it is relatively easy to find ETC for sale on various exchanges. Here are the top 10 exchanges by volume. 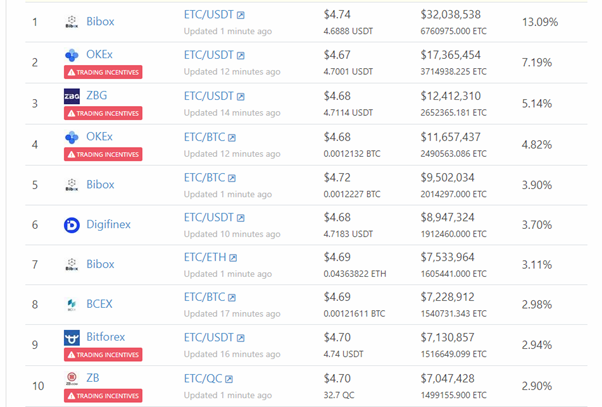 Ethereum Classic is the righteous Ethereum; adhering strictly to the principle of ‘Code is Law,’ no matter the consequences. However, development has been slow compared to Ethereum, and it remains to be seen if Ethereum Classic will be able to gain enough traction to catch up. Nevertheless, it is still a project worth paying attention to.