Unlike many African countries, Bitcoin is really popular in South Africa. With 3 established crypto exchanges plus a 4th exchange coming soon, at least 4 Bitcoin ATMs, regular crypto meetups, and some well-known crypto personalities like Riccardo “Fluffypony” Spagni, South Africa is an undeniable part of the cryptocurrency revolution.

As I live in South Africa myself, I’m well positioned to describe the situation here. Gauging Bitcoin’s popularity is a good starting point.

In August of 2017, it was reported that South Africa led the world in Google search interest for “Bitcoin”. This trend has persisted and remains intact one year later, at the time of writing. It’s important to note that Google Trends data doesn’t reflect the total number of searches per country, but rather the percentage share of a search term. The inference we can make is that South Africans are more likely to be actively interested in Bitcoin than any other nationality:

Before examining the factors which give rise to such strong interest, let’s take a look at some more concrete measures of South African demand for Bitcoin.

Coin.Dance reports that weekly South African trading volume on LocalBitcoins reached a peak of 31 million ZAR (South African Rand) in December of 2017. This was equivalent to about US$2.3 million based on the average exchange rate for that month.

In BTC terms, South Africa’s LocalBitcoins volume for last week (104 BTC) is near to Australia’s (118 BTC). This is interesting, considering that South Africa has more than twice Australia’s population but only roughly half of Australia’s GDP. 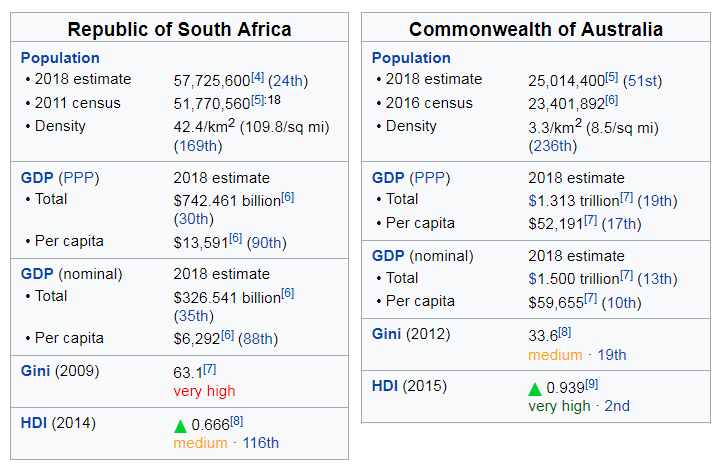 The country’s next-largest exchange, Altcoin Trader, does around 65 BTC daily and the smallest exchange, Ice3x, does less than 1 BTC.

We could do a rough estimate then that South Africa therefore does around 600 - 1000 BTC in daily volume. That’s a lot, given the small pool of eligible buyers. However, what’s even more telling than the country’s significant volume is its inflated price...

In other words, the South African Bitcoin price was 4.4% higher than the average USD price. This is actually a fairly low premium for South Africa. Over the last 2 years, the average price premium of BTC/USD to BTC/ZAR was around 7%:

Chart of the South African premium over the last 2 years, from the author’s trading spreadsheet.

Why Such Strong Demand for Bitcoin in South Africa?

What emerges from this analysis of Bitcoin search interest, volume, and price in South Africa is the indisputable fact that Bitcoin is in high demand there. The question is why… When crypto journalist, Kyle Torpey, first tweeted about South Africa topping the Google search interest rankings, one of his South Africans followers offered the following 3 explanations: 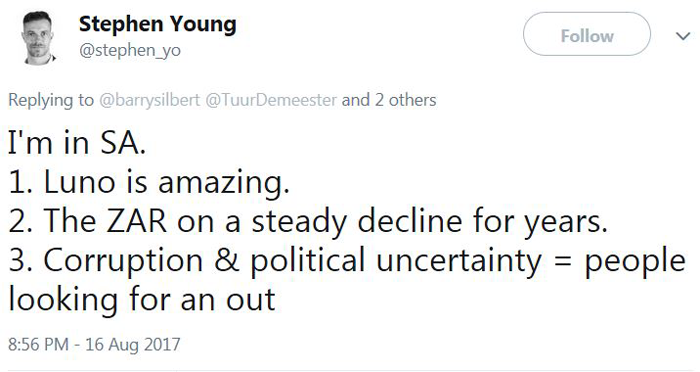 Luno might be “amazing” but so are many other exchanges around the world. It’s the 2nd and 3rd points which really explain the situation.

The South African Rand has gone from parity with the USD in 1982 to its current level of 13.4 to the Dollar, putting in an all-time low of 17.9 in January of 2016. While this devaluation is positive for the country’s tourism and export industries, it’s really bad for savers. As exchange controls limit the amount of money which South Africans can invest overseas, Bitcoin is serving as a great store of value for those looking to avoid further Rand depreciation. 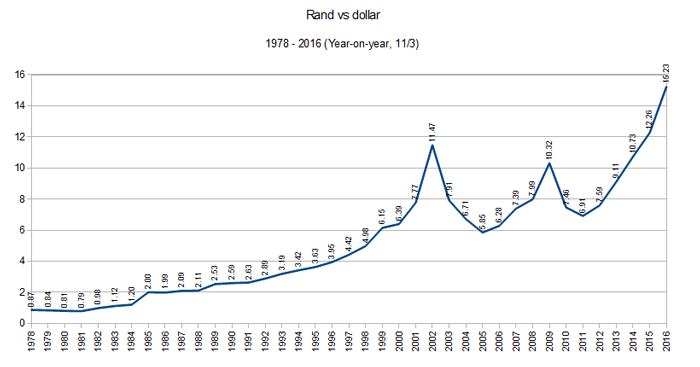 As for corruption and political uncertainty, it’s hard to overstate these as factors driving Bitcoin adoption in SA. The Rand’s fall mirrors the fall in standards across the board, most clearly exemplified by nationwide power outages and insufficient water supply to the city of Cape Town. South Africa’s divisive former President, Jacob Zuma, was recalled from office in March 2018 as the overwhelming extent of Zuma’s corruption and incompetence began to damage his party’s elective prospects.

Zuma was succeeded by Cyril Ramaphosa, who almost immediately announced his administration’s intention to pursue a policy of land redistribution. Essentially, Ramaphosa seeks to change the constitution so that farmland can be stolen from white people. Predictably, this course has greatly exacerbated political and economic uncertainty, as the prospect of property rights violations echoes the onset of the Zimbabwean crisis.

How Bitcoin can Help South Africans

As with the collapse of Venezuela’s socialist economy and the Cypriot bank bail-in, the sad decline of South Africa may increase Bitcoin’s appeal as a hedge against state failure. While South Africa may avoid catastrophe in the short term, the longer term political, economic, and demographic trends give real no cause for optimism.

As someone living in South Africa, I’m extremely grateful for the existence of Bitcoin. Not only has it protected my wealth from the Rand’s steady erosion, Bitcoin is also extremely difficult for a socialist / racist government to seize. In the event that land is stolen and property rights thus infringed, I hold out little hope for the sanctity of bank or investment accounts, or really any other property. Bitcoin is also the easiest way to get money out of South Africa in a worst-case scenario.