Gavin Andresen: An Unlimited Block Size Would Be Fine

One of the key points often overlooked in the Bitcoin block size debate is the ability for miners to enable their own, personal limits. After all, the block size limit is simply the maximum block size allowed on the network; miners can decide to create smaller blocks, and some do. For this reason and others, some say that miners are the ones in control of the size Bitcoin blocks.

Bitcoin Foundation Chief Scientist Gavin Andresen is one such individual who sees miners as the controlling entities behind the sizes of blocks, and he recently shared this viewpoint on an episode of Let’s Talk Bitcoin. He claimed, “[Miners] really do control the block size. They may not know it, but they do.” 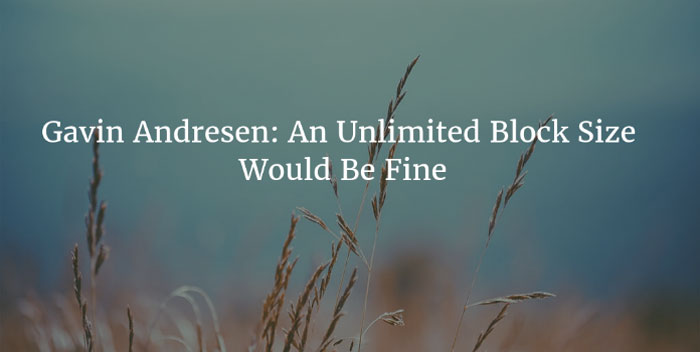 The Block Size Limit is a Safety Rail

Gavin Andresen sees the block size limit as nothing more than a safety rail. In his interview with Let’s Talk Bitcoin, he explained:

“The limits are just kind of safety rails to prevent some crazy person who decides to spend a bunch of money creating a block that takes a very long time to validate from maybe clogging up the network. Although, with validationless mining, even that probably wouldn’t have any effect whatsoever.”

Block propagation times are an issue with Bitcoin in its current form, and they become more problematic as blocks become bigger. If the block size limit were raised too high, a miner could essentially attack the network by stuffing a bunch of transactions in their mined blocks that take longer for other miners to hear about. While the attacking miner starts working on the next block, other miners on the network would have to take the time to download and validate the original block.

Validationless mining is one of Andresen’s favored solutions to this issue, and Bitcoin Security Consultant Sergio Lerner recently wrote about this concept. Bitcoin Core also has some improvements for block propagation on their roadmap.

Although miners can technically attack the network for their own gain in a world of a larger-than-necessary block size limit, Andresen is of the belief that the mining community is made up of rational actors. He noted:

To back up his point, Andresen pointed to the earlier days of Bitcoin where there was a relatively-high block size limit and no attacks on the network:

“Bitcoin survived for years with a 1 MB block limit when blocks were empty basically. We didn’t actually start seeing significant transaction volume for quite awhile.” 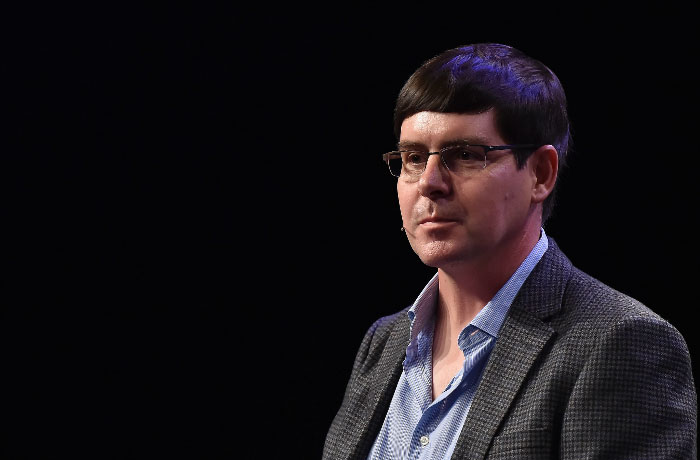 An Unlimited Block Size Would Be Fine

Near the end of this discussion on miners’ control over the block size, Gavin Andresen noted his belief that Bitcoin would probably be fine without any limitations on the sizes of blocks. He stated:

“In my heart of hearts, I think we could eliminate the limits and everything would work out just fine because I think Bitcoin really is resilient and I think the incentives are there for people to make sure it doesn’t break. Reasonable people could disagree about that, and I’m happy to compromise.”

Bitcoin Unlimited is a software client that intends to put the ultimate power of the block size limit into the hands of users; however, in the past, Andresen has stated his preference for BitPay Co-Founder and CEO Stephen Pair’s simple, adaptive block size limit proposal.