Bitcoin Core Developer and Bitcoin Foundation Chief Scientist Gavin Andresen was recently interviewed by Brian Fabian Crain and Sébastien Couture for an episode of Epicenter Bitcoin. The conversation mainly focused on Bitcoin governance and the various ways in which developers can come to consensus on changes to the Bitcoin protocol. At one point during the discussion, Andresen made it clear that Bitcoin needs a new method of governance that could potentially lead to an improved process for reaching consensus on new proposals. 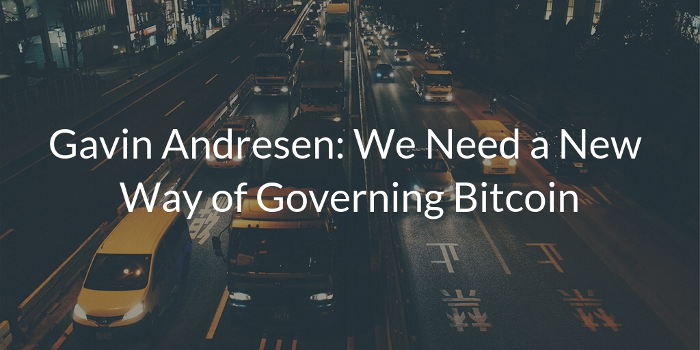 What is Bitcoin Governance?

Before talking too deeply about Bitcoin governance, Andresen made sure to define exactly what he means when he talks about this topic:

It appears that some individuals in the Bitcoin community mistakenly believe that Andresen is talking about some sort of monolithic governing body that could control Bitcoin when he speaks of Bitcoin governance, but it’s clear that this is not the case. Andresen continued by describing this often-misguided interpretation of the conversation:

“I think a lot of people when they hear governance, they immediately go to a nation state governing and deciding what we can and can’t do, and that really isn’t what I mean when I say governance.”

The History of Bitcoin Governance

In addition to defining what he means by Bitcoin governance, Andresen also discussed the history of how protocol changes were made in the past. He started by describing the early days in which Satoshi Nakamoto essentially acted as a benevolent dictator:

“If you go back in history, it was really simple. It was whatever Satoshi decided at the beginning. That’s really where we started. We had one source code. We had one [pseudonymous] person who made all the decisions about what should Bitcoin be, how should it evolve, and what should it do.”

After Satoshi left the project in 2011, Andresen then decentralized the consensus process to include four other members (in addition to himself) with commit access to the Bitcoin Core GitHub repository:

“As soon as Satoshi stepped back and threw the project onto my shoulders, one of the first things I did was try to decentralize that. So, if I get hit by a bus, it would be clear that the project would go on. That’s why, at this point, there are five people who have commit access to the GitHub Bitcoin source tree. And there’s kind of this consensus process for what changes are made to the code -- and even what consensus-level, low-level changes to the Bitcoin rules should happen.”

While the current model of five Bitcoin Core maintainers has worked somewhat well up to this point, it’s clear that there are now many more people who believe their input should be involved in the consensus process. Andresen briefly touched on this problem during his interview on Epicenter Bitcoin: 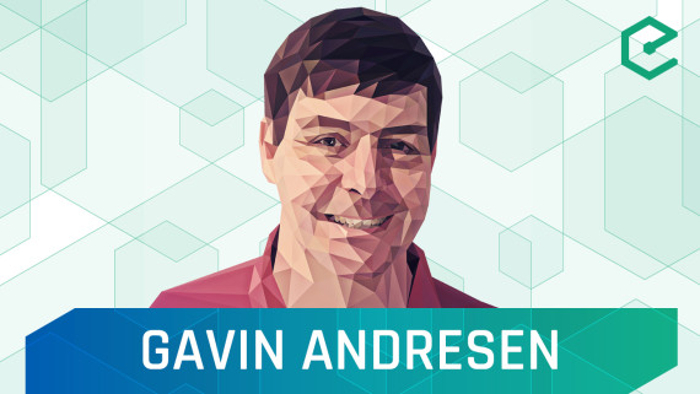 Finding a New Method of Governance

It’s clear that finding a new method of consensus for changes to Bitcoin will not be easy. Although having a benevolent dictator makes it easier for changes to find their way into the main codebase in a timely manner, Andresen made it clear that this is not something any of the five Bitcoin Core maintainers are interested in right now:

“I don’t think any of us, especially [the five Bitcoin Core developers with commit access], want to be the high priest of Bitcoin . . . We need to find a new way of governing, a new way of coming to decisions and having everybody be happy about the process and the decisions that are reached.”

Andresen mentioned prediction markets as a possibly helpful tool when searching for consensus on a change to Bitcoin, but he also admitted that there don’t appear to be any perfect solutions for making these kinds of decisions in widely-distributed systems:

“We’ll see going forward what happens. I don’t know. Maybe prediction markets will be a good way of gauging consensus. I know that’s an idea that people have. I think that would be fantastic to see wisdom of crowds condensed in that way where people actually have some value at stake. I think it’s still an open problem as to how do you get these diverse stakeholders to come together, come to consensus, and to communicate . . . I don’t think it’s been completely solved anywhere where you have a distributed way of making decisions.”

Andresen is a fan of having multiple implementations of Bitcoin, and it appears he’s attempting to alter the governance model again through his work on Bitcoin XT with Mike Hearn. One could view this alternative implementation as yet another experiment in the search for a proper consensus mechanism in Bitcoin development.