Having followed Lightning Network development since the release of the white paper in 2015, it’s really exciting to finally get to grips with live Lightning applications (or “lapps”). Satoshi’s Place is a great example of what Lightning does best; quick, cheap micro-transactions.

Satoshi’s Place, or “SP” to its friends, is a digital graffiti wall spanning a million pixels. Each and every pixel alteration costs a single satoshi. The best part is the near-instant feedback. Paint something (or code a bot to do it for you), scan the payment code, et voilà your masterpiece appears to the world in seconds. 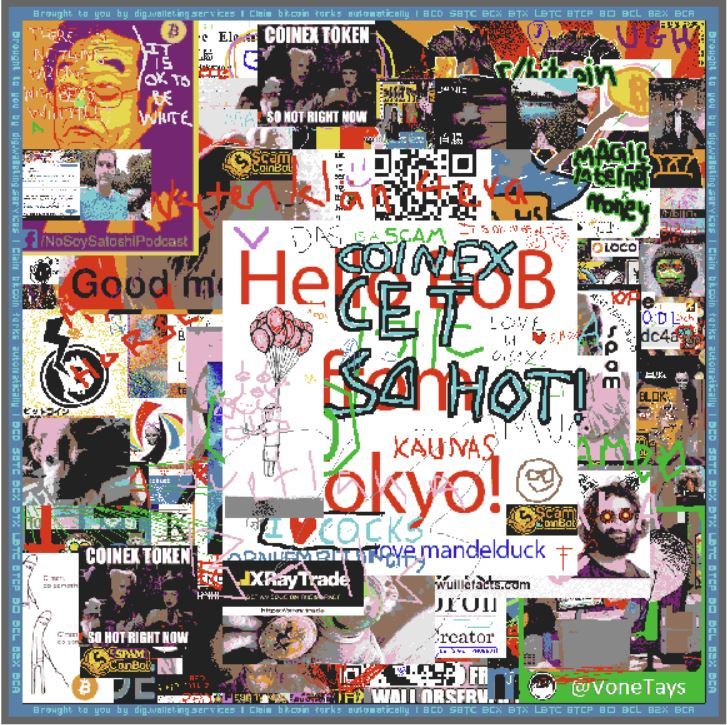 The chaotic state of Satoshi’s Place at the time of writing.

SP has proven popular since its launch in May 2018, attracting thousands of users and forming the basis of an active Telegram group. Perhaps the most surprising aspects of SP and its related group are the numbers of Bitcoin Cash (BCH) supporters both have drawn.

Bitcoin Cash fans spent countless satoshis keeping a doctored version of Satoshi Nakomoto’s white paper and an image of the infamous “BCH tank” on the canvas. Bitcoin Cash fans were equally active in their BCH advocacy, as well as their criticism of Bitcoin and the Lightning Network. Ryan X. Charles and Rob Danielson, developers of the BCH apps Yours and tippr respectively, even went so far as to conduct a video discussion on the subject. Such strong interest begs the question…

Is Bitcoin’s Lightning Network a Competitive Threat to Altcoins?

Roger Ver, the most prominent Cash proponent, frequently advances the narrative that, whereas BTC is “only used” as a store of value, BCH’s comparatively low fees make it a better transactional currency. Ver often cites the example of buying a cup of coffee. 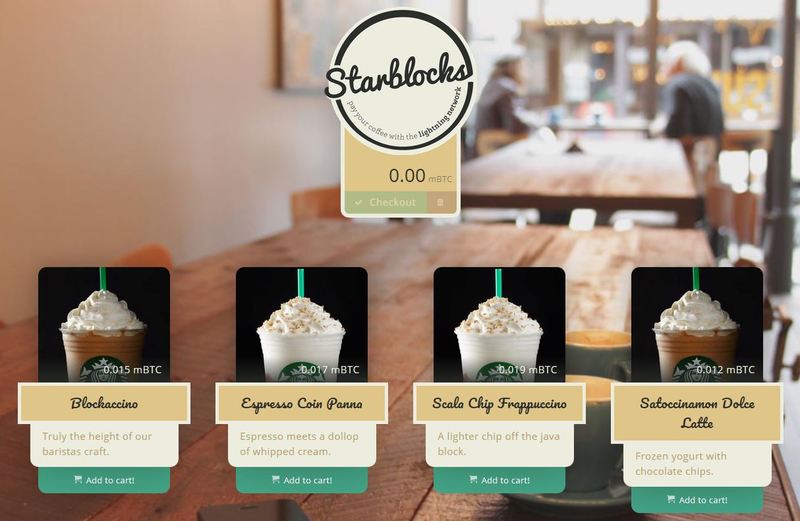 However, as the Starblocks site demonstrates, Lightning even in its current beta state allows for near-instant coffee purchases with negligible fees. As it’s impossible for on-chain transactions to compete with Lightning for speed or cost, the only remaining battleground is security.

Here again, Lightning emerges as the clear winner due to its cryptographic linkage to Bitcoin’s blockchain, which is far and away the most costly chain to attack. While it’s true that 0conf (zero confirmation) BCH transactions are also near-instant, they’re provably unsafe for merchants to accept due to their potential for double-spend abuse.

Altcoins with faster block times (such as Ethereum) face similar security issues for rapid purchase applications, being at greater risk of chain reorganization. As for non-Proof of Work coins, these invariably demand trust in a central entity or distributed group of entities, making them less secure by design.

Given the foregoing, it appears that altcoins whose value proposition depends on low fees and short confirmation times may soon find themselves squeezed between Lightning’s greater suitability for retail payments and Bitcoin’s acknowledged superiority as a store of value. This could lead to an environment in which rival coins are forced to innovate to retain market share, as “faster and cheaper than Bitcoin” will no longer apply or serve for marketing purposes.

Currently, Lightning can only route payments below roughly $50 with 95% or greater reliability. The maximum payment which can be transmitted at this time is 0.042 BTC (roughly $275 in early July 2018).

YeOldDoc’s graph of the chances of successfully routing a payment over Lightning.

The value the Lightning Network can reliably transmit will increase in future with the following developments:

Therefore, we can say at this time that any payment advantages which altcoins enjoy over Bitcoin exist only between the $50 point up to some fuzzy level ($1,000?) at which Bitcoin’s greater liquidity compensates for the slippage experienced when converting the altcoin on an exchange.

As Lightning progresses, Bitcoin’s dominance may be expected to rise as the payment utility of altcoins is further compressed. This should bring greater evolutionary pressures to bear across the cryptocurrency space. Less competent coins will die off, other coins will be spurred to innovate, and the remainder will be forced to adapt to the Lightning Network.

Atomic swaps allow SegWit-compatible coins to be exchanged trustlessly, rapidly, and without the involvement of third parties. Atomic swaps were demonstrated between Bitcoin / Litecoin / Vertcoin / Decred in 2017 by Charlie Lee. Beyond forming a basis for convenient decentralized exchange, atomic swaps should enable all compatible coins to participate in each other’s Lightning Networks.

Inter-operability between various Lightning Networks will add greatly to the utility of all participating coins, at the expense of coins incapable of participation (all non-SegWit coins). Bitcoin’s LN will surely be the largest, due to Bitcoin’s greater network effect, and will enjoy the backing of the most secure blockchain. As such, BTC is likely to derive the most benefit from the overarching LN. New users will more likely buy BTC to access the LN, rather than a compatible altcoin which requires the extra step of atomic swap conversion to pay the majority of stores.

According to Lightning Network Stores, 60 businesses have already incorporated BTC Lightning payments, with 6 more set to follow. The payment services CoinGate and BTCPay have both announced Lightning support, lowering the barriers to entry for further businesses. This reveals a promising rate of adoption, especially for a protocol whose three major implementations (Lightning Lab’s Lightning Network Daemon, Acinq’s Éclair and Blockstream’s C-Lightning) only entered beta phase in late June.

This rapid growth in retail adoption - so reminiscent of the early days of Bitcoin, with all kinds of crazy stores and services popping up - is likely to attract many new users if it continues (or indeed, accelerates). New users attract more businesses, generating a positive feedback loop. As Bitcoin already has the most users, Lightning Network adoption is primed to explode with the introduction of simplified, reliable user interfaces, perhaps as extensions to existing wallets. 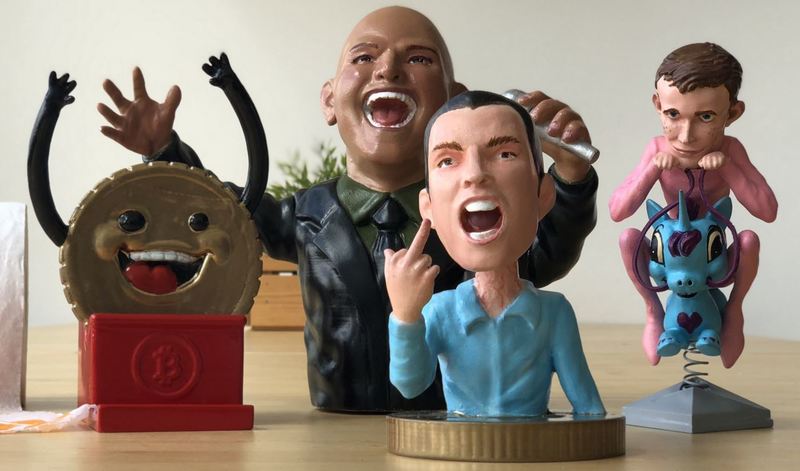 When the average person first hears of cryptocurrency, their initial response is to ask whether they can use it for some everyday purchase. While this experience can be approximated with crypto debit cards, Lightning is able to finally make direct, crypto-only point-of-sale transactions feasible. By bringing crypto into the familiar realm of brick-and-mortar shopping, Lightning can overcome commonplace psychological hurdles to the mainstream adoption of crypto. 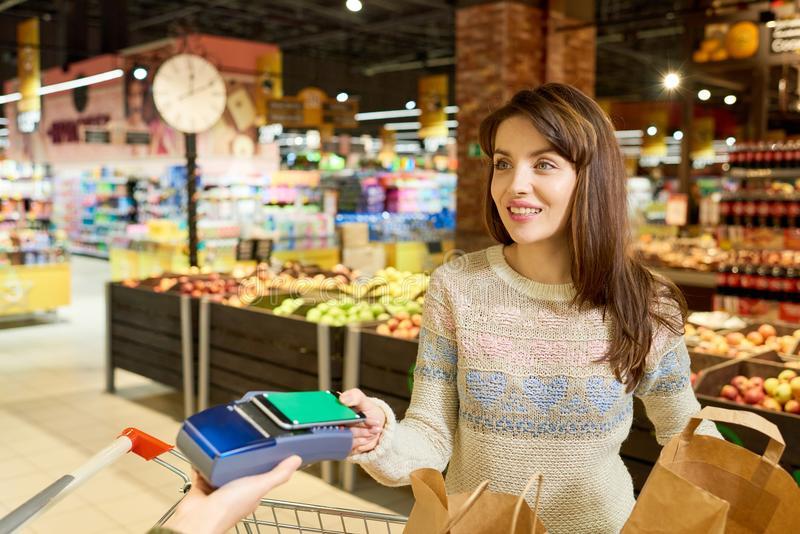 Lightning is more than an upgrade or scaling solution for Bitcoin; it’s an entirely new platform with technical possibilities well beyond those of most altcoins. If Lightning were an ICO, it could raise a king’s ransom; as a free upgrade it offers incredible value to Bitcoin holders. If the Lightning economy develops to the extent that it attracts new users, it could provide Bitcoin with an additional first mover advantage, this time in the Layer 2 space.

How to Claim your Uniswap Tokens

Cybersecurity Tips to Protect Yourself Online with HackenAI