In order to scale to a global user base, many of the Bitcoin Core contributors believe new protocol layers will need to be built on top of the Bitcoin blockchain. While developers of Bitcoin Classic, an attempt to implement an alternative Bitcoin protocol, are more bullish on the idea of scaling Bitcoin via on-chain means (in addition to other options), the majority of contributors to Bitcoin Core see off-chain solutions as a more practical approach to the issue.

During a recent blockchain-oriented event hosted by Ledger Labs in Toronto, Bitcoin Core contributor Peter Todd shared some of his thoughts on how Bitcoin should scale, noting that the decentralized nature of blockchains make them more useful as a base layer than centralized options for specific purposes. 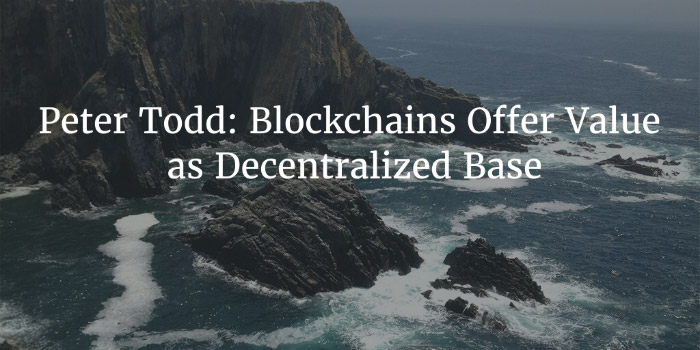 Building on Top of a Decentralized Layer

The topic of scalability was brought up frequently during the recent event in Toronto, and Peter Todd pointed out that Bitcoin’s base layer must remain decentralized for any meaningful scaling to take place. Todd noted:

“There’s a lot of things you can build on top of a decentralized layer. If I have something that’s actually censorship resistant and that is free from control, I can write crypto that makes use of this layer to let multiple parties transact with each other directly with much-less trust than they otherwise would.”

In Todd’s view, it is preferable for security tradeoffs to be made at the layers above the Bitcoin blockchain.

The best example of a blockchain enabling new types of low-trust payments at a higher level may be the Lightning Network. This is a system that extends Bitcoin’s functionality via smart contracts. Peter Todd discussed the security tradeoffs of the Lightning Network during the recent event:

“For example, in the Lightning Network, or even payment channels in general, because we have this decentralized blockchain, I can go route payments through you, and the worst you can do is temporarily hang on to my money. Yes, you can go and hold my money hostage -- for say, a few days, a week, or whatever it takes (whatever we choose to agree to). But that’s a temporary thing, whereas, without that decentralized layer, you would have the people underneath that -- who can, at best, hold your money hostage or, more likely, steal it entirely.” 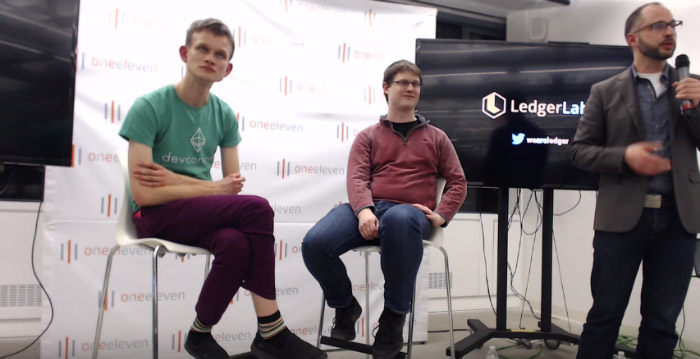 Can’t Build Decentralization on Top of Centralized Base

Peter Todd then contrasted the current form of the Lightning Network, or any other decentralized system, with similar systems that could be built on top of something like PayPal, which is centralized. He explained:

“I can’t build a decentralized thing on top of PayPal because, ultimately, PayPal calls the shots, and the closer Bitcoin looks to PayPal, the less useful and less different it is from the alternatives. Simultaneously, we are competing with the PayPals of the world who can do this stuff anyway.”

The differences between the blockchain and PayPal is a topic that Todd often brings up when talking about the real level of decentralization in Bitcoin. In the past, he has noted decentralization is the only thing that differentiates Bitcoin from traditional payment systems, which is why he is willing to defend the peer-to-peer digital cash system against any trend towards centralization at the base protocol layer.