Early Bitcoin Investor Roger Ver was recently interviewed by Paul Buitink on reinvent.money, and the conversation eventually turned to the increasingly popular topic of permissioned blockchains and shared ledgers. A permissioned blockchain is essentially a shared database between multiple parties where blocks are signed and approved by a group of entities rather than proof-of-work miners. Some banks believe that this version of Bitcoin’s innovative blockchain technology will help cut costs and lower processing times on money transfers, but Roger Ver believes that the best way to take advantage of the technology is to use Bitcoin’s decentralized ledger. 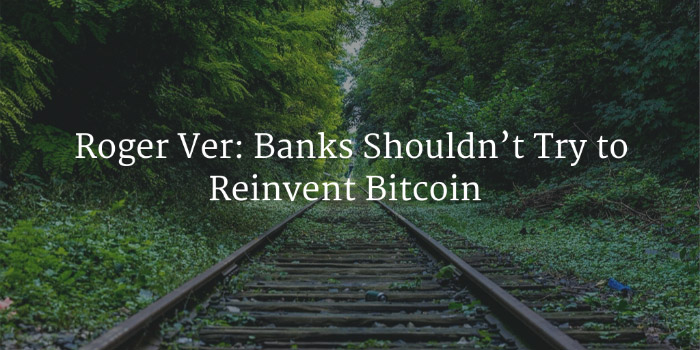 Banks are Shying Away from Bitcoin

When asked for his thoughts on permissioned ledgers owned and operated by large banking institutions, Ver initially noted that it’s great to see this kind of interest in blockchain technology from big players in the world of finance. Having said that, he also noted that banks seem more interested in using Bitcoin’s underlying technology rather than the actual network:

“Now, they’re shy to use the word Bitcoin, and they’re kind of shying away from that whole thing. But, it’s so clear. We already have this giant Bitcoin ecosystem with tens of thousands of merchants and millions of users around the world, and these are all on the Bitcoin network and the only tokens that are on the Bitcoin network are bitcoins. It’s going to have to make sense for banks to plug into that network rather than trying to build their own from scratch, and I think that’s going to happen.”

No Need to Reinvent the Wheel

Although the bank executives seem more interested in Bitcoin’s underlying blockchain technology, Ver has also talked with many of the researchers who are looking into the peer-to-peer digital cash system for some of the world’s largest banks. During his interactions with these individuals who are dealing directly with the technology, Ver claims that the researchers are able to clearly see why it makes sense to plug into the Bitcoin network rather than creating an entirely new system:

“You know, I’ve met with a fair number of bankers and the people who are helping to do the research for them, and I set them up with a bitcoin wallet and I sent them a little bit of bitcoin and they see it right there before their eyes. And I explain to them -- it’s not just this one wallet. There’s an entire ecosystem with millions of users and tens of thousands of businesses out there that are already using this, and all you have to do is plug into that and boom -- you’re connected to everyone all over the world in this network that already exists and they realize, ‘Yeah. Why would we try to reinvent the wheel when this is already available to us?’” 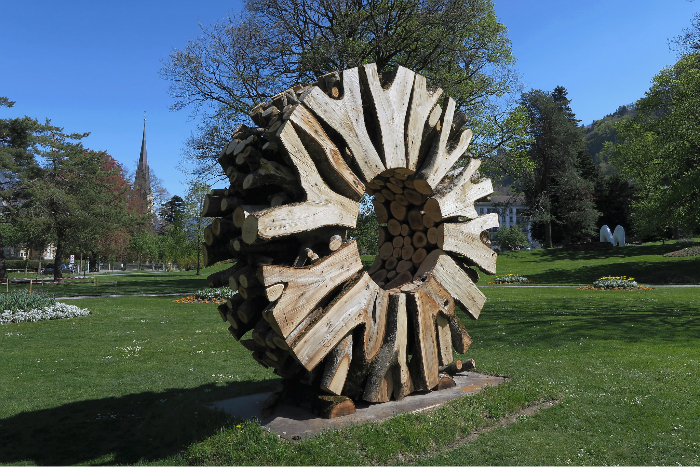 It was at this point that Paul Buitink noted that he also talks with executives and other representatives from various banks, and he doesn’t see anyone claiming that they wish to use the Bitcoin blockchain. From his point of view, banks are only interested in using the technology for cutting costs and processing times on money transfers.

Trader, Entrepreneur, and Economist Felix Moreno was also featured on this recent episode of reinvent.money, and he agreed with Ver’s contention that the Bitcoin blockchain should be preferred over privately shared ledgers. Although he seemed to concede that banks will likely attempt to create their own shared ledgers, he also noted that these “Ripple-like” systems could also make it easier for the average person to gain access to bitcoin. Moreno used the Internet as an analogy while making his point:

“The moment they have their own token and that token can be transacted relatively freely -- say we have thirteen banks or fifteen banks using a shared ledger...and they can send money to each other using that Ripple-like system...the moment they have a denomination that can be exchanged between their users, then it can be exchanged for bitcoins using things like ShapeShift.io...So, they start connecting directly to the Bitcoin network. As Andreas Antonopoulos said, they start creating all these internets, then suddenly they start connecting these internets to the Internet. Then, suddenly they decide, ‘What’s the point of having an internet [with] very limited functions. We might as well be on the proper Internet, the Internet of money, which is Bitcoin.’”

The evolution of shared ledgers and blockchains will be a key area of finance to watch in the coming years, but it’s still unclear if Bitcoin will take over as the main network of money in a manner similar to the Internet.