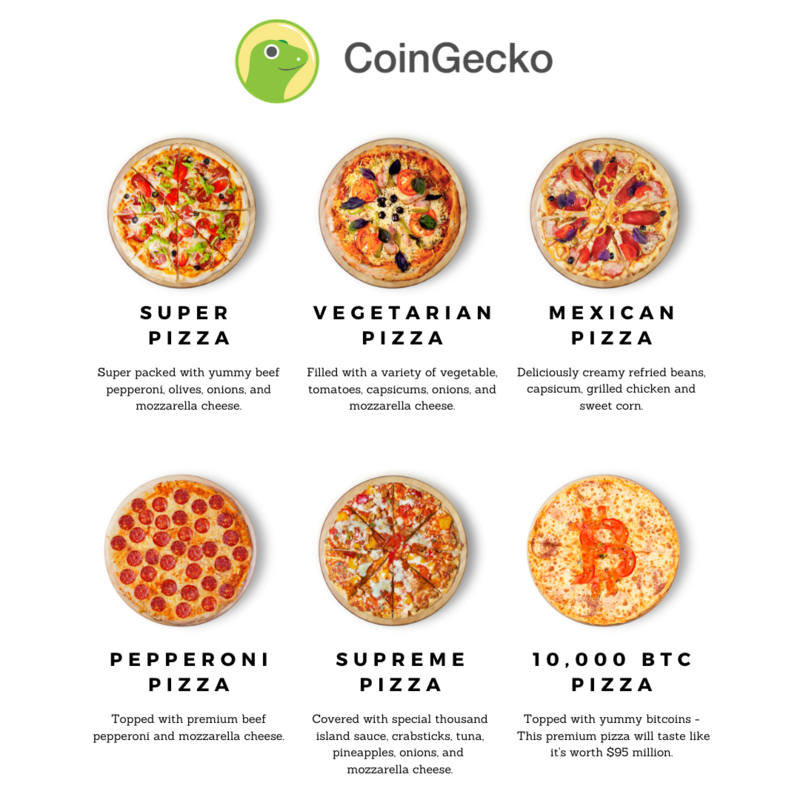 Celebrating the 10th year anniversary of the first Bitcoin transaction

May 22 marks the anniversary of the first-ever IRL purchase made with Bitcoin.  Back in 2010, Laszlo Hanyecz made history when he bought two Papa John’s pizza (worth USD 25) for 10,000 BTC. At the time, the world’s first cryptocurrency was only a year old and the hungry ‘Bitcoin Pizza Guy’ thought it was a bargain.  It was only 9 months later that Bitcoin hit parity with the US dollar and well… the rest still history in the making.

Let’s all raise a slice in celebration of #BitCoinPizzaDay!

Tag @coingecko and share with us how you’re celebrating this momentous occasion.