Coinbase Co-Founder Fred Ehrsam was recently interviewed on the 1776 Podcast. During the interview, the former trader at Goldman Sachs shared his vision of how Bitcoin will affect the world over the next few decades.

Ehrsam claimed payments will look drastically different in the next 20 to 50 years, and he also discussed how Bitcoin could improve the overall quality of the Internet by destroying the incentives for banner advertisements and spam. 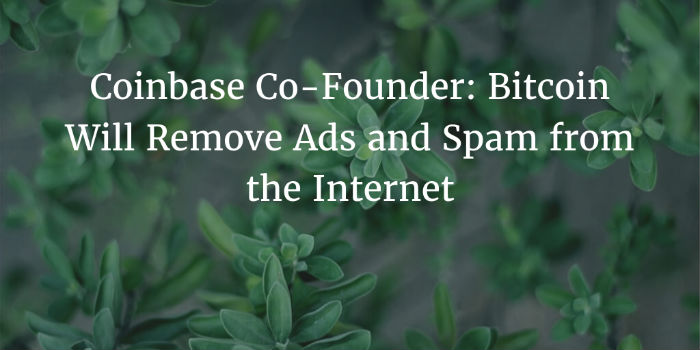 Coinbase Will Still Be the Easiest Place to Use Bitcoin

When asked about Coinbase’s usefulness in a few decades, Ehrsam stated, “I think Coinbase [will] still [be] the easiest place to use bitcoin.”

Having said that, Ehrsam thinks what it means to use bitcoin at that point will be entirely different. He also added:

“[I think bitcoin will be] at least 100x the magnitude [of where it is today]. Well, if we’re going 50 years into the future, maybe four more orders of magnitude bigger or something like that.”

Fred Ehrsam also sees the payments industry changing quite drastically over the next few decades. In addition to traditional payments looking vastly different, Ehrsam noted that entirely new types of payments, which were not possible in the past, will also be popularized in the coming decades. 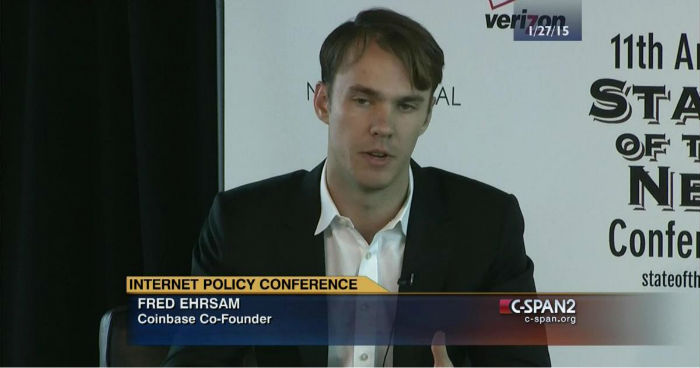 Eventually, Ehrsam believes the concept of making a payment will be abandoned in certain situations. Instead, value transfers will happen automatically in the background on Internet-connected devices. Ehrsam explained:

“I think payments, as we think about them today, will look drastically different. In other words, I think there will be many different processes on the Internet and on Internet-connected devices where the notion of even having to do something to make a payment entirely goes away.”

This is a vision that is also shared by 21 Inc. The company views bitcoin as a system resource (in addition to a currency) that can be used to purchase other system resources (and basically any other digital good or service) automatically in the background of devices that have a Bitcoin chip. Early versions of what could be made possible in this area are already in the works by some developers thanks to the 21 Bitcoin Computer.

ProTip is another project that shares this vision. With this Chrome extension, users are able to seamlessly tip digital content creators based on the amount of time spent consuming that content each week. Ehrsam shared a specific example of his vision in this area that sounds somewhat similar to ProTip:

“Imagine a system where you have some set of permissions, if you will, of ‘I’m willing to spend this much per month on this service’, and you literally just go about your life and all the payments are entirely in the background.”

It should be noted that there is a difference between tipping and paywalls, and it seems unclear which system of Bitcoin-powered micropayments will be preferred by Internet users over the long term. Of course, it’s possible that the majority of users will prefer to pay for their content via other means, such as sharing personal data or viewing advertisements.

Removing Ads and Spam from the Internet

Brave Software has released a new browser that will replace intrusive ads with cleaner, privacy-protecting options, but they also plan to eventually include a bitcoin wallet in the browser, which will allow users to easily pay for content or tip content creators. The CEO of Brave Software is Brendan Eich, who created Javascript and co-founded Mozilla.

Part of the problem when someone attempts to predict the future of Bitcoin-enabled applications is that some of the best services may be unfathomable at this point. Ehrsam indicated that the platforms for creating entirely new systems in the payments space will power new applications that could not have existed in the past. He stated:

“Effectively, I think that economic incentives in the Internet now exist such that a whole series of services that could never have existed before now do.”