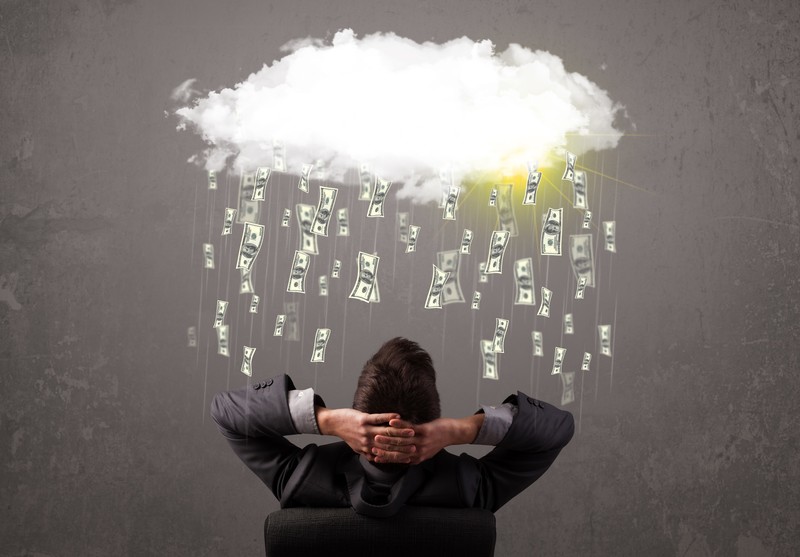 If you’ve been around cryptocurrencies for a while, you’ve probably heard the term ‘airdrop’ bandied about, usually accompanied by a lot of anticipatory excitement. In this guide, we are going to teach you everything you need to know about airdrops, including what they are, how they work, why people do them, and how you can qualify for one.

What is a Cryptocurrency Airdrop?

An airdrop is completely different from an Initial Coin Offering, which is used to raise funds from investors for a specific project. However, an airdrop may be used as part of an ICO as part of the distribution and promotion phase. (Also read: 3 Things To Consider Before Investing in an ICO)

Why do a Cryptocurrency Airdrop?

As we said earlier, an airdrop is literally free cryptocurrency. So why do this? There are two parts to this answer. The first part is marketing and the second part is as a distribution mechanism.

Airdrops Are an Effective Marketing Tool

There are currently over 1,900 different cryptocurrencies on the market today. It’s a crowded field that is only getting more packed. As such, new tokens must generate as much awareness as possible in order to succeed and airdrops are a proven way of doing so. After all, who doesn’t like free money? With ICO advertising banned by most major online platforms, airdrops have stepped up as a marketing alternative.

Airdrops also help build a community surrounding a token. While the amount of tokens received per person would be comparatively small, the number of people receiving them would be large. This creates an immediate community of token users and holders.

The awareness and community creation effect of airdrops may then have a positive effect on the token’s demand. First,  there’s a chance that people who are gifted these free tokens may do more in-depth research on the project and decide to acquire more tokens. Second, thanks to the endowment effect, people might assign more value to the token they hold than if they had seen it on the open market.

Finally, airdrops can also serve as a lead generation and referral campaign. Many airdrops require users to join their Telegram group, follow and retweet them on Twitter, or even provide email addresses. Some airdrops also give out referral rewards to further promote a token.

While marketing and promotion may seem like an obvious reason behind conducting an airdrop, this second reason has been taking off in popularity recently. If you follow ICO-related news, then you know that financial regulators all around the world don’t have the most positive view on ICOs and have been stepping up enforcement against them.

The key regulatory question haunting ICOs is, do they qualify as a security offering? There is a lot of debate surrounding this question on both sides, which has created a highly uncertain regulatory environment.

This uncertain environment has made public sales of tokens riskier, which has led to the increased trend of skipping the public sale portion of an ICO altogether. According to TokenData, in the first two months of 2018, 84% of funds raised by ICOs came from private sales. After the completion of the private sales, airdrops are then used to distribute the tokens and reward early supporters of the project.

Of course, this is not to say that airdrops are guaranteed to avoid the attention of regulators. Two months ago, video streaming ICO Stream cancelled its plans for a post-private sale airdrop, citing ‘regulatory uncertainty in the United States’. Stream’s official blog has not been updated since said announcement. DFINITY has also barred US residents from participating in its $35 million airdrop, citing similar reasons.

Airdrops have also been used as a distribution mechanism in the case of hard forks. The most famous example of this was when Bitcoin Cash gave Bitcoin holders an equivalent amount of BCH when it forked from Bitcoin in August 2017.

How Can You Participate in a Cryptocurrency Airdrop?

Airdrops can be pre-announced or be a total surprise. For surprise airdrops, tokens are randomly distributed to Ethereum or Bitcoin addresses. Pre-announced airdrops may have differing prerequisites, so we can't give you a full list of participation requirements for every single airdrop out there. That being said, here are some basic things you would need to participate in an airdrop.

The above are just some of the most basic tools you would need to participate in an airdrop. There is also an increasing tendency for airdrops to implement stricter KYC requirements, almost similar to an ICO. While this is perhaps a necessary precaution to navigate the still uncertain regulatory environment, it may also reduce the popularity of airdrops.

Where Can I Find Information About Upcoming Airdrops?

With the increasing popularity of airdrops, there are a number of airdrop aggregator sites out there such as Airdrop Alert, AirdropsMob, Coinairdrops, Airdrop Addict, and Airdrops Live. There are also many Twitter accounts and Telegram groups, both public and private, dedicated to airdrops. And if you’re truly dedicated to earning cryptocurrencies through airdrops, there are also paid subscription services out there.

As we’ve written before, scammers continue to plague the cryptocurrency community. And with airdrops being literally free money, one popular scamming tactic has been to create fraudulent airdrops, including impersonating legitimate ones. Here are some key rules that you should follow to keep yourself safe from such scams.

Conclusion: Will Airdrops Last in the Long Term?

At present, it does look like airdrops are here to stay. But their increasing use may paradoxically reduce their effectiveness. If you wake up one morning and I find a couple random tokens in your wallet, your curiosity might be piqued. But if instead you find five different random tokens, they can quickly begin to feel like spam instead. Also as they become more popular, regulators may start cracking down on them as well.

Thus, over the long term, we may see a continued increase in their popularity followed by a peak and subsequent drop-off. In the meantime, enjoy your free tokens!