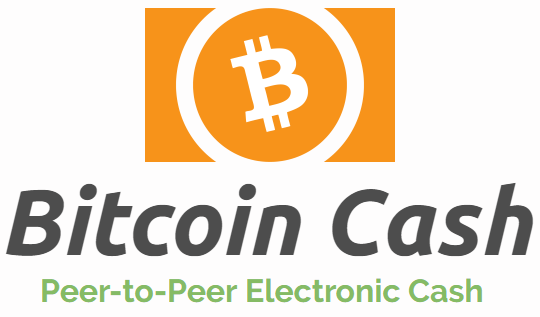 In short, the current BCH is the product of 2 major contentious hard forks. The first contentious hard fork caused it to split off the original Bitcoin network on 1st August 2017, which was then followed by another split on the Bitcoin Cash blockchain on 15th November 2018. If you need a refresher course on hard forks, we recommend that you read one of our earlier posts in the series pertaining to Ethereum Classic.

Bitcoin Cash (BCH) was conceived when a certain group of Bitcoin developers became dissatisfied with Bitcoin’s overall scalability direction. Without going into the technical details or the pros & cons, two of the ways which developers feel can be used to scale Bitcoin are:

Certain members of the Bitcoin community such as Roger Ver feel that the implementation of SegWit without increased block size would prevent the growth of Bitcoin as a currency. Together, this group formed a plan to split from the Bitcoin blockchain and created Bitcoin Cash with a larger block size limit of 8 MB.

Bitcoin implemented SegWit but the newly forked Bitcoin Cash did not implement SegWit. The Bitcoin Cash block size was subsequently increased from 8 MB to 32 MB on 15 May 2018.

BCHABC aims to maintain and upgrade the current functionality of Bitcoin Cash. On the other hand, Bitcoin SV (BSV), led by Craig Wright and NChain, aims to include radical changes, such as transitioning the network to allow smart contract capability to make it more enterprise friendly. Both sides are convinced that only one implementation can be included in the network upgrade and it should be theirs.

Debates on implementation broke into ugly infighting as proponents of both camps began publicly lashing out at each other online. The network upgrade resulted in a contentious hard fork, where different nodes upgraded with different implementations (depending on who they support) and a competition for the longest chain went on in an attempt to “kill the other network”.

In the end, both BCHABC and Bitcoin SV survived the initial onslaught with the former being recognized as the proper Bitcoin Cash by most people in the cryptocurrency industry. 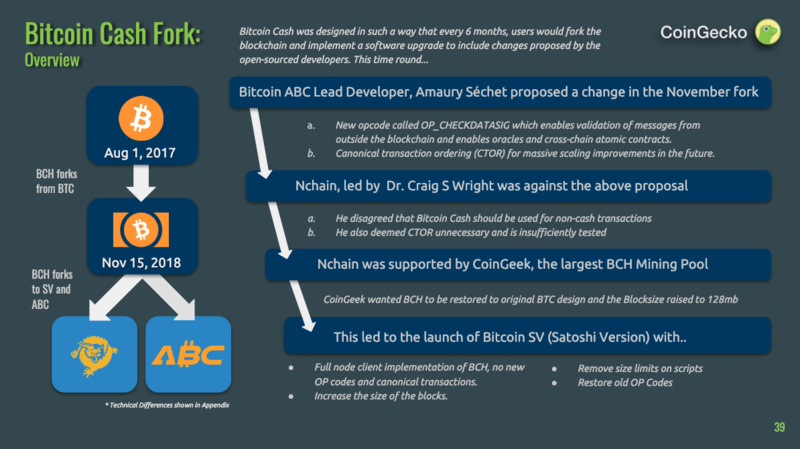 One of the most prevalent topics of confusion in the aftermath of a contentious hard fork is what happens to a user who initially had private keys or coins in the pre-forked chain.

Due to the nature of a hard fork, all blockchain data prior to the Hard Fork is copied to both new chains. Ergo, if you owned 1 bitcoin before August 1 2017, you now have 1 bitcoin and 1 bitcoin cash, which can both be signed using the same private keys.

However, that does not mean you can transfer your Bitcoin Cash over to the Bitcoin network and magically allow you to own 2 bitcoins. Your bitcoin cash and bitcoin exists on two different sets of blockchains now. Mistakenly sending your Bitcoin Cash to a Bitcoin or Bitcoin SV address will often mean the loss of your coin.

This one’s for all you block geeks out there! Below are some of the technical specifications between BTC and BCH, compared side by side. Similar parameters such as block time (10 minutes) are left out of the table.

The openness and freedom of innovation that comes with open-source cryptocurrency projects often mean that disagreements and parting of ways will happen due to disagreement in ideals. This is the beauty of an open source peer-to-peer cryptocurrency where the success of each coin is democratic and meritocratic. Combine this with the free market, and you will be able to gauge the sentiment towards a certain project.

Lastly, despite the tumultuous history and existing contentions between the communities of Bitcoin and Bitcoin Cash, both projects will co-exist and each serves a different purpose. There’s a lot more to learn about all these, so if you would like to know more, we have linked a few of the resources below for your reading pleasure:

Market Research Analyst at CoinGecko and cryptocurrency fan since 2014. I like to geek out about things in the crypto space. You can read some of my stuff at kristiankho.com. Follow the author on Twitter @Kristian_Kho

We got our hands at the Trezor Model T and wrote a review of this new hardware wallet by SatoshiLabs.