Pi Network: Is This Cryptocurrency A Scam? 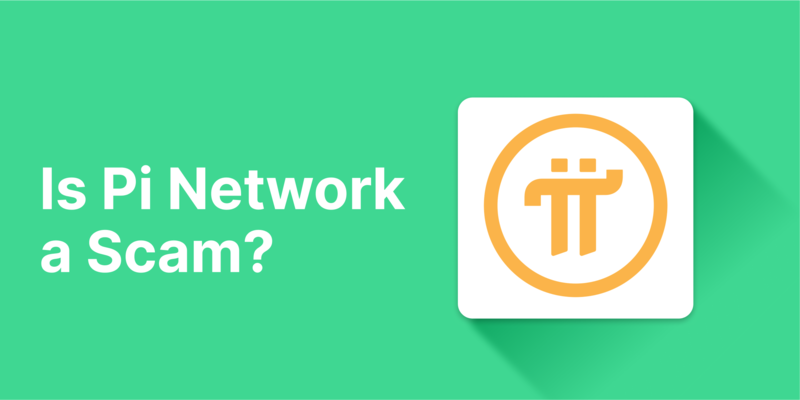 What is Pi Network?

Pi Network is positioned as an attempt to simplify the accessibility and introduce more people to cryptocurrency through a simple crypto mining and management system. It was officially launched on 14 March 2019 by Nicolas Kokkalis and Chengdiao Fan.

Pi Network offers a mobile mining feature, where users can mine Pi coins on their Android and iOS devices using the Pi mobile application. Participation in the mining program was solely by invitation. After installing and setting up the application, users can mine Pi coins on their devices with a single click. Since its launch, the Pi network has garnered a large social media following and has seen incredible growth in participation with a reported 33 million members as of 2022.

Members of the Pi network are popularly known as Pioneers, and they can earn Pi coins by playing a number of roles including running a node on their personal computers, referring new members, or mining Pi coins on their mobile devices.

Note: Neither Pi coin nor any token related to this project is listed on CoinGecko. 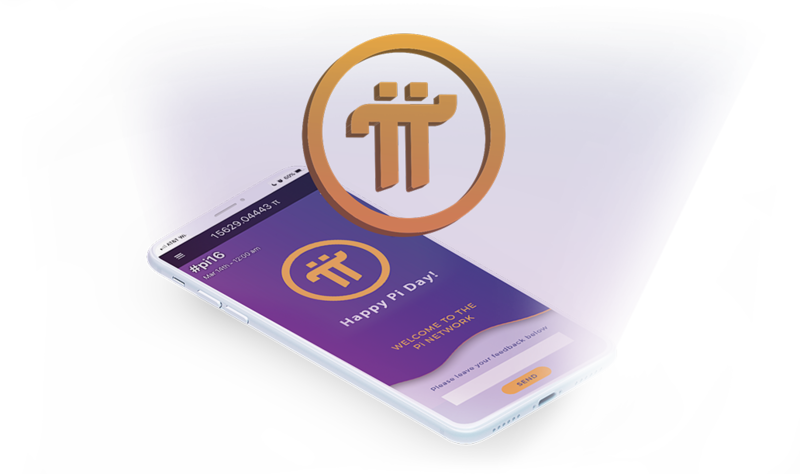 When active, miners on the mobile app connect to one or more nodes. When connected, mobile miners inquire if the transaction has been recorded on the ledger. They also get the most recent block number and the hash value of that block.

Rewards for mining the block are distributed to the node owners and the mobile miners.

Pi Network runs the Stellar Consensus protocol (SCP). SCP was developed by David Mazières, Chief scientist at Stellar Development Foundation for the Stellar blockchain. It uses a novel mechanism called Federated Byzantine Agreements to ensure that updates to a distributed ledger are accurate and trustworthy.

The SCP protocol employs a real voting system. Nodes on the network vote on the validity of a block and the next block to be mined. A block is only mined when a majority of the nodes agree that it should be mined next and also confirm its validity. The nodes that participate in this consensus are elected by the creator of the system. The SCP is energy-friendly but is criticized for being centralized.

Pi coin is the native token of the Pi Network. Users on the Pi Network earn Pi coins through mining. Holders can use their Pi coins to pay transaction fees and also perform transactions on applications and marketplaces built in the Pi ecosystem. Pi coin supply system is guided by activities on the network and distributed solely as user rewards.

There was no official pre-mine, but users who participated in the beta mining program can port their tokens to the mainnet. Unlike many other cryptocurrencies, it doesn’t have a fixed total supply.

Each user that joins the Pi Network (by creating a Pi account) is allocated a pre-determined number of Pi coins. This allocated amount is mined over time. That is, the user can only mine this allocated number of tokens throughout their lifetime. This allocation is made only to the first 100 million users on the Pi network. A reward system also exists for users who refer new members to the Pi cryptocurrency project.

The Pi coin mining protocol mints an extra Pi coin for every coin minted for a member or referral reward. This extra coin is reserved for compensating developers on the network. The total Pi coin supply is a sum of the member, referral, and developer reward, and based on their whitepaper, the mainnet supply model has a maximum total supply of 100 billion Pi.

Pi Network was launched as a research project and operated its beta phase as early as 2018. The Testnet was launched about two years later and allowed developers on the Pi Network to test certain features before they were finally deployed on the mainnet.

After much anticipation, Pi Network launched its mainnet in the last quarter of 2021. The mainnet provides a platform for pioneers to create a proper wallet and port their mined Pi cryptocurrency to their wallet and perform peer-to-peer transactions.

Check out this video tutorial to learn how you can create a mainnet wallet and transfer your Pi coins.

The mainnet migration features a KYC verification process and a list of to-dos that qualifies users to own and operate a proper wallet. If Pioneers delay their KYC verification beyond six months, their Pi will not be transferred to the mainnet and will not be accounted for in the calculation of the Pi Network system's base mining rate. This means their Pi will be reallocated for mining in the same year by other verified Pioneers.

This compulsory KYC is still a topic of popular discussion, and the project has been accused of complete centralization.

Is Pi Network a Scam?

If you have any interest in Pi Network, there’s a high chance that your interest is dashed by negative statements around the value of Pi coins and the questions surrounding the legitimacy of the project.

This is mainly due to the delay on the mainnet and listing of the Pi cryptocurrency on exchanges.

Thanks to users’ inability to move their mined Pi coins and the general sentiment on mobile mining, Pi Network was branded a ‘high-level’ marketing scheme and predicted to end ultimately as a scam. The continuous growth of the Pi Network community and the delay in listing the mined cryptocurrencies on exchanges further intensified these statements.

The Pi crypto team is attempting to prove otherwise with their recent developments. The launch of the mainnet now allows users to spend their Pi cryptocurrency, and several marketplaces are rumored to accept payments in Pi coins.

PCM does not participate in pricing. We also do not interfere with sellers' pricing. However, we will monitor the barter closely. Fraudulent behavior will be punished. You can view the relevant content in the Pi Chain Mall User Agreement. pic.twitter.com/kge0yfLqN1

The PiChain International is reportedly being developed to allow merchants to create stores and accept payment in Pi coins. Social media updates suggest the marketplace is actively being developed and nearing its initial release, though it remains to be seen.

What is the Value of Pi Network?

As of this writing, the official Pi cryptocurrency is yet to be listed on any crypto exchange (although there are other Pi tokens minted on other blockchains). That said, there have been reports of trading activities amongst peers. With the mined coins now transferrable, several analysts have offered predictions for the value of Pi coins.

The Pi network community has also made several predictions and quotations for the Pi cryptocurrency. Digital Coin Price predicts Pi coin to trade at around $0.007 at the end of 2022. The Pi community quotes even higher values for the Pi coins. Ultimately, the real value could vary significantly from these speculations.

These are pure speculations, and the real value of Pi Network will only develop after exchange listing and commencement of trading activity. As of now, because the cryptocurrency isn’t listed on any exchanges, it is impossible to gauge the value of Pi coins.

Investors should endeavor to do their own research while working with these speculations.

The big question remains about the legitimacy of Pi cryptocurrency and if it has any value.

Despite the plausible technological developments and the community the project has managed to build over the past four years, its reputation is still in question.

A majority of the cryptocurrency community is still sceptical about the legitimacy of Pi Network's mobile mining offerings and still doubts the intentions of the project. Even with the launch of the mainnet and some serious developments and adoptions going on in the Pi community, these sentiments haven’t changed too much, as the Pi coin remains unlisted on exchanges, rendering it unsellable at time of writing.

As in the case of every other cryptocurrency venture, investors are advised to apply caution. Cryptocurrencies are still high-risk investments and Pi coin is no exception.

Tell us how much you like this article!
Vote count: 9 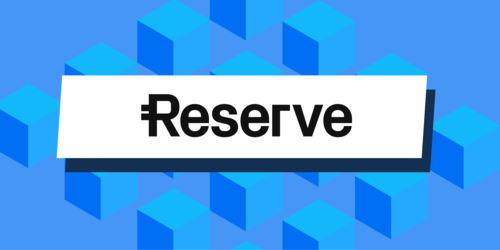 Reserve is a permissionless platform to build, deploy and govern asset-backed stablecoins. 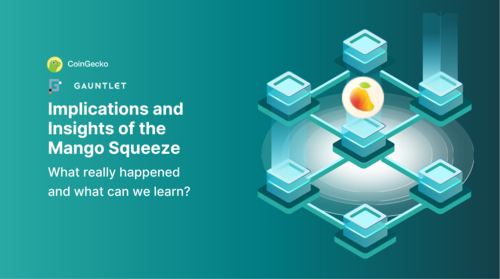 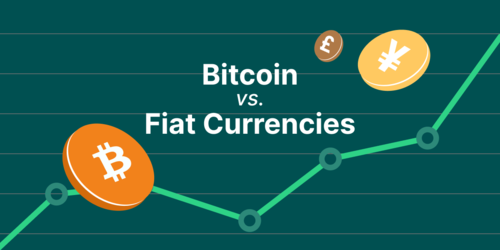 How Does Bitcoin Compare to Fiat Currencies?

Bitcoin tumbles with fiat currencies, but remains slightly ahead at a -1% price return in Q3 2022.