In the final lecture of Princeton’s Bitcoin and Cryptocurrency Technologies Online Course, Assistant Professor of Computer Science Arvind Narayanan covered what may happen with Bitcoin over the next few decades. Although it’s nearly impossible for anyone to figure out where this technology will go next, Narayanan discussed different applications, platforms, and centralized entities that could eventually be decentralized via Bitcoin.

Below are nine of the most-promising Bitcoin-powered moves towards decentralization discussed by Narayanan during his lecture. 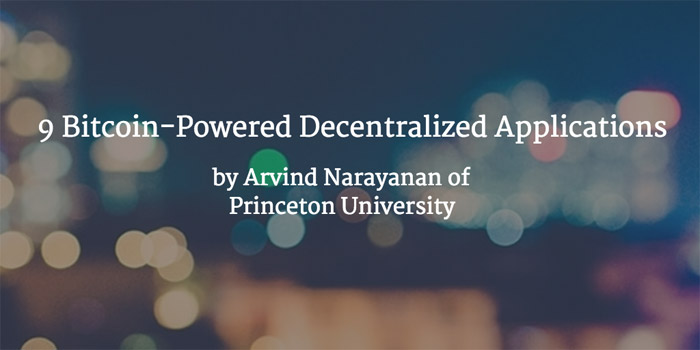 When he went through the various platforms that could be decentralized with Bitcoin, Narayanan started with “purely digital things.” He explained the simplicity of using a blockchain to decentralize the name mapping process:

“As long as you have something that’s purely digital, it’s a simple matter to use consensus technologies so that different participants can enter new values into the system, change values, or read values back. And the blockchain can be used as a record of the current state of that mapping.”

The Princeton professor also pointed to Namecoin as a good example of a decentralized name-mapping system.

Although many have heard of the current StorJ implementation that is under development through the use of an appcoin, Narayanan described an earlier version of the idea introduced by Bitcoin Core Developer Gregory Maxwell some years ago.

This early StorJ concept was described as an “agent” that lives in the cloud and is able to decide some things for itself. This agent would be able to store files for users for a certain period of time, although there is no guarantee of file storage in this version of the proposal. In other words, users will still have to make sure than an agent is reputable before they decide to trust them with their files.

The idea is that StorJ could be a decentralized replacement for current cloud storage providers such as Dropbox and Google Drive.

Decentralized random number generation is basically an unintended side effect of Satoshi Nakamoto’s invention of the Bitcoin blockchain. As Narayanan explained:

“Using Bitcoin as a beacon -- a beacon is something that ahead of time nobody should be able to predict. Once the beacon value has been generated, everybody should be convinced that the value was generated truly randomly.”

Narayanan also noted that this decentralized version of random number generation can be used to create decentralized lotteries -- as long as the lottery is denominated in the currency of the blockchain. Some centralized gambling websites already use the Bitcoin blockchain to show that their gambling systems are provably fair.

More details on how these systems work can be found on the Satoshi Dice website.

One of the more controversial proposals for Bitcoin in the past has been Zerocoin. This addition to Bitcoin would essentially create a decentralized mixing service through the use of an altcoin and atomic trading.

A more recent version of this proposal is known as zerocash, and it’s possible that it could eventually be implemented as a sidechain to Bitcoin. These proposals are a form of complete disintermediation where a centralized entity is no longer needed to perform the action of mixing. Current Bitcoin mixing applications are available, but they come with fees and require users to trust that the mixing service will not simply run away with their coins.

5. Currencies, Stocks, and Other Real-World Assets 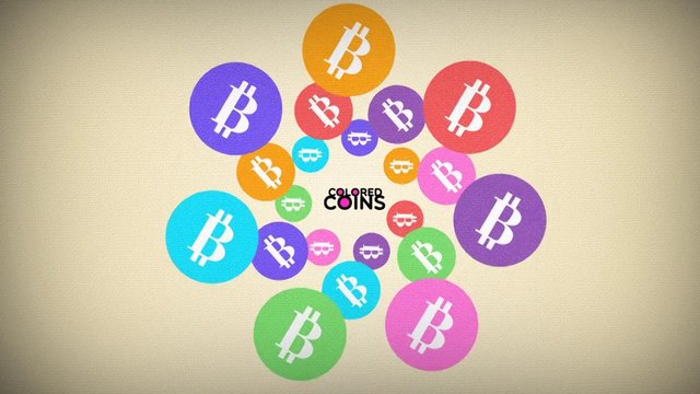 The Bitcoin blockchain can also bring quasi-decentralization to real world assets. Narayanan used Colored Coins as an example for the issuance of real world assets on a blockchain, which would allow these assets to move in the same censorship-resistant manner as bitcoin.

Of course, it’s important to remember that these non-native assets also come with counterparty risk. For example, if someone issues gold-backed colored coins on the blockchain, then everyone would have to trust that the issuer has some gold in a vault somewhere.

The idea of decentralized property ownership is a concept that is talked about throughout Narayanan’s entire lecture. Through the use of smart property, individuals may be able to prove ownership of cars, homes, computers, and other pieces of property through the use of a blockchain. The smart property can also be traded for bitcoin atomically, which technically means that there is no longer a need for car titles or property deeds.

It should be noted that this sort of decentralization could also create new problems. What happens if someone loses the private key associated with their car? What if the property rights to a home are transferred to the wrong Bitcoin address? Narayanan concludes that real-world enforcement is still needed for these sorts of activities.

A decentralized version of Kickstarter or Indiegogo can also be built on top of a blockchain, and we’ve seen action on this concept from Bitcoin Core Developer Mike Hearn’s Lighthouse project. These decentralized crowdfunding platforms are somewhat simple contracts where a certain amount of money is released to a particular party after a specific amount of money has been raised. More complex versions of these platforms may be helpful in eventually solving the public goods problem in a decentralized manner. 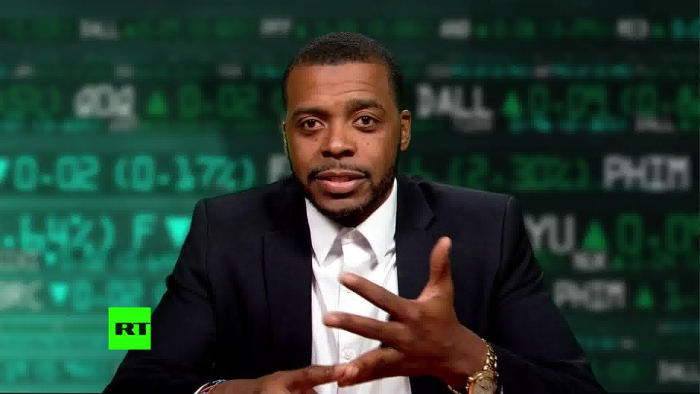 There are a variety of projects already developing software in the decentralized financial derivatives space, and such a platform already exists in the form of Reggie Middleton’s Veritaseum. These sorts of platforms allow users to hold the value of any real-world asset in a smart contract.

As a simple example, two parties could lock 10 bitcoins each into a smart contract, and the redistribution of those bitcoins back to the two parties would be decided by a data feed of the US dollar price. This essentially allows someone to hold US dollar value in a Bitcoin smart contract. In other words, it’s similar to the Colored Coins proposal mentioned above without the counterparty risk.

On a related note, the data feeds required for blockchain-based financial derivative platforms to work can also be decentralized. One such proposal is known as Truthcoin, which allows users to vote on the outcome of real-world events. The correct outcome is then put onto the blockchain, so it can be used to settle bets -- or even create new assets.

These and other decentralized applications are described in more detail in the video of Arvind Narayanan’s lecture below:

Is this the Bottom?

US's CPI Data is over 9.000% but we pumped? Macro environment suggests that this is indeed a relief albeit temporary rally.

Leverage Crypto Trading: How Does It Work?

Leverage cryptocurrency trading is when you borrow assets from exchanges to amplify your trading capacity. Read to learn more.