Berlin And The Future of Cryptocurrencies

This is a guest post by Chris Grundy from BitBond. 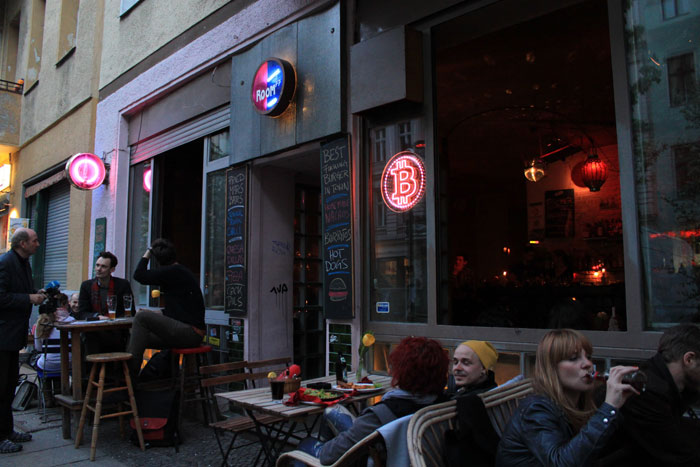 The 17th of July marked the end of the 2015 Tech Open Air Festival in Berlin. Bitcoin and cryptocurrencies have featured prominently in all four installments of the world’s leading tech festival, where entrepreneurs from around the globe come to connect, educate and be educated.

This year Thorsten Hoffman and Michael Watchulonis’s excellent film Bitcoin The End of Money As We Know It celebrated its European premier at the festival. Bitbond, Europe’s biggest bitcoin lending and investing platform, also hosted its own event, focusing on cryptocurrency’s disruptive impact on traditional finance.

Bitcoins Berlin, the Bitcoin startup incubator, brought the festival to an enjoyable close with an educational hands-on Bitcoin wallet tutorial. Enthusiasts and early adopters were ever present and it was a delight to exchange ideas and insights with hundreds of avid tech fans. Now that the stages have been dismantled, visitors have flown home and Berlin returns to normal, the buzz around Bitcoin and cyptocurrencies remains.

Indeed, Berlin has quickly become the foremost place for Bitcoin lovers. The German capital is home to the world’s first bitcoin-accepting bar as well as the excellent EpicenterBitcoin podcasts, hosted by Brian Fabian Crain. Europe’s most enlightening Bitcoin Meetup also gathers in the German capital, with many of its attendees being active members of the Federal Association of Bitcoin which fights for the rights of the Bitcoin community.

Berlin’s adoption of Bitcoin goes beyond socio-economic boundaries and is firmly rooted in the countercultural, startup philosophy of the city. Berlin, with its checkered history, is itself a startup. This is a key reason cryptocurrencies have found such fertile ground here as residents try to forge a new path towards a brighter digital future.

It is this future which is being shaped by some of the most intriguing Bitcoin startups in the world. Coyno, for example, is a Berlin-based blockchain bookkeeper with a unique focus on user-friendliness and security. Co-founder Erasmus Hagen describes Coyno as providing an innovative SaaS Bitcoin solution which enables private Bitcoin users to stay in control of their Bitcoin holdings.

Using Coyno, individuals, businesses and institutions can circumvent the tax reporting and bookkeeping difficulties when dealing with bitcoin in a personal or professional environment. With big institutions investing in blockchain seemingly every day, the Berlin-based startup offers the perfect solution to a soon-to-be burgeoning problem.

Also coming through last year's Axel Springer Plug & Play Accelerator was SatoshiPay, a blockchain startup focusing on nano-payments. SatoshiPay has set its sights on empowering content creators by allowing them to charge micro amounts for their content. These charges are fractions of a cent and may well signal the end of the paywall. Acting as confirmation of the young startup's huge potential, SatoshiPay was awarded second prize at the Coinbase BitHack.

Meanwhile, Samsung, IBM and Ethereum have banded together to develop a new cryptocurrency that could power the Internet of Things. Using Berlin-based developers, the partnership has created a cryptocurrency called Ether and is attempting to get home appliances to exchange ether with one another. This would allow ultra-modern household items to exchange information and act accordingly.

Berlin is also home to other Bitcoin and Blockchain startups further along their respective fields of innovation such as Ascribe.io and Bitbond.com. Ascribe raised $2 million dollars in a seed funding round for their ingenious solution to the problem of online ownership.

Co-founder Bruce Pon describes the solution as “a service for creators to protect their ideas and define how they want their ideas to spread.” Practically, Ascribe uses blockchain technology to inform creators if and when their work is being used across the internet, thereby redefining online ownership and empowering budding artists.

Bitbond on the other hand focuses on global P2P bitcoin lending. By providing a marketplace for lenders and investors to meet, the Berlin-based startup makes working capital available globally. Small business owners in regions underserved by banks are given the opportunity to fund their businesses and follow through on their entrepreneurial spirit. Having raised $600,000 in May, Bitbond looks set to continue the democratisation of FinTech.

In the meantime, Bitcoin’s traditional citadels are quivering. With New York’s BitLicence killing off one company after another, and Californian regulation proving equally flawed, cryptocurrency companies are taking a long hard look at suitable alternatives outside the U.S. to relocate their headquarters.

This is especially true now that the European Union’s Court of Justice seems progressive towards cryptocurrencies. With David Cameron’s ludicrous plan to ban strong encryption in the UK, Berlin seems to be by far the most appealing option for entrepreneurs in the cryptocurrency space.

These developments go beyond speculation and translate into measurable figures. This statement becomes particularly true in light of the fact that Berlin looks set to overtake London in terms of venture capital investment in 2015.

The metropolis is a thriving melting-pot filled to the brim with Bitcoin lovers, tech fans and outside-the-box-thinkers. With venture capitalists pouring money into the city, Berlin society ready to adopt Bitcoin, and Berlin-based entrepreneurs ready to break the mould, the German capital looks set to define the face of cryptocurrencies.