Shapeshift.io CEO Erik Voorhees has never been one to hold back on revealing his political beliefs to the Bitcoin community. The perpetual entrepreneur is known for his work at BitInstant, Coinapult, Satoshi Dice, and his current operation, Shapeshift.io. He has been involved with Bitcoin for just about as long as anyone else in the business. 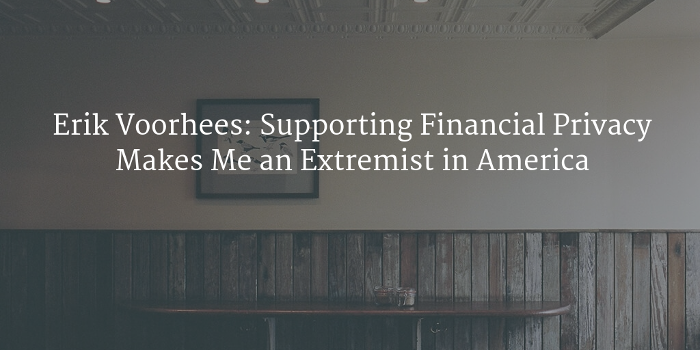 Voorhees was interviewed by long-time decentralized application investor David Johnston at the Texas Bitcoin Conference in late March, and the conversation inevitably turned to regulation at the halfway point of the discussion. Johnston asked Voorhees what he thought about the current state of Bitcoin regulation and where he sees it going in the future, and the Shapeshift.io CEO started off his response with a rather gloomy depiction of entreprenuerial freedom in the United States:

“Well, it is tragic, of course, that the land of the free is the country that is most risky to serve as a business. That should tell you something very fundamentally wrong is happening, and I think Bitcoin kind of forces the issue into the spotlight.”

How Should Companies React to Regulation?

After describing the environment for financial services businesses in the United States, Voorhees went on to discuss how different people have reacted to calls for regulation in the Bitcoin space. He started with Coinapult’s initial response to financial regulations that target American customers:

“[At] Coinapult, we decided to move it outside of the country completely because we didn’t trust how regulators would react. Not only did we do that, but we blocked the US entirely, so 350 million Americans cannot use the Locks service because the government is looking out for them.”

Coinapult has since unblocked American customers from their services.

On the other hand, Voorhees is happy to see a variety of actions taken by the community when it comes to regulation. He noted the juxtaposition of privacy-center projects, such as Dark Wallet, with individuals who are talking with regulators on a daily basis:

“I think with this diversity of people, a lot of people that are looking to pursue regulation -- I like the hydra approach basically where we have people building in all directions. We have people building things like Dark Wallet, and we have people talking with the highest levels of government and banks to integrate in a “state-approved” manner -- and everything in between. I think that’s how this moves forward.” 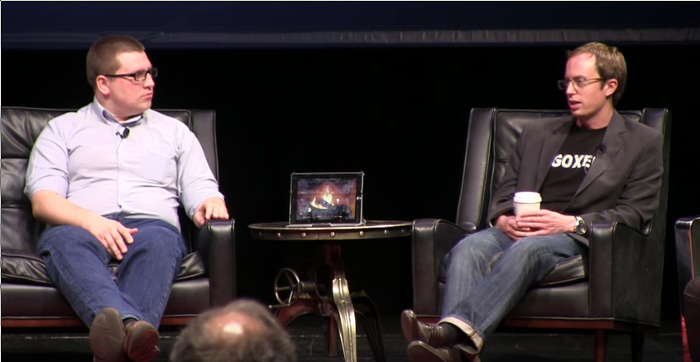 It was at this point in the fireside chat that David Johnston steered the conversation towards financial privacy. He pointed to centralized databases of customer information created to comply with the Patriot Act and other anti-money laundering regulations as a serious issue for financial privacy. Voorhees noted that it is the Bitcoin industry’s responsibility to stand up for financial privacy over the course of the next few years:

“I think the issue of financial privacy is absolutely fundamental, and the industry needs to stand up and defend it in the same way that the Internet industry -- to a large extent -- has defended various types of Internet privacy and speech.”

Voorhees then pointed out the hypocrisy in the United States and other developed nations when it comes to the differences between financial and personal privacy:

Although Voorhees is not the only supporter of financial privacy in the Bitcoin community, there aren’t many other Bitcoin executives who are as vocal with their views on the matter. While many of the largest exchanges and wallet providers claim to care about customer privacy, there are still plenty of companies willing to comply with the onerous BitLicense in New York, for example. Voorhees claimed that he is worried that some Bitcoin companies may be too scared to fight back against government regulators:

“So, now that people can actually have privacy in their finances -- now that we can actually keep bitcoin safe and secret -- it forces the issue. And this is going to be something that is a very big topic of discussion I’d say over the next half-decade. My concern is that people in the industry will be too scared of the regulators to actually stand up and fight for this. And that’s understandable because the regulators are the ones with the guns, and they’ll come in and shut you down, steal your property, and take away your freedom, life, and reputation. They will destroy whatever they need to destroy in order to maintain control over this. So, to some degree, it takes a certain amount of bravery and a certain amount of willingness to fight for something that you believe in. And I’m hopeful that the Bitcoin industry will pick that up to a large degree.” 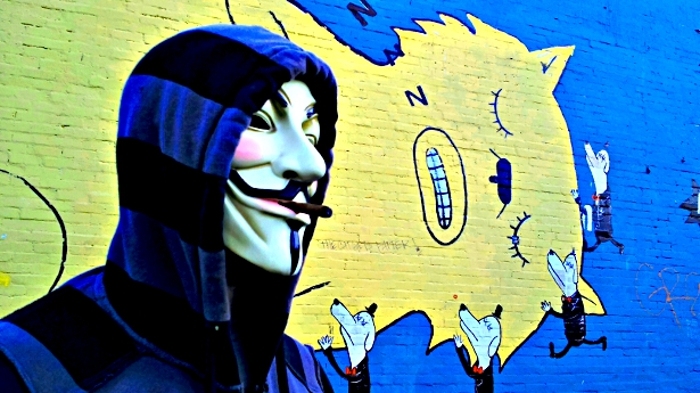 Where Should Bitcoin Companies Draw the Line?

Of course, it can be difficult to fight back against problematic regulations when you don’t know where to draw the line. Voorhees attempted to define where that line should be drawn while talking about the issue of financial privacy as a right:

“First, I think the specific right that must be asserted is that a person who is not even accused of a crime has the right to financial privacy. That’s a very simple way to say it. But what the implications are of that is that if you are a business and you have a customer -- if that customer is not being accused of a crime, is not doing anything suspicious -- he should be permitted to maintain absolute privacy. And that means anonymity in that company or service. The regulations in many cases will require that that not be done.”

Voorhees then went further to explain what Bitcoin businesses should expect in terms of regulation over the next decade. He referred to this time period as an “opportunity” to fight back against Orwellian financial regulations:

“[Regulations] will require, essentially, that businesses spy on their users in a very Orwellian sense -- take their personal information, store it in a big database that can be hacked, and if it’s not hacked can be taken by various government agencies without anyone knowing about it in the first place. And while we all abhor the world of 1984, we seem complacent in allowing it to creep up on us. So, let’s take this opportunity to permit someone who’s not accused of a crime to be private with their money. I think that’s a simple way and businesses should sign-on to that principle and fight for it.”

After Voorhees concluded his remarks on the importance of financial privacy, David Johnston sarcastically noted, “Pretty radical concept that privacy is a human right; I’ll tell ya.”

Voorhees was quick to respond, “I know. It makes me an extremist in America to say those things.”