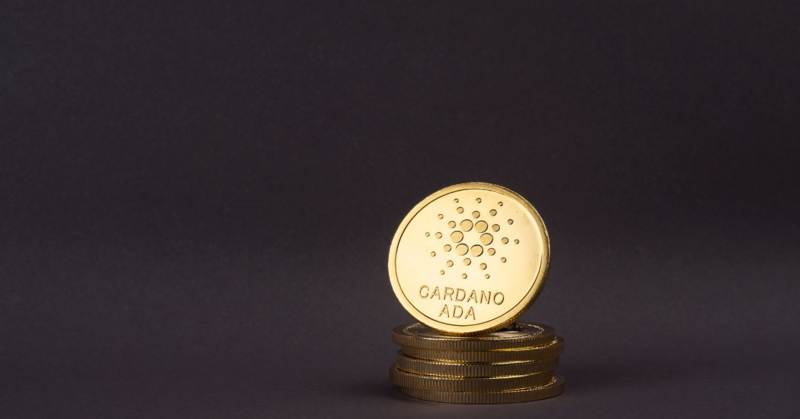 If you’ve dabbled into the exuberant world of cryptocurrency, you’d know that you’re just scratching the surface with coins like Bitcoin (BTC) and Ethereum (ETH).

Cardano is a proof-of-stake blockchain cryptocurrency founded in 2017 by Charles Hoskinson, who also co-founded Ethereum. The Cardano blockchain was created for decentralized application (dApp) distribution.

Now, Cardano and ADA are not the same things. Cardano is a blockchain platform, and ADA is the cryptocurrency on that platform. ADA fuels the Cardano blockchain and gets it going.

Three dedicated companies are actively pursuing the growth and development of Cardano:

Smart contracts are adapted in the design of Cardano to ensure the blockchain platform can run independently without the need for any professional or third-party oversight.

How Does Cardano Work?

Differences Between Cardano, Bitcoin, and Ethereum

Let’s go back to the basics.

Bitcoin was the first generation of cryptocurrencies, also known as digital gold. It is a decentralized digital currency, a piece of software that allows individuals to directly trade value with one another.

Ethereum is the second generation of cryptocurrencies where it is based on blockchain technology, which is essentially a digital public registry that allows the software to verify and store financial transactions without the intervention of any third-party entity.

Cardano is developed, in hopes to solve the issues that are blatant with the first two cryptocurrency generations:

This leads to an obstruction in the network. As more people jump on the bandwagon, a smooth transfer process should be kept constant.

With Cardano, a proof-of-stake protocol, Ouroborous, is implemented to combat this scalability hiccup, where theoretically, Cardano will be able to process millions of transactions per second.

Next comes the issue of interoperability. Right now, a transfer of value of Ethereum to Bitcoin is not possible without an intermediary. This proves a challenge because every cryptocurrency operates with a set of rules and language that is distinguished to them.

Now, with Bitcoin, Amanda can transfer to Jeremy 3 Bitcoins, should she wishes to. What she can’t do is impose certain restrictions or conditions on that transfer. Meaning, if Amanda would like to transfer to Jeremy 3 Bitcoins only if he gets her flowers, she can’t do so. Ethereum comes swooping with its smart contracts implementation that allows users to set conditions to a transfer.

Cardano aims to be the “internet of blockchain”, connecting and interacting with other blockchains without an intermediary, creating an ecosystem where value transfers can happen seamlessly. The amount of energy required by cryptocurrency has raised the eyebrows of environmentalists for some time, drawing us to the issue of sustainability. Elevated carbon emissions and climate change concerns are being brought up due to the energy utilization from cryptocurrency mining.

Cardano solves this issue with its proof-of-stake concept, where epochs or slots are created by dividing physical time. Proof-of-stake essentially means that an entity can validate transaction blocks based on the number of coins held. Unlike the proof-of-work concept implemented by Bitcoin and Ethereum, not everyone is allowed to mine the block; only slot leaders can mine blocks.

Cardano divides time into epochs, which are then split into slots. Each slot is designated for one block to be created. The Cardano network elects slot leaders and only they can mine. A slot leader’s responsibility is to note and verify transactions to be placed into the block. This allows Cardano to save energy as Epochs can run in parallel to create more transactions per second.

What is Special about Cardano?

Even though Cardano is not as popular compared to Bitcoin and Ethereum,  the features of this altcoin are promising, and here are some qualities of Cardano that make it unique.

If a new investor is wondering how different is Cardano from Bitcoin, one of the main differences is energy consumption. The proof-of-stake consensus implemented is the key to sustainability.

The proof-of-work model used to mine Bitcoin leads to enormous energy consumption, raising concerns on climate issues. In fact, studies in China show that the energy used in mining Bitcoin could hinder the climate changes the country is working towards.

At a glance, Cardano uses up 6 gigawatts of energy vs Bitcoin, which uses up to a whopping 115,850 gigawatts of power.

The scalability hiccup faced by both Bitcoin and Ethereum is resolved due to the multi-layered structure of the Cardano blockchain. Additionally, Ouroborous allows millions of transactions to be processed per second.

Similar to Bitcoin, Cardano has a limited supply of 45 million.

Volatility is not a new norm where cryptocurrencies are concerned. Like other cryptocurrencies, Cardano comes with its bags of risks. There is no definite certainty that Cardano will be highly valued in the future. Nor are we certain if the team will achieve the goals set out.

Cryptocurrency investing is very risky. Investors should do thorough research before buying any cryptocurrencies.

Regiena is a banker, an avid reader, and part-time freelance writer, currently exploring the realm of blockchain technologies.