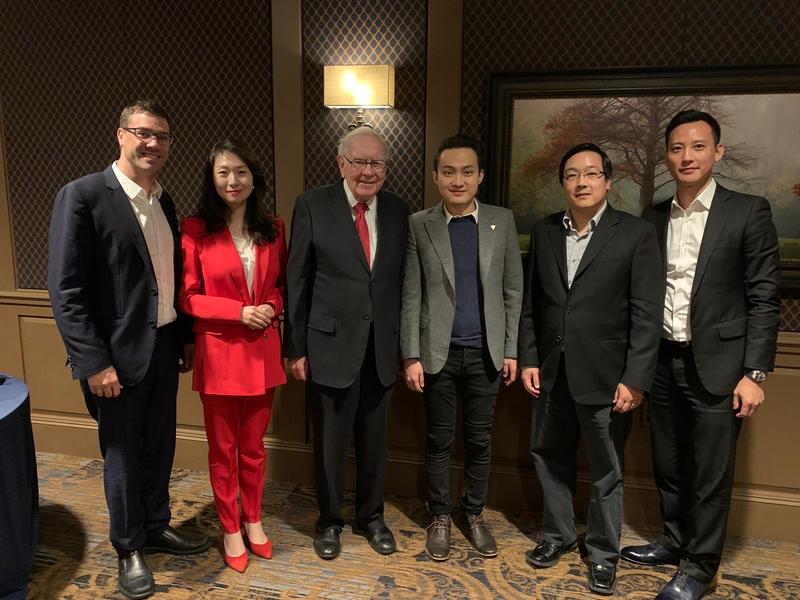 CoinGecko had the opportunity to speak to Assia about this once in a lifetime experience.

Yoni, did you manage to convince Warren Buffett of the potential that Bitcoin holds?

At the beginning of the evening, Sun gave Buffett a Samsung phone, loaded with one Bitcoin and several Tron coins. Later, Buffett shared more of his insights about the pioneering decentralized currency.

When we spoke about Bitcoin, there was some tension in the room. There were many attempts to convince Buffett regarding all that Bitcoin has to offer - some asking why the internet needs a currency, and why a global population requires a global currency.

Despite remaining unconvinced, Buffett was less harsh about the subject than on previous occasions. He believes that Bitcoin’s value stems from fear. He maintained that he already has a very good currency — the dollar; that it works for America, it’s good for America, and what works for America, works for him. As far as Warren Buffett is concerned, if the US dollar continues to be the global currency reserve, it’s all good.

Does Buffett have doubts about the global position of the US dollar?

Buffett did say that he could understand the point that the dollar could potentially be devalued, much like any currency. That said, it is still Buffet’s belief that the US dollar is better than other currencies. As he said, “I don’t understand what you can do with Bitcoin that you cannot do with the US dollar.”

He made the point over and over again: The dollar is an effective means of payment, and Bitcoin is not. Money is already digital and is managed and governed by a good set of checks and balances. He doesn’t fully comprehend how Bitcoin is managed or who’s managing it. He actually said: ‘I believe my grandson will prefer to get his inheritance from me in dollars and not in Bitcoins.’

What are Buffett’s thoughts on blockchain?

In stark contrast with Buffett's feelings regarding Bitcoin, he has a wealth of knowledge regarding the growing usage and efficiency of blockchain technology.

He told us that he hears a lot of smart people explain why blockchain technology is a disruptive technology and is therefore important.  He is definitely convinced in the blockchain agenda, if not quite that of Bitcoin. He spoke of using blockchain in his railway company for supply chain methods, as well as in JP Morgan, also a part of his portfolio, for finance. He also referred to examples set by others, in particular, the Bill and Melinda Gates Foundation, and their aspiration to have blockchain used for global financial inclusion.

Were you surprised to hear this from Buffett? He has never said anything like this before.

He also observed how while blockchain technology clearly has value, there are no companies out there currently using it correctly, let alone to its fullest potential. He remained adamant in his view that Bitcoin is not required to run blockchain, has little intrinsic value, and is a speculative asset.

All that said, this belief exists within an echo chamber. Most people in high places who have a lot of money don't believe in Bitcoin, and many rich, smart people believe in blockchain rather than crypto, because this is their narrative.