What was the highest price for Nexus Mutual?

What was the lowest price for Nexus Mutual?

What was the 24 hour trading volume of Nexus Mutual?

Where can Nexus Mutual be traded? 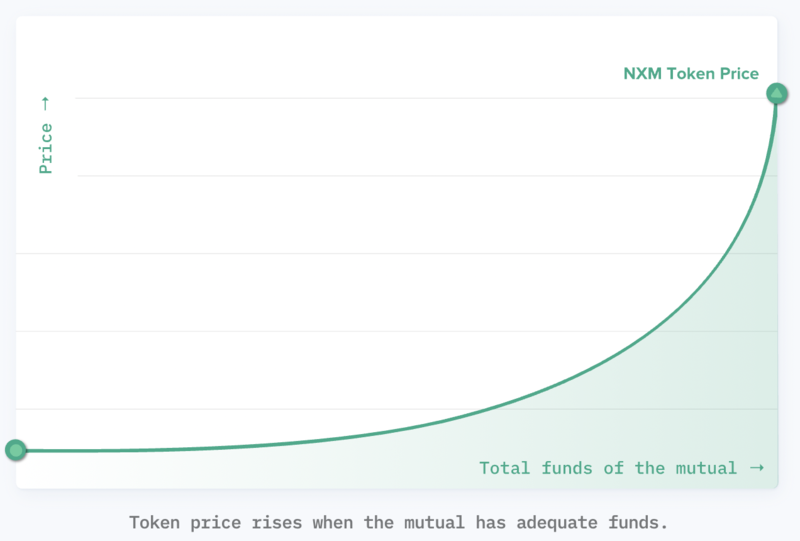 The NXM token is not traded on any exchange and is only used as an internal token for Nexus Mutual. To obtain the NXM token, one must register as a member of Nexus Mutual and go through the platform’s KYC and AML processes.

A one-time membership fee of 0.002 ETH will also be charged. Once approved though, members can then obtain coverage and enjoy all the benefits that the NXM token provides.

There is a "wrapped" version of the NXM token called Wrapped NXM (wNXM) that is freely transferable and can be bought on the open market through cryptocurrency exchanges. However, to make use of the wNXM token, it first needs to be unwrapped into NXM by a registered member of Nexus Mutual. After it is unwrapped, wNXM becomes NXM and can be used as usual on the platform.

What is Nexus Mutual?

The coverage intends to provide protection against financial losses that may be incurred due to hacks or exploits in the smart contract code. Note that smart contract cover only protects against “unintended uses” of smart contracts, so security events such as the loss of private keys or centralized exchange hacks are not covered. In December 2020, it released custody cover covering centralised custodians and lenders such as Celsius, Blockfi, and Nexo.

How to check the financial health status of the Nexus Mutual protocol?

Relevant on-chain financial metrics can be found on https://nexustracker.io/.

How is the insurance coverage priced?

The price of cover is based on several criterias such as:


How is risk assessment done on Nexus Mutual?

NXM holders can stake on various smart contract protocols to receive 50% of the premium sold. The programme allows up to 10x leverage, meaning with 100 NXM, the total amount of staking can go up to 1,000 NXM.

For example, if a staker has 100 NXM and stakes 100 NXM each on 10 protocols, he will receive 50% of the premium received from the 10 protocols. However, the staker risks losing the whole 100 NXM even if only one of the 10 protocols has a valid claim.

A project can incentivize staking by participating in a shield mining programme, by rewarding the project’s native token on top of NXM staking rewards in order to drive down the premium price. Premium price for a particular protocol will go down as more NXM tokens are staked against it.

How to purchase cover?


How to make a claim?

Members must stake a deposit in the form of NXM tokens which comes from the 10% of NXM tokens that were locked when purchasing cover. The required deposit is 5% of NXM tokens, which means a member can submit a claim for assessment twice. If the claim is accepted the deposit is returned, otherwise it is burned.

Has Nexus Mutual ever paid out claims before?

Yes! In the case of the bZx flash loan event in February 2020, there were 6 members who had cover on the smart contract for a total cover of roughly $87,000. Three claims submitted by these members were accepted for an overall payout of $34,996, disbursed immediately after Risk Assessors voted to accept their claims.

Can I buy the cover without KYC?

Nexus Mutual’s partnership with Yearn Finance has provided a path for non-mutual members to buy cover without KYC. The project is spinned off into Armor.