Beginner's Guide to TRON: The Blockchain With a Mission to Decentralize the Entertainment Industry 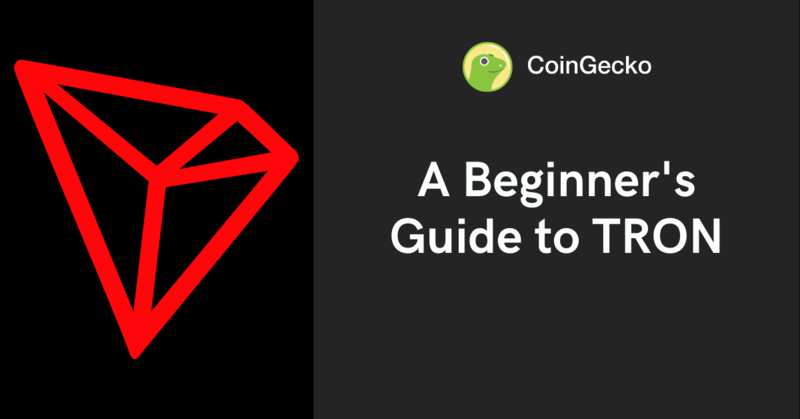 Have you ever imagined a decentralized entertainment platform where content creators are paid in full with no middleman? Meet TRON.

TRON is a blockchain-based decentralized operating system that aims to bridge the gap between content creators and content consumers.

Take Netflix, a single organization that controls what, when, and how content is put out. To host a movie, it takes a big cut out of a subscriber's fee, and it only pays a small portion to the producer.

In contrast, the blockchain would cut out the middleman and allow subscribers to directly pay the producer or content creator, kind of like how Patreon works for YouTubers.

Platforms like YouTube seem to be the beginning of a decentralized world where content creators may produce a film without anyone's approval. However, monetization on YouTube means that the producer does not have control over the pricing of a video and advertisers pay YouTube, not the producer.

How TRON uses blockchain to decentralize the industry

Unlike Netflix, a dApp is not hierarchical, which means no single website or authority can have a say over what content is to be distributed.

This decentralized system on TRON will enable:

In the past few years, TRON has improved its services to help achieve its mission of decentralizing the internet.

In 2018, they created a free platform for peer-to-peer distribution and content storage called Exodus. Odyssey was then born in 2019, providing monetary incentives to promote the creation and hosting of content on TRON. Unlike YouTube or Netflix, the incentives are based on user interaction and engagement instead of clicks and views.

Currently, TRON is building its services to enable content creators to build their brands and issue individual initial coin offerings, as well as personal tokens.

This is where TRX, the TRON coin, comes in

As the basic unit of accounts on the TRON blockchain, TRX connects the entire TRON ecosystem with various application scenarios:

*Super representatives are the bookkeepers on the TRON network who are responsible for the verification and packing of all transaction data broadcasted on the network.

TRX can be stored in wallets that support the Ethereum blockchain, but it can't be purchased with fiat currencies. Instead, TRX can be purchased on exchanges like Liquid and Binance by exchanging them for other cryptocurrencies like ETH or BTC.

TRX has a high throughput value, as it can consistently handle 2,000 transactions per second (TPS). It’s significantly higher than ETH (25 TPS) and BTC (6 TPS). A higher TPS would mean the ability to scale to real-world volumes and allow more people to use the blockchain platform.

Is there a place for TRON blockchain in the future?

An organization funds the development of content from studio to end-user via cable, broadcast, mobile device, or website with the bulk of the revenue going towards the organization (the middleman) instead of the content creator.

Content creators can distribute their content via a peer-to-peer network that upholds the decentralized model, whereas viewers and advertisers may directly pay the creators using tokens — eliminating the middleman.

With more and more people challenging the monopolization of industries by the very few and powerful corporations,TRON is challenging those that control the Internet by decentralizing the entertainment industry, thus creating a more level playing field.

If we as a society value a decentralized system that rewards the content creator instead of the middleman, then we may expect to see more of TRON in the future.

Is Tron's USDD the next UST? with Justin Sun, Founder of Tron Network- Ep. 69

Justin Sun is here to discuss on USDD, the network's stablecoin, answering questions on how it differentiates itself from other stablecoins!

As we reach the midpoint of the year, it looks like 2022 is shaping up to be an annus horribilis for the crypto market.