Decentralized Autonomous Organizations (DAO) are an important technological advancement on the Ethereum blockchain as it allows anyone to set up their company using distributed ledger technology. DigixDAO is one of the projects nearing its completion at a rapid pace, and the team wants to become the gold standard in crypto-assets. Introducing a new Proof of Asset protocol lets users track physical assets in the form of tokens. 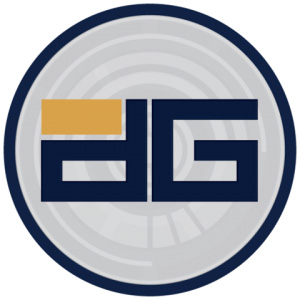 There are a handful of different factors making up the DigixDAO concept. First of all, the plan is to introduce Proof of Asset (PoA) Asset Cards, including all of the sensitive information to represent physical assets. Among the information included are the purchase receipt, the serial number of the item, audit documentation, a time stamp of the card being created, and a Chain of Custody with digital signatures. The Chain of Custody is of great interest as it includes digitized signatures of the asset vendor, the custodian, and the auditor.

As one would come to expect from a DAO on top of the Ethereum blockchain, these PoA Asset Cards can be stored with an Ethereum wallet. But that is not the only objective of DigixDAO, as the team will be issuing Digix tokens called DGX as well. All of these tokens are minted through a Smart Contract, and one individual DGX represents 1 gram of gold. Moreover, a Digix token is divisible to 0.001g, and the number of tokens minted is directly linked to the value of the PoA Card. Digix Tokens can be stored in an Ethereum wallet as well.

Verifying the Proof of Asset process is of the utmost importance in the DigixDAO ecosystem, as an audit trail of the asset is required to create individual PoA Asset Cards. Keeping in mind how three parties will put their digital signature on every card, it is equally important to validate their roles through the depository and proof of purchase receipts. All of this information will be uploaded to the InterPlanetary Files System, which will let users track assets through the chain of custody.

Issuing Digix Tokens is one thing, but what if users want to exchange them for PoA Asset Cards again? This is where the Recaster Smart Contract comes into the picture, which automates the exchange process. Additionally, there is a Redemption Process for users looking to redeem a physical gold bar with PoA Asset Cards. There will also be Generic I/O Contracts which are designed to let developers utilize both PoA Cards and DGX Tokens for future DApp development. More details about all of these process can be found in the DigixDAO whitepaper.

What It Means For People Involved In Ethereum

To put this concept into words people can relate to; DigixDAO will be creating tokens that are actually backed by gold value on the Ethereum blockchain. But there is more to this concept, as anyone can use the tokens of PoA Cards to develop new lending platforms, funding, use it as collateral by virtual nations, or even venture into the world of payment processing.

Speaking of these virtual nations, there are various DApps in development which aim to achieve that goal. Blockchain technology allows people from all over the world to collaborate and create their own community, which can evolve into a virtual nation. Having the opportunity to back up hard assets with gold tokens in a decentralized and transparent manner could be invaluable to any community.

That being said, a concept such as DigixDAO can only continue with proper funding. There will be a crowdsale starting on March 30th, which will run until April 28th. Digix hopes to raise at last US$500,000 during this crowdsale, or else they will refund all of the pledges made with virtual currency.

What is even more interesting to Ethereum users is how they will be able to partake in the Digix crowdsale through the Ethereum Foundation Mist Wallet. This particular wallet lets users convert Bitcoin and other altcoins to Ether from within the wallet, and directly purchase Digix tokens from within the wallet itself.

Update: Support for DigixDAO crowdfund was exceptionally great and the crowdfund was closed within 12 hours of launch after the upper limit of US$5.5 million was achieved.

JP Buntinx is a freelance Bitcoin writer and Bitcoin journalist for various digital currency news outlets around the world. Jean-Pierre is an active member of the Belgian Bitcoin Association, and occasionally attends various Bitcoin Meetups in Ghent and Brussels. Follow the author on Twitter @jdebunt

StarkNet is an Ethereum Layer-2 solution that uses STARK-based ZK-rollup. We take a look at potential projects on StarkNet that may have airdrops planned.