Polkadot Parachain Auctions Explained and 3 Interesting Projects to Check Out 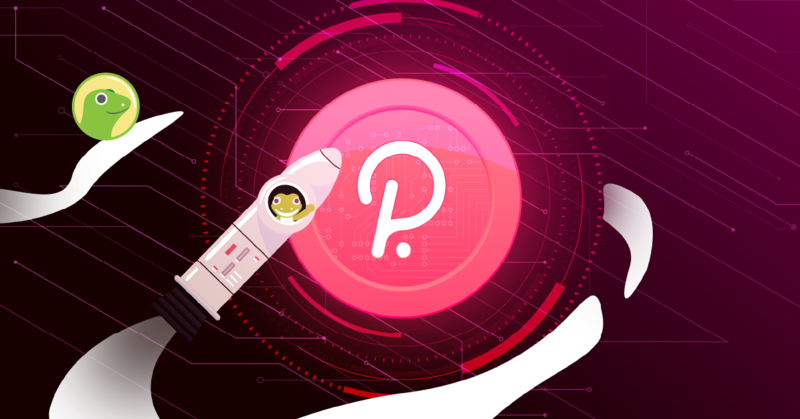 “Yo Tanyo, what's the next big opportunity in the crypto space?!”

I got this message on LinkedIn a few weeks ago.

Because Polkadot is one of the biggest blockchain ecosystems, and the parachain auctions are sort of still flying under the radar. DOT is the native token of this ecosystem.

For those of you who don’t know, Polkadot is a smart contract-compatible blockchain created by Gavin Wood, the co-founder of Ethereum. The goal of this blockchain is to deliver on ETH’s promises for more scalability, security and interoperability.

Before I give you all details about the parachain auctions, including the most promising projects, I have to tell you more about Polkadot’s architecture.

Polkadot’s main chain is called the “Relay Chain”. It’s a layer 0 blockchain that utilizes a nominated proof-of-stake (NPoS) consensus. What’s a layer 0, you ask? It’s a protocol that allows the layer 1 (L1) solutions on top of it to work together on the same network. By itself, the Relay Chain doesn’t support smart contracts.

Instead, Polkadot gets smart contract functionalities from other blockchains that connect to the Relay Chain. These blockchains are called “parachains.” Parachains run in parallel to each other as well as the Relay Chain. Through this, the Polkadot ecosystem can “bolt-on” parachains that each provide different functions and features, which we will discuss more later.

This block production mechanism runs between validators, determining the creators of new blocks. Using the Polkadot randomness cycle, BABE assigns blocks to validators based on their stake.

It adds finality to the Polkadot Relay Chain by reaching agreements based on chains rather than blocks, speeding up the finalization process. All previous blocks are finalized at once, as soon as more than ⅔ of the validators trust that the chain contains a certain block.

The validators maintain the network by running validator nodes. They produce new blocks in BABE, and guarantee finality by validating the parachain blocks in GRANDPA. On the other hand, nominators choose which validators to back with their stake. They approve the validators and support them with their tokens.

What are the different types of Polkadot parachains?

Parachains are application-specific data structures that run parallel to each other and with the Relay Chain. They could be blockchains, but that’s not necessary. These parachains take advantage of Polkadot’s security, interoperability, scalability and governance. Thanks to a system called cross-chain message passing (XCM), parachains can communicate cross-chain, and even transfer any data or asset between each other.

Common good parachains are system-level chains that have no economic model by themselves, but their existence is crucial to support the Polkadot ecosystem. Instead of participating in the parachain auction to obtain a slot, they can be simply assigned a slot through Polkadot’s on-chain governance mechanism. Common good parachains include bridges, tokens, issuers and others. Their goal is to make the Relay Chain more efficient by moving functionality and logic out of the Relay Chain into a parachain.

What are Polkadot parachain auctions? 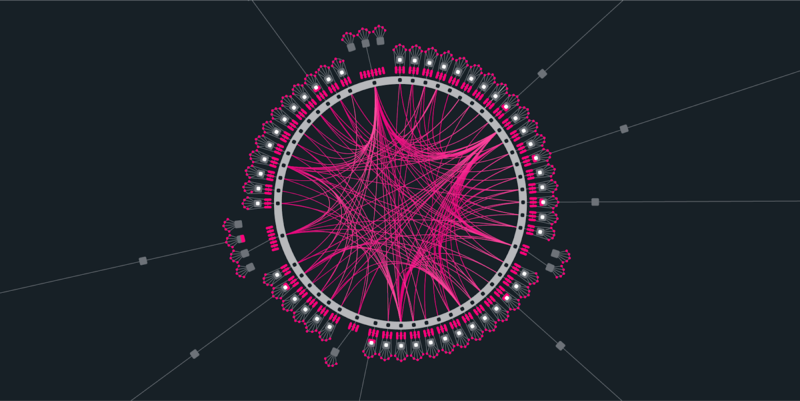 A Polkadot parachain auction is the process that determines which blockchains will be allowed to lease a slot and connect to the Relay Chain. These parachain auctions are very similar to traditional auctions.

The first batch of Polkadot parachain auctions started on November 11th 2021. It includes 5 auctions, with 1 new auction starting each week. The winners of these auctions connected to the Relay Chain around December 17th 2021.

The second batch will start on December 23rd 2021. It will consist of 6 auctions, with 1 new auction starting every two weeks. The projects that win these auctions will connect to the Relay Chain around March 11 2022.

Projects can bid for a slot using their own DOT or through a crowdloan. A crowdloan, also known as a parachain loan offering (PLO), is a way for a project to raise DOT from its community and investors to bid for a parachain slot.

How does a Parachain Loan Offering (PLO) work?

PLOs are very similar to ICOs. The only difference is that when you participate in a PLO, you give up your DOT for up to 96 weeks (~2 years). You essentially loan your DOT to a project in exchange for its native token, which will be distributed to your wallet.

The bigger your DOT contribution is, the more native tokens you’ll get. But you won’t get all of them immediately. You’ll receive a certain amount of tokens each month until the lease ends. Each project has a different vetting schedule.

For example, Moonbeam will distribute 30% of its rewards initially, and the remaining 70% over the two year period. Based on their calculations, for each 5 DOT you donate, you get ~20 GLMR (Moonbeam’s native token). With their vetting schedule, you’ll get 6 GLMR immediately and the remaining 14 over the next two years.

If your project doesn’t win the slot, you’ll get all of your DOT back immediately. However, if your project wins, your DOT will be locked within a smart contract for the lease period of the project, which would be around 2 years, before being returned to you.

What are the most prominent projects participating in the Polkadot parachain auctions? 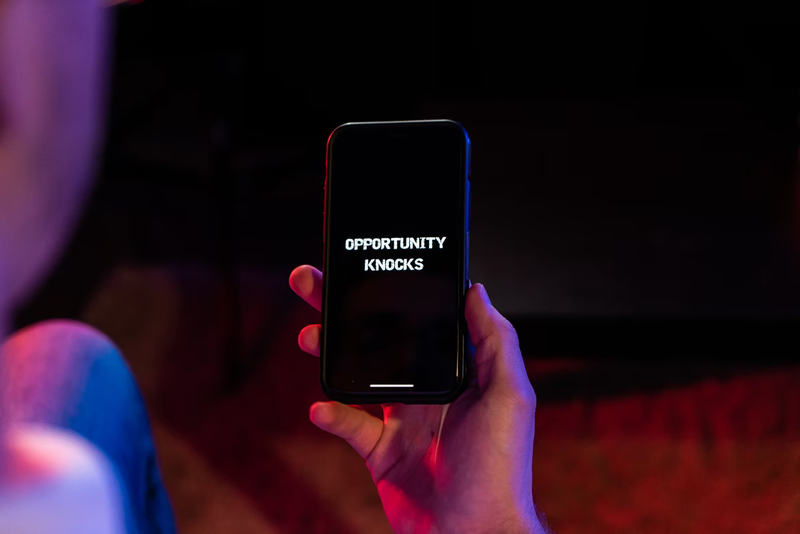 Acala aims to be the DeFi hub of Polkadot. It’s an Ethereum-compatible platform that allows financial applications to use smart contracts or built-in protocols. Acala supports these applications with cross-chain capabilities and robust security. It offers tons of financial applications, from trustless derivative staking to a decentralized exchange.

The Acala token is the utility token of this blockchain. It’s used for governance, staking, paying gas fees and incentivizing the nodes to relay messages to Polkadot.

Acala won the first parachain slot and will go live on December 18 2021, along with Moonbeam.

Moonbeam is a platform that’s building smart contracts for the Polkadot ecosystem.

It was created by the same team that developed Moonriver, a smart contract platform for the Kusama network.

Moonbeam leverages established Ethereum tools for smart contract development and combines them with the scalability and interoperability of Polkadot. It will make it easy for Ethereum developers to port their dApps to the Polkadot ecosystem.

Moonbeam won the second parachain slot and will launch on Polkadot on December 18th 2021. Its native coin, Glimmer (GLMR), will be used for transactions, smart contract execution, staking and on-chain governance.

Efinity is an NFT platform that’s part of the Enjin ecosystem. It aims to be the go-to platform on Polkadot for minting and trading NFTs. Efinity will handle between 700 to 1000 transactions per second (TPS.) Each transaction will be confirmed within 6 seconds. It will also have a built-in NFT marketplace, allowing users to exchange NFTs with each other.

Efinity’s native token is EFI. This token will be used for paying transaction fees, staking, governance, and incentivizing participants to maintain the network. It will also be the main currency of the Efinity NFT marketplace.

The EFI token is already currently trading on a few exchanges. So if you don’t want to participate in the parachain auctions but believe in the project, you can buy the token.

Efinity is one of the projects currently battling for a parachain slot. If you want to contribute, check out their crowdloan page.

I contributed my DOT to Efinity because I’m a big believer in the Enjin ecosystem, crypto gaming and NFTs.

Before you go out there and participate in the parachain auctions, keep in mind that not every project that wins a parachain slot is destined to succeed. Only invest in projects you believe in because your DOT will be locked for 2 years when you contribute, and they succeed in winning a slot.

Excited to participate in the Polkadot parachain auctions and support your favorite projects? Here's our step-by-step guide!

Tanyo is a freelance crypto and blockchain writer. He loves writing, crypto, and Big Macs. Follow the author on Twitter @TanyoGochev

Wondering what are altchains and want to try them out? Continue reading to learn more about how to use various blockchains.

How to Participate in the Polkadot Parachain Auctions?

Here's a step-by-step guide on how to participate in the Polkadot Parachain Auctions!