Firo - formerly known as Zcoin, is a privacy-focused cryptocurrency that deploys zero-knowledge proofs to ensure fully anonymous transactions. It works by allowing users to destroy coins and then redeem later for brand new ones with no transaction history.

Firo differs from the other privacy-centric coins in the market in that it does not merely obfuscate payment trails, but rather, works to abolish them.

Its operation is backed by the Lelantus privacy protocol, which is an upgrade from standard cryptographic assumptions, supporting high anonymity sets without requiring ‘trusted setup’.

Firo’s operations are also backed by Dandelion++ which conceals the originating IP of transactions, removing the need for external services such as Tor or i2P.

The Firo/Zcoin blockchain was used in the Thai Democrat Party Elections in 2018 to elect its party leader with over 127,000+ votes cast nationwide making it the first wide-scale application of blockchain technology in a political election.

Speaker Spotlight interview of Reuben Yap - COO of Zcoin, who will speak during Changelog at Invest: Asia 2019 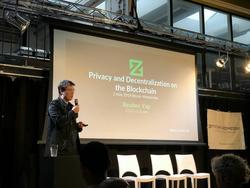 In this interview we zero in on Reuben Yap, a proud Malaysian who champions privacy and anonymity in the decentralised world of blockchain