Although most people in the general public still view Bitcoin as a PayPal or credit card alternative that is too complex for them to understand, the reality is that this new technology is more about the transaction types that were not already possible before its creation. Instead of thinking about how Bitcoin could disrupt banks or replace Visa, people should be thinking about new types of transactions that are made possible by the peer-to-peer digital cash system. These are the kinds of use cases that will drive Bitcoin to more users in these early days, although it’s possible that traditional payment systems could eventually be disrupted as well. 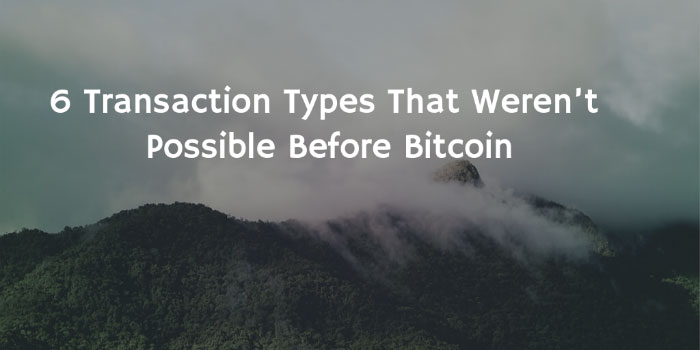 Here are six new transactions types that were not possible -- at least practically speaking -- before the creation of Bitcoin:

The computer resource sharing economy will be enabled by Bitcoin, and there are already a few different startups working in this specific area. Although sharing bandwidth, hard drive space, and other computer resources has been possible in the past, there has not yet existed a marketplace for these resources to be instantly bought and sold by Internet users. With Bitcoin, an application can run in the background of a user’s computer that automatically sells off their excess resources for bitcoin on a continual basis.

Whether you’re at a park sharing the data connection on your smartphone via a new WiFi hotspot or you’re sharing all of that excess hard drive space on an old desktop computer, it’s clear that there is the potential for individuals to earn a bit of extra cash through these sorts of applications. It’s possible that Storj, BitMesh, and other, similar applications will finally provide a reason for the average person to obtain some bitcoin on their computing devices.

In a transaction type somewhat related to the computer resource sharing economy, Bitcoin also gives machines the ability to make their own payments without any input from a human onlooker. Machines are now able to transact digital cash with each other, which enables a long list of applications that were not possible before. Although it may be difficult to envision many of these use cases right now, the possibilities become more obvious when you have things like autonomous taxis driving on the road.

An autonomous taxi could essentially own itself and take care of all of its maintenance, fuel, and other needs due to its ability to take and make Bitcoin payments on its own. Autonomous agents have been a topic of conversation in the Bitcoin community for just about as long as the blockchain has existed, and many developers are excited about the concept of decentralized autonomous corporations that are essentially able to run themselves -- with or without help from humans.

Online media is almost entirely monetized through advertising right now. Bitcoin has the potential to change this, but it will depend on whether or not this is something that people actually want. Will readers of an online magazine prefer to pay a penny for each article they read or simply view advertisements on the side of the page? TheProtocol.TV is one of the more interesting experiments in this space right now. The website allows viewers to watch mostly Bitcoin-related content for a small fee after watching a free trailer for the video. The platform is powered by PopChest, which is now being integrated into websites owned by other content creators as well.

Censorship-resistant payments were the first Bitcoin use case that brought this new technology into the mainstream. Although Silk Road receives a lot of negative publicity -- even in the Bitcoin community -- the reality is that the Tor hidden service illustrated the value of a payment system that could not be censored by any governmental entity. There are a variety of different less-than-favorable (or downright illegal) types of transactions that people would like to make online, and Bitcoin allows for those transactions to take place without oversight from any centralized entity. Users of Wikileaks and BackPage both understand the value of a censorship-resistant digital cash system, and it is this permissionless form of online payments that provides the majority (if not all) of bitcoin’s core value proposition.

5. The Uber of Money Transfer and Remittances 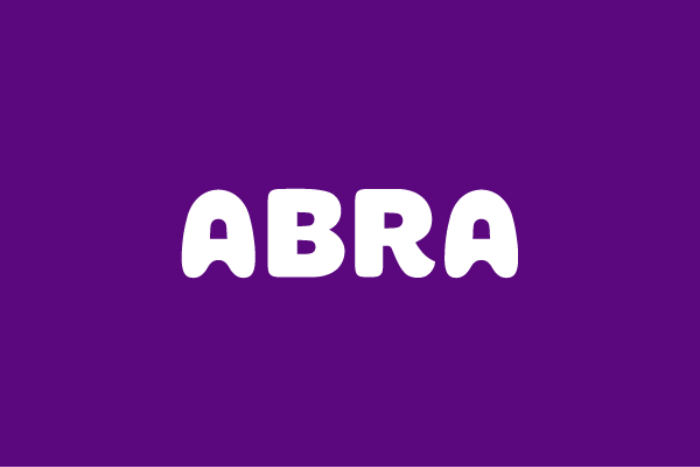 While cash transfers and remittances are currently controlled by the likes of Western Union and MoneyGram, Bitcoin has the potential to turn every smartphone into a money transfer terminal. The best example of this application of the blockchain right now is Abra. Most people are still unlikely to use Bitcoin to transfer money to another city or across borders due to the price volatility associated with the underlying bitcoin commodity, but Abra removes this part of the equation for the end user. The digital cash in the Abra app is denominated in US dollars, but the underlying asset representing real value is bitcoin tied up in a smart hedging contracts on top of the blockchain. Although the hedge to US dollars only lasts for three days, this should give any user plenty of time to complete a transfer.

Technically speaking, this is another use case that was possible before Bitcoin -- it’s quite similar to Hawala. Then again, it was also possible to be a freelance personal driver before Uber. The Internet, Bitcoin, and smartphones simply make this sort of system much more user-friendly, accessible, and practical for the average person.

One last application made possible with Bitcoin is the per-second payment. Although it was technically possible to create this sort of application in the past, it would have required an initial deposit to some sort of web service before being able to make many, tiny micropayments to other users. The fees would also likely be too high for single-use cases to make sense.

These are obviously not all of the new transactions types enabled by Bitcoin, and it’s still unclear if all of them will even take off on a large scale. For now, it may make sense for Bitcoin entrepreneurs to focus on these sorts of use cases rather than trying to disrupt areas where the traditional financial system is already succeeding.