For at least half a year, Bitcoin Foundation Chief Scientist and former Bitcoin Core lead maintainer Gavin Andresen has espoused that the Bitcoin development process has become too slow. In a recent AMA (Ask Me Anything) on Chinese Bitcoin community website 8btc, Andresen claimed that potential Bitcoin users may look for alternatives, such as Ethereum, if scaling improvements, specifically an increase in the block size limit, are not implemented in Bitcoin soon. 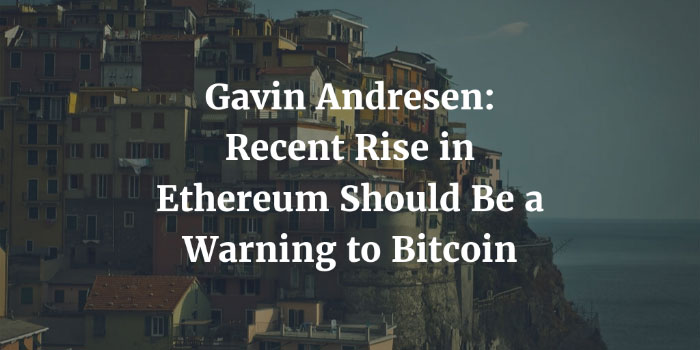 People May Search for Alternatives to Bitcoin

During the recent AMA, Gavin Andresen was asked whether it is normal for “more complex” solutions, such as Segregated Witness and the Lightning Network, to be prioritized over a “simple” increase in the block size limit. Andresen responded by saying these sorts of improvements may take longer to implement than an increase in the block size limit. He added:

“The risk is that people will not be patient and will switch to something else; the recent rapid rise in developer interest and price of Ethereum should be a warning.”

Lately, Andresen has been a vocal supporter of Bitcoin Classic, which would activate a block size limit increase to 2 MB via a hard fork 28 days after 75 percent of the network hashrate has signaled their support for the change to Bitcoin’s consensus rules. Up to this point, miners have opted to stick with Bitcoin Core’s scaling roadmap. Support for Bitcoin Classic currently sits at roughly 5 percent of the network hashrate.

In another part of the AMA, Andresen went as far as to say some Bitcoin Classic-supporting startups may hedge their bets by supporting other cryptocurrencies if Bitcoin Core continues to maintain a high level of support from the network hashrate. He explained:

“We have already seen companies like Kraken support alternative currencies (Kraken supports Litecoin and Ether); if there is no on-chain scaling solution accepted by the network, I think we will see more companies ‘hedging their bets’ by supporting other currencies that have a simpler road map for supporting more transactions.”

It should be noted that Kraken is a trading platform, so the implications of their acceptance of alternative cryptocurrencies should be viewed in a different light than a Bitcoin wallet provider, such as Blockchain or Xapo, opening themselves up to multiple alternatives to Bitcoin. Various altcoins have been traded on exchanges for years.

During the AMA, Andresen also mentioned the need to create a welcoming environment for new Bitcoin developers on multiple occasions. For example, he stated:

“I invite capable programmers from anywhere, including China, to help any of the teams working on open source Bitcoin software, whether that is Classic or Core or Unlimited or bitcore or btcd or ckpool or p2pool or bitcoinj.” 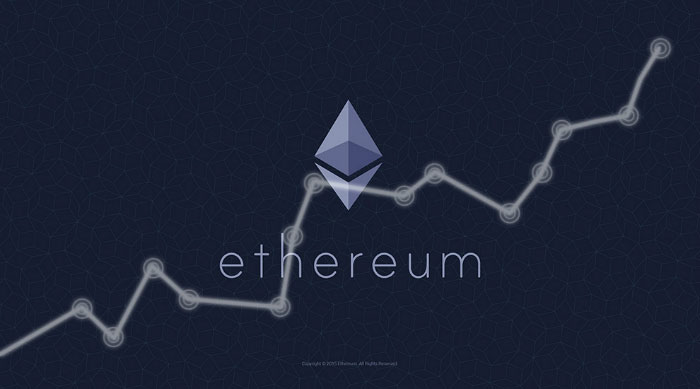 Although Gavin Andresen pointed to Ethereum’s recent rise in popularity as a warning sign for Bitcoin, that does not mean he is bullish on the smart contract-focused blockchain. When asked for his thoughts on Ethereum, Andresen stated, “I think most of the interesting things you can do with Ethereum you can also do with multi-signature Bitcoin transactions.”

A common viewpoint from Ethereum critics is that, although there are currently more than 200 Ethereum-based decentralized applications in development, there aren’t any use cases that make any sort of practical sense in the real world. Andresen appeared to show sympathy with this view, as he noted, “I haven’t seen a really great use of Ethereum yet.”

“I think there will be a big problem with Ethereum smart contracts that are designed to steal people’s money, because very few people will have the skill necessary to tell if a complicated smart contract is correct.”

Having said that, standards are currently being developed for Ethereum-based smart contracts. These standards are intended to make contracts much easier to audit and understand before they are used. One could also say that this issue already exists in Bitcoin -- perhaps to a lesser extent -- where users are unsure if an application or service will safely handle their bitcoin. There have already been plenty of thefts by nefarious actors in the Bitcoin space.

Gavin Andresen also discussed his preference for sidechains over blockchains with their own altcoins during his AMA. He claimed that some people are interested in altcoins with no technological advantages over bitcoin whatsoever (to his bewilderment), but there are some alternative cryptocurrencies, such as Ethereum and Zcash, that are more interesting.

In terms of those “more interesting” altcoins, Andresen added:

Andresen also noted that he would even like Dogecoin more if it were a Bitcoin sidechain. He referred to these sorts of altcoins as a “sneaky way” to increase Bitcoin’s 21 million coin limit.