Portfolio
Portfolio New Price Alert Login and Security Developer's Dashboard Subscription Sign Out
Login
Search
Price alert successfully saved!
Open our mobile app to receive alerts on the go 🙌
Tokenomics data for this coin is currently unavailable.
Please send us a request for coins you would like to see Tokenomics data on. The Gecko team will try their best to curate the data!
In the meantime, check out some other coins that currently do have Tokenomics data here!
Rank #8

What is Dogecoin (DOGE)?

Dogecoin is a cryptocurrency that was created on December 6th, 2013 based on the popular "Doge" Internet meme and features a Shiba Inu on its logo.

The codebase of the project was a fork of Litecoin, in which most of the same features such hash hashing algorithm were inherited, with the only difference of branding and large inflationary supply.

Introduced as a "joke currency", Dogecoin quickly developed its own online community and reached a capitalization of US$60 million in January 2014. Compared with other cryptocurrencies, Dogecoin had a fast initial coin production schedule: 100 billion coins were in circulation by mid-2015, with an additional 5.256 billion coins every year thereafter. As of 30 June 2015, the 100 billionth Dogecoin had been mined.

Dogecoin was created by Billy Markus from Portland, Oregon and  Jackson Palmer from Sydney, Australia. Both wanted to create a fun cryptocurrency that will appeal beyond the core Bitcoin audience. Dogecoin is primarily used as a tipping system on Reddit and Twitter where users tip each other for creating or sharing good content. The community is very active in organising fundraising activities for deserving causes.

The developers of Dogecoin haven’t made any major changes to the coin since 2015. This means that Dogecoin could get left behind and is why Shibas are leaving Dogecoin to join more advanced platforms like Ethereum. One of Dogecoin strengths is its relaxed and fun-loving community. However, this is also a weakness because other currencies are way more professional.

Fast forward today in 2022, Dogecoin has grown so much and have gathered the mainstream attention. It has become a meme that is used by the likes of Tesla billionaire, Elon Musk and even more so spunned off even more meme coins into the market.

Dogecoin followers have always been asking if Dogecoin would ever reach $1. It is hard to say where the price action will go, but high volatility seem to be mainstay as the utility of the cryptocurrency remains unclear being a meme coin.

Where to buy Dogecoin?

You may buy Dogecoin on centralized exchanges such as Binance, Crypto.com, Coinbase, Bitfinex, and more.

How to start mining Dogecoin?

You may read this guide to start mining Dogecoin.

Where can Dogecoin be traded?

You can trade Dogecoin on WhiteBIT, Bitforex, and Coinbase Exchange. Popular trading pairs for Dogecoin in the market includes DOGE/USD, DOGE/CAD, DOGE/AUD, DOGE/GBP, DOGE/INR, and DOGE/PHP.

What is the 24 hour trading volume of Dogecoin?

What is the highest price for Dogecoin?

What is the lowest price for Dogecoin? 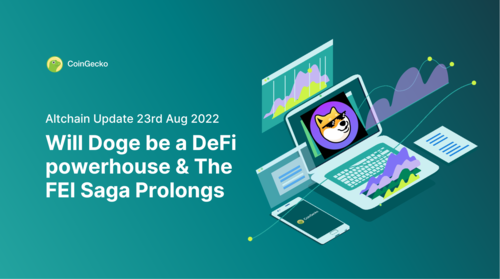 Will Doge be a DeFi Powerhouse & The FEI Saga Prolongs

This time around we explore Dogechain, and keep you up to date with the latest drama from Fei, the issuers of the FEI stablecoin. 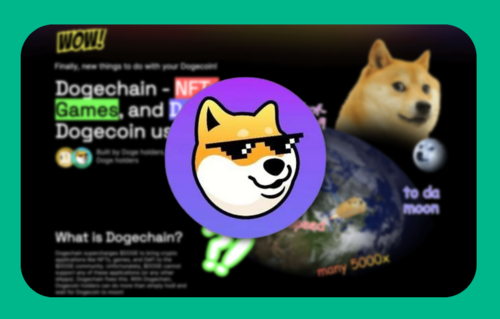 What Is Dogechain? How Does It Work? A Detailed Guide

Dogechain is a standalone PoS blockchain that enables DOGE to be used as a utility token on Web3 platforms.