Launching today, NeuCoin is carving out a path of growth and consumer adoption by targeting games, microtransactions and social media. This alternative virtual currency is not just aimed at crypto enthusiasts, as it combines the right tools to reach a mainstream audience in new and entertaining ways.

Two important NeuCoin tools will be made available from the start: a convenient and user-friendly online wallet, as well as a consumer mining service requiring no technical background. Both of these tools will help novice users get acquainted with the NeuCoin ecosystem. Trading of the virtual currency itself will start on Friday, as both Bittrex and Cryptsy will open NeuCoin markets on that day.

As its engine of growth and adoption, NeuCoin uses a strategic distribution model and very high rewards aimed at incentivizing consumers and service providers to get involved and participate in building NeuCoin’s utility and value. 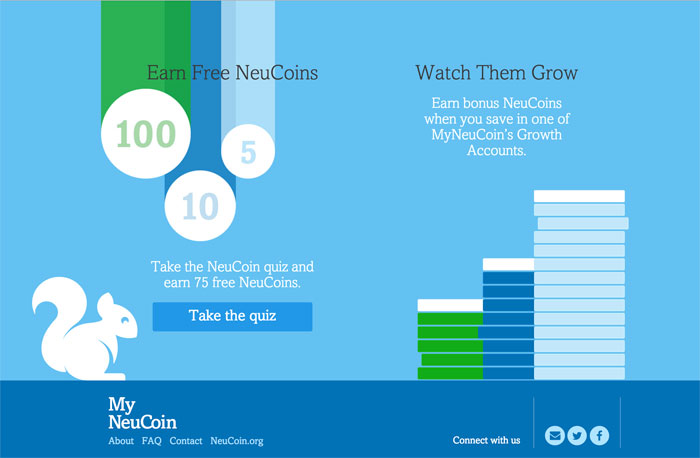 NeuCoin is a new alternative currency, which wants to bring a self-sustained ecosystem to the world of virtual currencies. Unlike most alternate virtual currencies, NeuCoin cannot be mined like Bitcoin, as the currency utilizes the Proof-of-Stake protocol. That being said, there are various ways for Neucoin users to increase their holdings over time.

The way NeuCoin is designed allows early adopters of the alternate digital currency to benefit from high Proof-of-Stake rewards, which are initially set at 100% per year. However, these Proof-of-Stake rewards will decline over the span of the next ten years, and ultimately settle on a rate of 6% per annum.

Due to these high rewards from day one, NeuCoin users are incentivized to get involved in Proof-of-Stake mining. To make mining easy for mainstream consumers, the MyNeuCoin online wallet lets users transfer coins to one or more “growth accounts” for a specific amount of time, ranging from 3 months up to 5 years. All of the coins sent to these accounts will be staking constantly, and the users who sent over coins will be rewarded with additional NeuCoins. The longer the term, the higher the rewards. While users can cancel their growth accounts at any time and get their deposit back, they will forfeit their rewards if they cancel before the term ends.

But these growth accounts are not just intended to reward coin holders, as the staking process associated with this feature will help protect the NeuCoin network as well. Most alternate Proof-of-Stake virtual currencies become prone to security issues when there is little to no interest from users to stake coins. More information regarding this ideology can be found in the NeuCoin whitepaper.

“NeuCoin isn't just another coin - it's a whole ecosystem of consumer-facing services - all aimed at growth and acquiring lots of mainstream users from outside the crypto world. It’s about reaching new audiences in a fun way and putting crypto in the hands of millions of regular users through games and social media.“

Community Is Key For NeuCoin 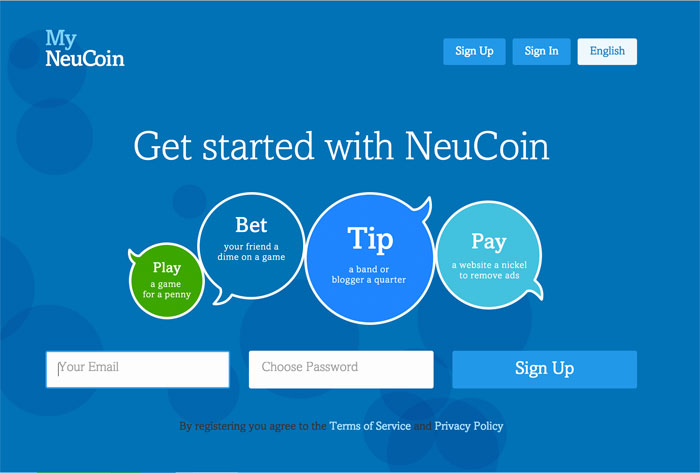 No virtual currency can survive without having the support of a large and loyal community. Participating in the NeuCoin ecosystem will entitle users to rewards and incentives, as there will be a continual distribution of coins throughout the years. To attract as many people as possible, the NeuCoin team has come up with various tools and services to push adoption in a short amount of time.

Web wallets are synonymous with digital currency these days, and MyNeuCoin will offer exactly that type of feature. But there is a twist, as MyNeuCoin does not have access to the private key(s) associated with the web wallet address, leaving the individual user in total control of their funds at all time. In fact, MyNeuCoin will collect all of the relevant data from the blockchain itself, and present it in the format of an online user interface.

Educating people on the topic of virtual currency has proven to be quite a hassle, as novice users can get overwhelmed quickly with technical terms. NeuCoin wants to make this process more fun, while keeping a large focus on education. GetNeuCoin will act as both a game-like faucet and a quiz, where users can find out more about this alternate virtual currency and earn free coins.

Last but not last, micropayments will play an important role in the expansion of NeuCoin’s ecosystem. Games, tipping services and access to ad-free premium content - including pay-per-views - will be at the community’s disposal, fueled by the freemium distribution of NeuCoin.

Within the first few months after the NeuCoin launch, mobile/online games based on popular mechanics will be unveiled, while showcasing the NeuCoin integration as a microtransaction solution. Players will be able to earn additional coins by advancing in these games, incentivizing the community to get involved in the products and services created by the team.

A Self-Sustaining Ecosystem On Top of a Blockchain

Many people see alternative digital currencies as “clutter”, as most of these coins offer nothing more than just another blockchain. NeuCoin is different in this regard, as the team has created a self-sustaining ecosystem on top of the NeuCoin blockchain. There will always be a focus on technological innovation and expansion, which will be beneficial to the ecosystem as a whole.

“Launch, of course, is just the beginning. What will come in the next few months are the real use cases - playing games, micro pay-per-view and tipping. The first NeuCoin-integrated game is based on one of the most popular card games in the world and will show how to engage users by letting them earn a few NeuCoins for playing, then using them to level up or challenge their friends. Instead of having to pay $5 bucks to buy “in-game tokens”, which is the way most games monetize, the player actually wins NeuCoins!”

Source: Press Release via Email
Images courtesy of NeuCoin
Disclaimer: NeuCoin is an advertiser on CoinGecko

About JP Buntinx — JP Buntinx is a freelance Bitcoin writer and Bitcoin journalist for various digital currency news outlets around the world. Jean-Pierre is an active member of the Belgian Bitcoin Association, and occasionally attends various Bitcoin Meetups in Ghent and Brussels. Follow the author on Twitter @jdebunt