Portfolio
Portfolio New Price Alert Login and Security Developer's Dashboard Subscription Sign Out
Login
Search
Price alert successfully saved!
Open our mobile app to receive alerts on the go 🙌
Proposal to reduce the Gnosis total supply has been passed to 3 million GNO https://snapshot.org/#/gnosis.eth/proposal/0xdeadb69e1c18ea78e6592664d2be34f7705ebb040c0b1788514b39bd9a2e2096
Tokenomics data for this coin is currently unavailable.
Please send us a request for coins you would like to see Tokenomics data on. The Gecko team will try their best to curate the data!
In the meantime, check out some other coins that currently do have Tokenomics data here!
Rank #139

In November 2021, both the xDAI and GnosisDAO community voted to combine their vibrant ecosystems to create the Gnosis Chain: An Ethereum forerunner-companion that addresses scaling issues through solid engineering. Gnosis Chain is the associated execution-layer EVM chain for stable transactions. It uses the xDai token and includes a wide-ranging group of projects and users.

The Gnosis mission has always been centered on experimentation and building decentralized infrastructure for the Ethereum ecosystem. When Gnosis was founded in 2015, it focused on building prediction markets to enable worldwide access to accurate information. While creating the prediction market platform, it became clear that Gnosis needed to build the infrastructure required to support it. Gnosis Safe, for example, was born of necessity.

As a DAO, Gnosis uses the products that it creates to transparently guide decisions on the development, support, and governance of its ecosystem.

Gnosis Safe (multisig and programmable account), Cow Protocol (formerly CowSwap and Gnosis Protocol), Conditional Tokens (prediction markets), Gnosis Auction, and Zodiac (standard and tooling for composable DAOs) are all products incubated by Gnosis. Their success can be attributed to the recent spin-out of Cow Protocol and the formation of SafeDAO. By combining needs-driven development with deep technical expertise, Gnosis has built the decentralized infrastructure for the Ethereum ecosystem.

What is Gnosis Token?

The Gnosis token, GNO, is an Ethereum-based ERC-20 token sold during the Gnosis ICO. Gnosis raised funds through its utility token GNO in 2017. The total GNO supply is 10 Million. The Gnosis ICO was held on 24 April 2017, in which ~5% of the total supply was sold. Gnosis raised the equivalent of 12.5 Million USD (250 000 ETH). Using a Dutch auction, the final price of GNO arrived at approximately 29.84 USD.

Gnosis additionally supports infrastructure required to make their mission thrive, including initiatives such as:

In summary, Gnosis's mission is to build new market mechanisms for decentralized finance. Each product has complementary tokenomics designed to bring value to the Gnosis utility token: GNO.

What is the Gnosis Conditional Tokens Framework?

What is Gnosis Protocol?

Gnosis Protocol is a fully permissionless DEX that maximizes liquidity with ring trades, order settlements that share liquidity across all orders rather than a single token pair. In 2021, Gnosis will release Gnosis Protocol v2, which will expand on and improve v1 with features including gasless UX, access to on-chain liquidity, and front-running prevention through uniform clearing prices in each batch auction.

What is the Gnosis Safe Multisig?

Gnosis Safe Multisig is the most trusted platform to manage digital assets on Ethereum. Users can fully customize how they or their team manage crypto assets, with the option to require a predefined number of signatures to confirm transactions. Users can now also put their funds to work in DeFi protocols directly from the platform using Safe Apps. Use your digital assets to invest, earn, borrow, invoice, do payroll, and more.. Gnosis Safe currently holds more than 2% of the total ETH supply and over $12B in total value

What can you do with Gnosis Token? / Who governs Gnosis?

GnosisDAO is the prediction market-driven collective. Testing the limits of governance by prediction markets, known as futarchy, GnosisDAO will use Gnosis products to transparently guide decisions on development, support, and governance of its token ecosystem. Each product has complementary tokenomics designed to bring value to the Gnosis utility token: GNO. After initialization, GnosisDAO is to have effective control over 150K ETH and 8 Million GNO tokens. Anyone can participate today by joining the Gnosis Forum.

How to obtain Gnosis Token (GNO)?

GNO tokens are available for purchase on some decentralized and centralized exchanges.

Where can you buy Gnosis?

GNO tokens can be traded on decentralized exchanges and centralized crypto exchanges. The most popular exchange to buy and trade Gnosis is Uniswap (v3), where the most active trading pair GNO/WETH has a trading volume of $183,006.76 in the last 24 hours. Other popular options include Swapr (Xdai) and BTCEX.

What is the daily trading volume of Gnosis (GNO)?

What is the all-time high for Gnosis (GNO)?

What is the all-time low for Gnosis (GNO)?

What is the market cap of Gnosis (GNO)?

Market capitalization of Gnosis (GNO) is $268,745,134 and is ranked #139 on CoinGecko today. Market cap is measured by multiplying token price with the circulating supply of GNO tokens (2.6 Million tokens are tradable on the market today).

What is the fully diluted valuation of Gnosis (GNO)?

The fully diluted valuation (FDV) of Gnosis (GNO) is $311,337,205. This is a statistical representation of the maximum market cap, assuming the maximum number of 3 Million GNO tokens are in circulation today. Depending on how the emission schedule of GNO tokens are designed, it might take multiple years before FDV is realized.

How does the price performance of Gnosis compare against its peers?

With a price increase of 1.39% in the last 7 days, Gnosis (GNO) is outperforming the global cryptocurrency market which is up 0.74%, while underperforming when compared to similar Ethereum Ecosystem cryptocurrencies which are up 3.78%.

What is the market sentiment of Gnosis today?

The community is bullish as more than 100% of users are feeling good about Gnosis (GNO) today.

How to add Gnosis (GNO) to MetaMask?

Adding Gnosis (GNO) to MetaMask allows you to view your token holdings, trade on decentralized exchanges, and more. To add them, you’ll need to import GNO as a token. You can copy GNO’s contract address (0x6810e776880c02933d47db1b9fc05908e5386b96) and import it manually, or add GNO to MetaMask with one click on CoinGecko. 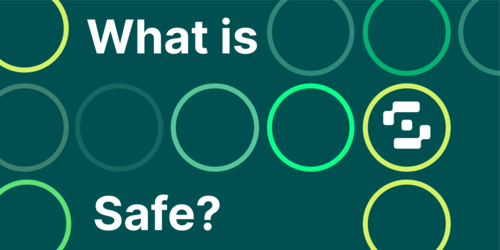 Gnosis Safe (SAFE) and the Importance of Multi-Sig

Safe is a multi-sign wallet running on multiple networks that requires a minimum number of users to approve a transaction before execution.