How to Mine Monero 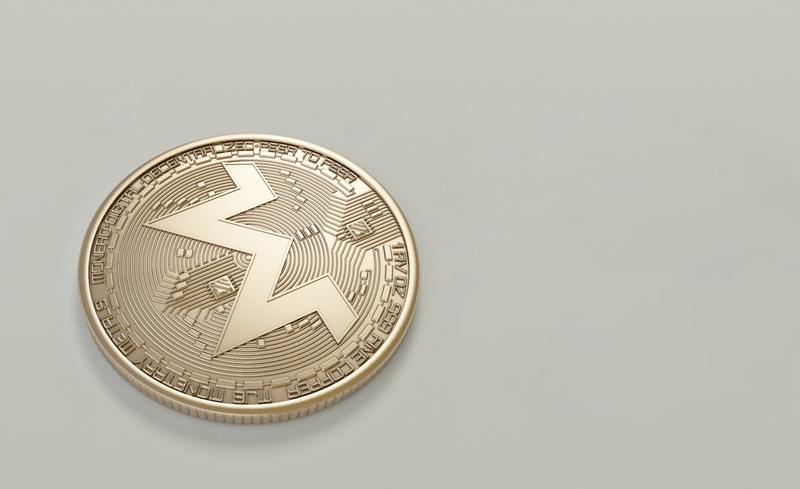 Monero. The name rolls off the tongue like a romantic name. "Oh Monero," you whisper in your sleep. But Monero isn't just the name of your fantasy Italian boyfriend. It's actually the Esperanto word for "coin". And it's what we call one of the earliest privacy coins.

What makes it so private?

Well, zero-knowledge proofs, for one. Without getting too technical, Monero lets you claim you're so and so, without having to show proof that you're actually who you say you are. Monero, going by its less sexy ticker XMR, also uses ring signatures. This involves bundling many transaction signatures to anonymize transactions.

Before we get into how to mine Monero, let's cover the community behind it and why you might want to mine this coin. After all, if you're familiar with mining, you probably know that mining Monero won't make you rich. Let's explore this in the next section. 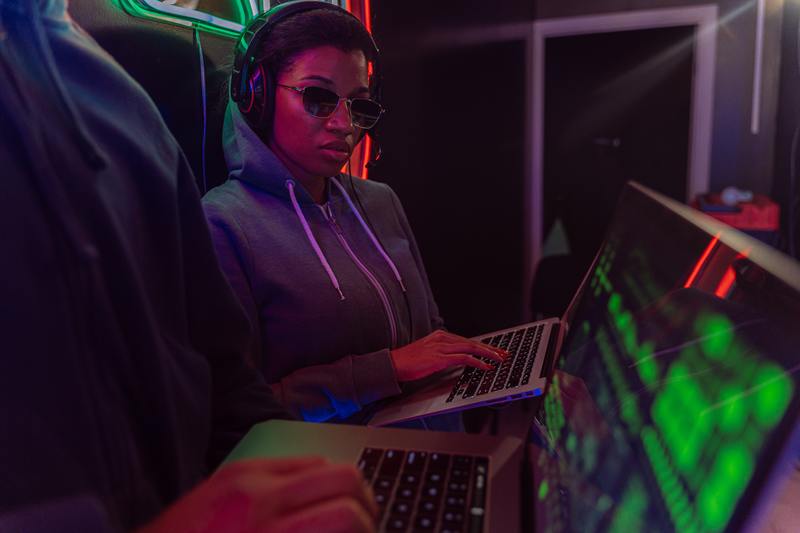 This may come as a surprise to some readers:

Despite being a privacy coin, Monero has bragging rights to the third-largest dev community, just behind Bitcoin and Ethereum. Its "shadowy super coder" origins can be traced back to a white paper. Written by Nicolas van Saberhagen, it covered the flaws of bitcoin being traceable. He also argued that privacy should be a fundamental property of any digital currency.

Someone took these ideas and created a protocol called "Bitmonero". After sharing the protocol on the Bitcointalk forum, users disagreed with the direction. In time, they forked Bitmonero, and it became what we know as Monero today.

With the help of this small community of online developers, it's come a long way. Since then, it's drawn the interest of colorful characters from all walks of life. These include cryptography researchers, anarchists, and privacy advocates, who study advances in Monero with great interest.

If you're curious about individuals working on Monero, you might be out of luck. Much of the team remains anonymous. Regardless, they manage to roll out updates every 6 months with cryptographic advancements.

Of note is that the Monero developer community is not monolithic. Instead, it's organized into workgroups according to their respective expertise. You can find out more about the community breakdown here.

Is mining Monero profitable? (And is it legal?)

Exactly how long does it take to mine 1 Monero? As with mining anything, this depends on your setup. What wouldn't I recommend? Going out and buying hardware for Monero mining. Unless you're a serious hobbyist who supports the spirit of Monero, don't!

See, Monero was designed to be ASIC-resistant. This means you don't need any specialized hardware to mine it. It's also designed to be inefficient with GPUs! Thus, the lower barrier to entry makes it friendly for beginner miners with a basic setup.

So, do NOT invest in a dedicated mining rig if you've already got a desktop computer handy. All you really need to get started with Monero mining is a powerful CPU and RAM. 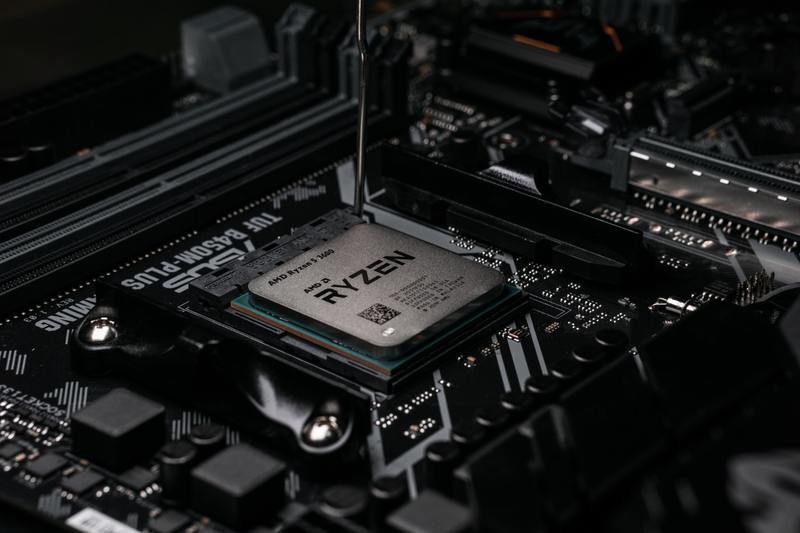 And how much Monero can you mine in a day with CPU mining? Toy around with this Monero pricing calculator. There are many mining profitability calculators out there, so if you want to do your due diligence and get a second opinion, here's one by Nicehash.

Just make sure you're paying attention to the cost of mining as well when looking at your mining revenue. Power consumption and computing power can add quite a bit to electricity costs.

But before you pull the trigger and go mining, let's address the anonymous elephant in the room. I'm sure you've wondered... is Monero illegal?

It's a fair question. Despite government institutions and our corporate overlords increasingly encroaching upon our privacy, Monero remains perfectly legal. However, the U.S. Internal Revenue Service has put out bounties for contractors willing to work on developing tools that can trace Monero. (One such company is Chainalysis.)

Is the concern of U.S. regulatory agencies valid? Let's not beat around the bush. Monero can—and has been—used for financial crimes like money laundering, financing terrorism, and tax evasion. It's a fair concern since we have many examples of past incidents (like ransomware attacks) where the attackers demanded Monero.

What's the most profitable way to mine Monero?

You're about to learn the most profitable approach to mining XMR. Follow the exact steps in the Monero mining process outlined below.

Here, you have two options. You can either...

(b) Grab a wallet address off an XMR-supported exchange, like Hotbit.

Your wallet choice depends on your objectives. Go with the official wallet if you intend to keep your XMR and support the community. But if you want to cash out immediately, grabbing an exchange wallet makes the most sense.

Let's use SupportXMR because it's one of the most popular mining pools, with a low 0.6% fee for joining their pool.

Alternative mining pools include MineXMR and Nanopool (both with a 1% fee).

To mine Monero, we'll use XMRig for the mining software, as recommended by the SupportXMR pool. Click here for the setup wizard, and click "Download" on the top-right-hand corner of the screen.

There's a good chance your browser will have blocked the download. You'll get a message like, "... is dangerous, so Brave has blocked it."

Click on the triangle bar and click "Learn more" to learn about why it's blocked. On the bottom right, click on "Show all", which will take you to your Download settings in your browser.

From there, find the download, where you have the option to "Keep dangerous file". Keep it and extract it.

Step 4. Add an exception to your security settings.

Click on "+ Add an exclusion", and from the dropdown menu, click on "Folder". Add the folder you extracted in Step 3.

Under "Start", click "New configuration", which takes you to "Pools".

Under "Pools", select "supportxmr.com" (our chosen pool). This action opens up a window for you to copy and paste your wallet address from Step 1.

Under "Worker name", you can write anything you want, but for the sake of clarity, it's best to use the name of your CPU. Once you're done, click on "+ Add pool".

Under "Backends", make sure "CPU" is selected, and the other two options are ticked off. Those two options are for GPU mining (unsuitable for Monero mining), which could increase computational costs and heat up your GPU. (Definitely not worth it!)

Under "Misc.", set donations to 1%. This is the smallest amount you can commit. If you want to commit more, adjust as you see fit.

Under "Result", scroll down to the bottom, where you'll find "Command line". Copy the command line underneath it.

Let's come back to your operating system. Inside the XMRig folder, right-click on the "pool_mining_example" batch file, and click "Edit".

Delete all the lines that start with a colon. What remains at the start of the doc should start with "cd", which is a command line prompt.

Below that, delete the line so that the only line left is the "cd" line.

Underneath it, paste your command line from the "Result" of the XMRig configuration wizard from Step 4.

Go back to supportxmr.com. On the homepage, copy and paste your wallet address.

Give the page a few minutes to populate the mining data for your mining rig.

What's the future of Monero? 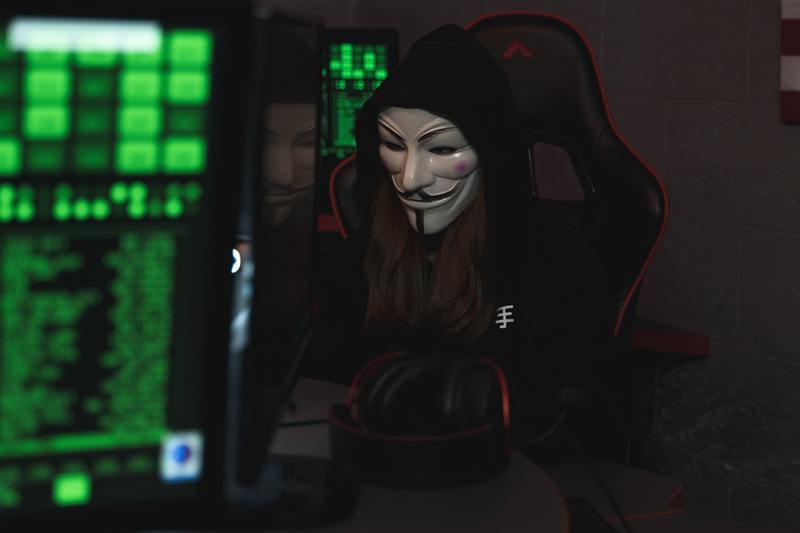 In February 2021, Monero rolled out an onion address for getmonero.com. This allows Tor users to access the site and download content without having to exit Tor. (If you didn't know, Tor is a free software that enables anonymous communication.) Monero developers are also working on atomic swaps for Bitcoin and Monero over the Tor network.

Today, addresses you've received funds from are anonymous. This means that even if you wanted to, you couldn't send anything back, like a tip. The rollout of return addresses will enable Monero users to, effectively, "return to sender".

RingCT signatures are also an area of research focus, since they can get quite large. Bulletproofs, a new type of range proofs by a research team at Stanford, shrink RingCT signatures down to a negligible size.

Lastly, Monero is working on a second-layer solution for faster payments. One such project is PayMo, which can process 5x as many transactions as the first-layer protocol.

Based on these recent developments, the future looks brighter than a bag of shiny sats for Monero holders. Sure, regulatory agencies and the media will continue taking shots at Monero. But the community's tireless commitment is testament that more good things will come.

Valerio is a blockchain and cryptocurrency writer, and founder of the Freelance Copywriter Collective. He lives in Chiang Mai with his life partner and dog.

Monero is the leading privacy coin in the cryptocurrency space. It was started in 2014 and have since grown into one of the biggest coins in the space.