Are you sure want to remove this coin?
Any transactions associated with this coin will also be removed.
Price Alert Successfully Saved! Please allow notification to receive alerts

KuCoin Futures – Join NOW to Get $5
Get $5 trial funds by depositing $100 (first 1000 users) into KuCoin Futures, a secure & trusted platform to trade BTC & Alts with up to 100x leverages.
Sponsored

Binance - Earn Interest on 50+ Coins
Binance Flexible Savings is your Crypto savings account. Subscribe your crypto to earn interest, with the flexibility to redeem your funds at any time. Terms & restrictions apply.

Compound price today is $141.39 with a 24-hour trading volume of $35,191,896. COMP price is down -7.8% in the last 24 hours. It has a circulating supply of 3.3 Million coins and a max supply of 10 Million coins. Coinbase Pro is the current most active market trading it. In order to explore addresses and transactions, you may use block explorers such as etherscan.io and ethplorer.io. Additional information can be found at https://compound.finance/governance/comp.

What is the Compound Governance Token?

COMP is an ERC-20 asset token that will run on the Ethereum Network, much like the Compound Smart Contract itself. In addition to that, COMP allows its owner to delegate voting rights to an address of their choice; be it the owner’s own wallet, another user, an application, or a DeFi expert. The Compound Governance will essentially work on a Delegated Proof of Stake model, much like EOS, Lisk, Steem or Bitshares.

"My personal belief is that nobody would use bitcoin if it was run by the ‘Bitcoin Corporation,’” Robert Leshner, Compound’s founder once said in an interview, alluding to the motivations behind why the team set out to create the Compound Governance Token.

What will COMP be used for?

Eventually, anyone will be able to propose a change to the Compound Lending Protocol. However, only proposals with the backing of at least 1% of COMP total supply in backing will then be brought forward for voting. These proposals may include adding support for a new asset, changing an asset’s collateral factor, changing a market’s interest rate model, or changing any other parameter or variable of the protocol that the current administrator can modify.These proposals will be in the form of executable codes, not suggestions for a team of foundation to implement. This will make it so that Compound may eventually become a Decentralized Autonomous Organization in the future.

The 2 day period is imposed so that users who do not agree to the proposal may withdraw their positions from Compound itself if they wish so. 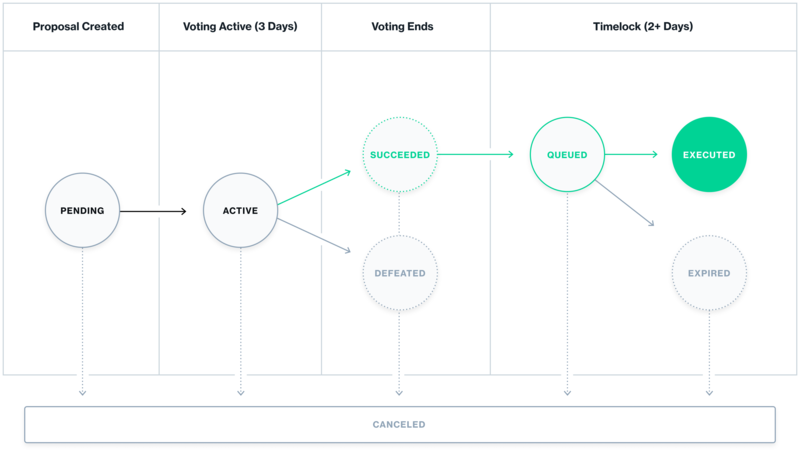