Portfolio
Portfolio New Price Alert Login and Security Developer's Dashboard Subscription Sign Out
Login
Search
Price alert successfully saved!
Open our mobile app to receive alerts on the go 🙌
Tokenomics data for this coin is currently unavailable.
Please send us a request for coins you would like to see Tokenomics data on. The Gecko team will try their best to curate the data!
In the meantime, check out some other coins that currently do have Tokenomics data here!
Rank #288

Illuvium is a decentralized gaming studio that merges online gaming with cryptocurrency. They create uniquely functional, evolving, and high production-value NFTs that are playable in a universe of play-to-earn gaming titles.

Illuvium, their first game in development, is positioned to be the first blockchain-based AAA gaming title offering high-fidelity graphics and addictive gameplay. Their decentralized NFT collection and auto battler game is built on the Ethereum network and integrated with the hyper-scalable ImmutableX layer-two solution. ImmutableX gives the players of Illuvium access to zero gas fees for minting or exchanging assets, as well as sub-second transaction times, all with user-maintained custody.

The genesis of Illuvium was a desire to make a collectible NFT game that was open, transparent and governed by the community.

What is the premise of the game?

Illuvium, a strangely shattered world with vast, difficult to traverse terrain. Locked on all sides by crystallized oceans, it is strewn with intriguing enigmas.
Your society, a spacefaring colony since time immemorial, has arrived on this planet, and can’t get off of it.
You are a hunter, as are the other stranded colonists from your ship.
Surrounded by clues, you are working together to solve the mystery of what happened here.
Vestiges of an ancient civilization are literally embedded into the landscape.
Pure white Obelisks gleam in the distance, hinting at a technology now lost.
The native creatures that populate the planet—deity-like beings that dominate the realm with elemental powers—are the collective clue, and core, of the mystery.

Hunt them.
Capture them.
Uncover the history of this lost world.

What is the sILV and ILV token?

$ILV token is used for governance, meaning anyone holding the token can vote on proposals that improve the game. $ILV token holders can also stake in the protocol to receive their portion of in-game revenues—currently set to 100%.

sILV is a Synthetic ILV token and can be used as in-game currency for things like enhancements, skins, and emotes. It can be earned by staking $ILV token in the protocol.

How is the game governed?

The Illuvinati Council is the governing entity of the game—representatives are elected in by $ILV token-holders. A large portion of the governance framework has been inspired by Synthetix Protocol. $ILV holders will be able to elect council members as a delegate and a quadratic voting process is used to vote for proposals. The Illuvinati Council is Illuvium’s initial governance model, and is subject to change. Illuvium strives to implement the best models of decentralized and decentralizing governance.

Where can Illuvium be traded?

What is the 24 hour trading volume of Illuvium?

What is the highest price for Illuvium?

What is the lowest price for Illuvium? 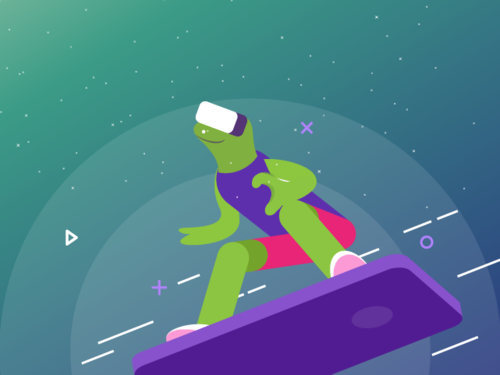 We take a look at the most anticipated, must-play NFT games of 2022. Whether you're a crypto native or not, these are the best games that you should try! 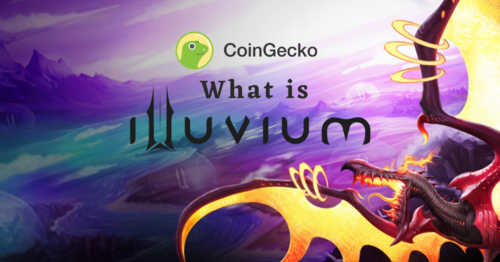 What is Illuvium, Gameplay, and How to Stake ILV

Illuvium is an upcoming Ethereum-backed auto battler game where players can hunt and capture powerful NFT beasts. Read on to learn more about Illuvium.