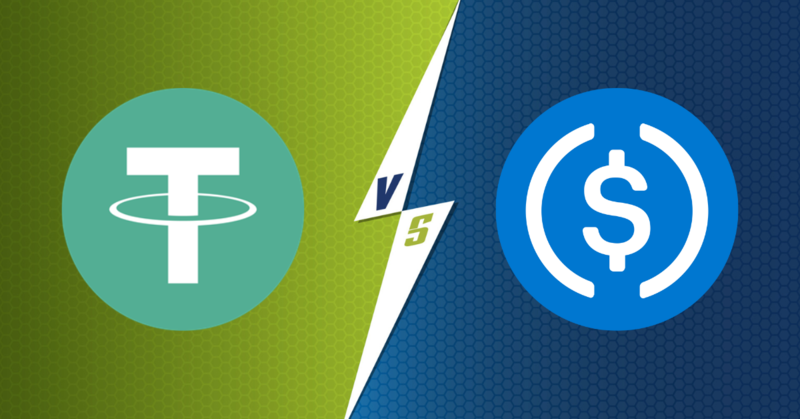 USDT and USDC are stablecoins backed by the U.S.dollar, and they are the two largest players in the space based on market capitalization. These stablecoins are less volatile than native cryptocurrencies as they are pegged to national currencies, and provide traders a store of value for their cryptocurrencies between trades.

What are Fiat-Backed Stablecoins?

Put simply, fiat-pegged stablecoins are tokenized versions of fiat currencies. However, this is a very diluted explanation. Stablecoins pegged to fiat maintain their value around that of the fiat, but unlike the fiat currencies, they open up opportunities for wider usage.

Fiat-pegged Stablecoins create a virtual copy of fiat currencies on a relatively better management technology – blockchain; without necessarily inflating the currencies. The virtual currency created on the blockchain allows permissionless and borderless usage of the currency.

Unlike the hard US dollar currency, stablecoins pegged to USD can be transferred to anyone around the world without going through rigorous steps to perform international transfers. They can be traded on centralized exchanges and DEXes like any other cryptocurrencies.

USDT and USDC at the time of this writing control a market capitalization of over $67 billion and $50 billion respectively, with a market share of 45.63% and 33.67%. 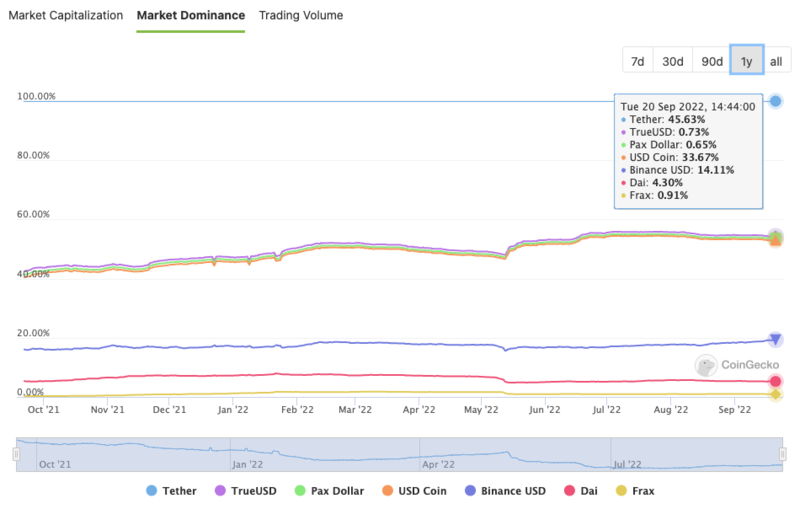 We’ve also put together a quick summary of how these coins compare against each other: 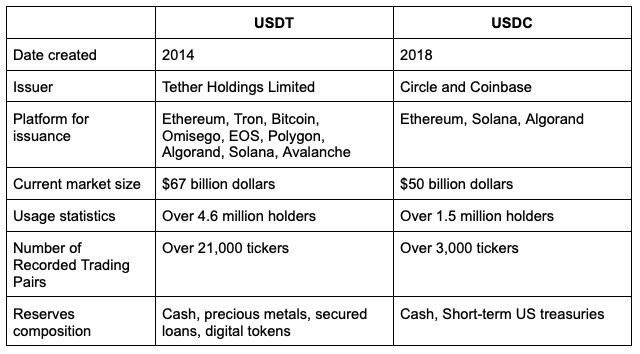 The concept of fiat-backed stablecoins was introduced by Tether Holdings Limited with Tether USD (USDT) being the first known stablecoin pegged to the US dollar. USDT was introduced in 2014 to solve the raging liquidity and interconvertibility issue that plagued cryptocurrency’s development. Tether Holding was associated with the Bitfinex exchange, even though both companies have in the past issued statements contradicting this speculation.

Tether runs USDT issuance services for institutions and individuals. To issue USDT, the client (which can be Tether itself as well) sends cash or cash equivalent of the USDT they wish to be issued to Tether’s reserves. USDT is then issued and sent to the client’s wallet. The issued USDT can be spent like any other cryptocurrency. They are pegged to the USD dollar and can be redeemed at will. Here’s a visual representation of the USDT cycle: 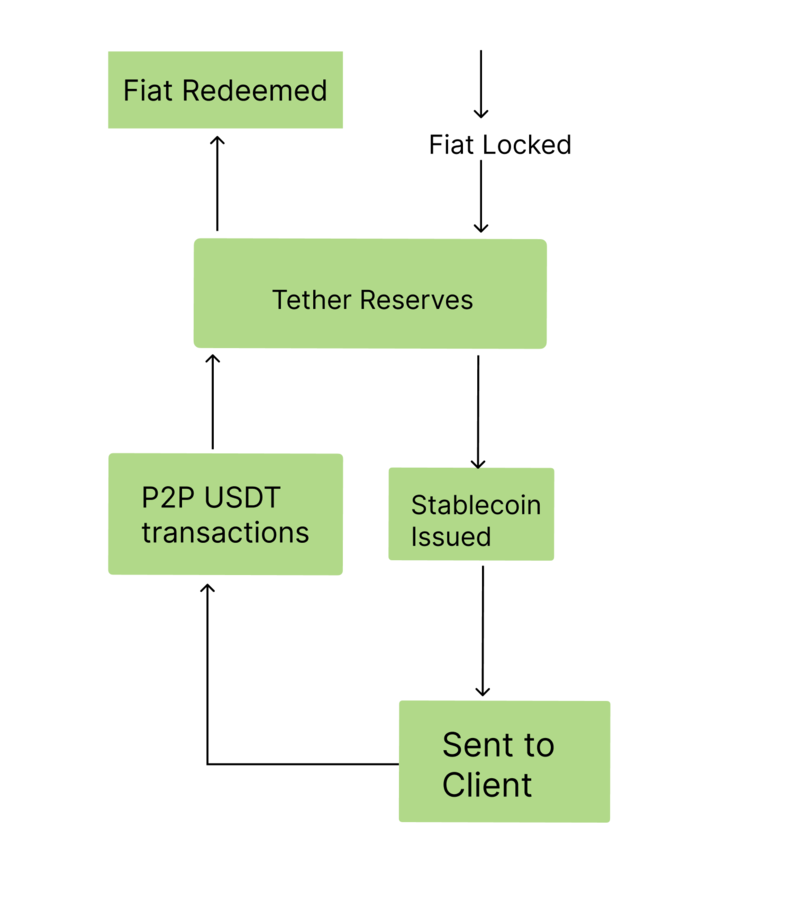 In its eight years of operation, USDT has seen exponential growth. This is thanks to the institutional adoption of cryptocurrencies and USDT being the stablecoin of choice for market makers and institutions looking to enter the crypto space. USDT’s market capitalization has risen to over $65 billion. It is the third biggest cryptocurrency, only behind Bitcoin and Ethereum.

An average of $45 billion worth of USDT is traded daily on centralized and decentralized exchanges. USDT is listed on almost every cryptocurrency exchange, and over 3000 USDT pairs are live on tracked exchanges, providing investors with an easy way to trade between USD and other cryptocurrencies. 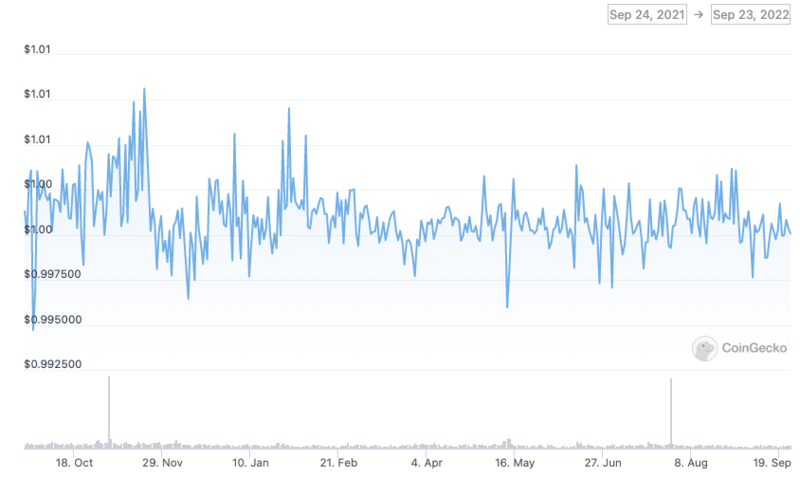 The reserve held by Tether is at the core of USDT’s functionality. It controls the stablecoin issuance process and is an index of USDT’s fiat backing. Cash or cash equivalents committed to USDT issuance are held in the Tether reserves and USDT redemptions are also paid out from these reserves.

Based on the latest reserves breakdown from Tether, just under 80% of its reserves is in cash, cash equivalents, and other short-term deposits and commercial papers, with over 99% of these having a duration of 0-90 days.

USDC is issued and managed by Circle and U.S.-based cryptocurrency exchange Coinbase. Launched in 2018, USDC has since issued over $50 billion worth of U.S. dollar-pegged stablecoin. About half of this figure was issued between July 2021 and August 2022.

USDC’s mode of operation is very similar to USDT. The biggest difference lies in their reserve’s compositions. Circle pay and Coinbase accept only cash and short-term U.S. treasuries for USDC issuance. USDC stablecoin’s cycle is similar to that described earlier for USDT.

USDC control a market capitalization of over $51 billion at the time of this writing. It is the second largest stablecoin and the fourth largest cryptocurrency, only behind USDT in both instances. Over $4 billion worth of USDC is traded on cryptocurrency exchanges daily. 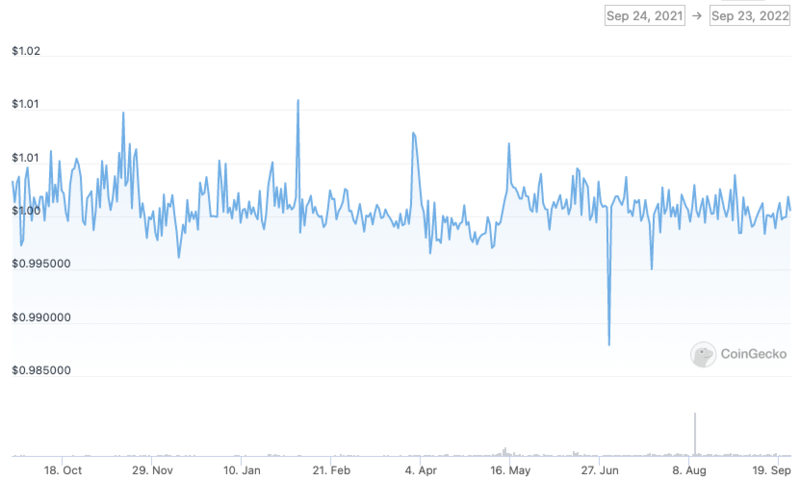 Popular Arguments Against USDT and USDC

Stablecoins are touted as “cryptocurrency’s doomsday”. Critics speculate a dramatic event should any of the big stablecoin projects crumble. A similar scenario to that seen during the LUNA (now LUNA classic) and UST (now USTC) collapse. USDT and USDC are the main recipients of the ‘doomsday’ speculations. Here are the most popular arguments against the two biggest stablecoins;

Fraudulent Information on Banking and Reserves

The trust level for USDT and USDC is somewhere below the level of trust for native cryptocurrencies. The constant minting of billions of dollar-pegged cryptocurrencies with vague explanations has eroded the trust between the USDT team, the USDC team, and the rest of the crypto space, where “Tether printer go brrr” is a popular phrase that embodies the frequent printing of stablecoins by the stablecoin giant.

USDC and USDT are both subjects of continuous controversy. These controversies have persisted throughout the course of their existence. Questions arise regarding the legitimacy of their minting process and if these minted coins are fully backed as stated, especially in the case of Tether, which has yet to deliver on its promised audit since 2017.

USDC reserves are considered to be more transparent than Tether’s. The monthly audit reports and the reserve compositions make it easier to track the collateralization of the USDCs minted by the institutions, while the basket of commodities in Tether’s reserves makes its audit report even more complicated.

A couple of investigative journalism reports on USDT have shone the light on how printed USDT is utilized by exchanges. These reports are unverified but provide a base for the allegations that printed USDTs are used to artificially influence the price of cryptocurrencies. USDT, USDC, and other stablecoins are known to be used by market makers and that probably explains why a good percentage of printed stablecoins go straight to exchanges. Notwithstanding, this process hasn’t been properly addressed by both issuers or the implicated exchanges, although Tether has been ordered by a U.S.judge to produce financial records related to the backing of USDT as part of a lawsuit that alleges Tether has used unbacked USDT to inflate the price of bitcoin.

In the wake of the ban on Tornado cash – a cryptocurrency mixer – USDC issuer, Circle Pay reportedly froze over $750,000 worth of assets belonging to cryptocurrency wallets related to the project. Both projects have exhibited ‘undue’ use of their powers according to many cryptocurrency enthusiasts. USDT and USDC are issued and managed by designated central bodies, unlike decentralized stablecoins.

While a completely centralized project is at odds with cryptocurrency’s promise of decentralization, decentralized stablecoins are seen as comparably high-risk due to their lack of fiat backing.

Over the past few years, stablecoins have been in the news for controversial reasons, some of which we have discussed above. Internal financial regulatory bodies face an uphill task in ensuring that stablecoins comply with regulations like other forms of payment. To achieve this, custodial financial institutions are delineating rules which stablecoin projects must follow to ensure proper accounting and liquidity for every minted stablecoin.

To address the risks associated with stablecoins, the U.S. Congress will proceed to enact legislation that brings stablecoins to a check and ensures compliance. These legislations would complement existing regulatory attempts on stablecoins as related to market integrity, investor protection, and illicit finance, and also address key concerns about stablecoins.

The U.K., Australia, Singapore, and many other nations have also proposed a new set of rules for stablecoins. Regulatory attempts on stablecoins have intensified since the tragic collapse of Terra foundation’s UST stablecoin.

Investing in USDT and USDC

Providing liquidity comes with its own disadvantage, this is commonly known as impermanent loss. Impermanent loss is a ‘temporal’ and ‘illusional’ loss incurred by liquidity providers due to variations in demand and values of the tokens they supplied to the liquidity pools.

To encourage investors to provide liquidity amidst this risk, many DeFi projects offer liquidity mining opportunities. To earn tokens in a liquidity farming program, liquidity providers stake their Liquidity pool tokens on the platform and earn according to the APR and amount of LP tokens they stake. Most of these programs offer rewards for USDT/USDC liquidity pairs and other crypto assets paired with USDT or USDC.

Lending on Centralized and Decentralized Exchanges

Lending out dormant USDT or USDC on centralized and decentralized exchanges is a good way to earn passive rewards on stablecoin holdings. Lending programs let you loan out your assets and the borrower pays interest on the borrowed asset. Lending platforms like Nexo can offer interest rates of up to 12% on stablecoins.

As always, remember to do your own research before investing.

Together with other stablecoin projects, USDT and USDC have enriched the crypto space with a sufficient store of fiat-standard currencies. More important is their efforts to maintain these coins’ value. Compared to stablecoins backed by algorithms, they have shown plausible stability and seen an incredible adoption rate.

With over $100 billion worth of stablecoins issued, USDT and USDC are both waxing strong amidst incessant backlashes. Both projects are still seen through opaque glasses, constantly fending off concerns raised by independent audits and investigations. While USDT and USDC have both managed to pull through, there’s still a need for increased transparency, and this is a concern for every other centralized fiat-backed stablecoins.

Top 15 Countries Most Curious about Cryptocurrency

Nigeria is the most cryptocurrency-obsessed country in the world, our new study reveals.