Interview with Ben He Bin, Founder and CEO of imToken 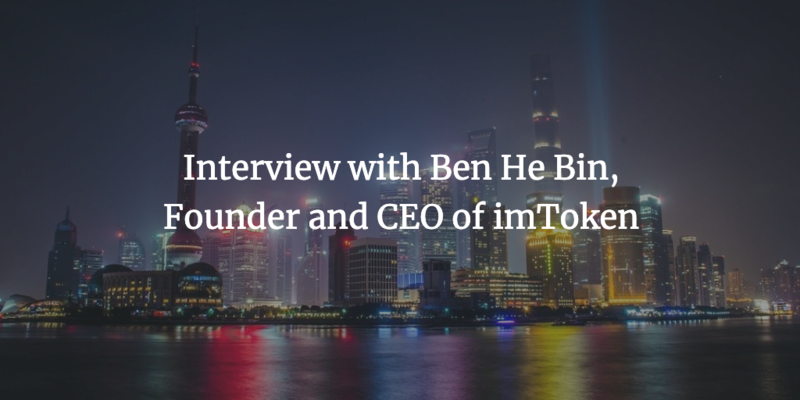 CoinGecko had the good opportunity to interview Ben He Bin, founder and CEO of imToken. imToken is a leading digital asset wallet in the blockchain space. imToken recently also launched Tokenlon, a decentralized exchange (DEX) that has since been spun out of imToken.

With more than ten years of experience in Internet product design and development, Ben is an early member of a blockchain technology research team, which founded a series of successful blockchain startups. Ben started paying attention to Bitcoin back in 2013 and a year later, the Ethereum platform. He has previously worked with digital currency exchanges, data storage entities, and is currently focusing on smart contract technology and digital asset management.

1. What inspired you to start imToken?

We started imToken with a small group of people, back in 2016, when Ethereum was still in its early days. We wanted to offer people access to this new and exciting land of possibilities: sending tokens and owning crypto on their own devices.

In the very beginning imToken was only a wallet to send and receive ETH and ERC20 tokens. At that time, blockchain was still widely unknown in Asia. But that changed quickly in the following years. Now, 3 and a half years later, we are offering more features and access to more blockchains to our users.

2. How many users do you have on imToken and how has your growth been since launch?

We currently have one million people actively using our apps, most of which are based in Asia and the US.

We did start pretty early, even before the ICO boom of 2017. Back then, people had a limited amount of blockchains and tokens to choose from. The first interesting tokens started to be issued on Ethereum, and our users came looking for an easy, secure way to store those tokens. What they wanted most was a secure storage for their tokens on their own phones, instead of some exchanges that may get hacked.

With the rally in crypto prices in 2017, crypto came into mainstream attention in Asia as well. Our early users have simply advertised our app to their friends. And, just like that, our download numbers grew pretty steadily to the first 1 million in 2017. Our active users peaked around  the peak in crypto markets. Since then, we more or less have a steady million monthly active users.

What has changed since is the demand for more blockchains and more sophisticated use cases such as lending, non-custodial trading on DEXs, and decentralized games.

3. Do you plan to support more blockchains on imToken?

We have a couple of blockchains in the pipeline. That’s as much I can say: You will like it.

4. What are some of the most popular dApps in China and on imToken?

Games, DEXs and DeFi are all popular in China, similar to other countries. However, there are China-specific dApps that we can see being popular with our users. The most popular dApp is Mixmarvel’s Hypersnake, which is a snake-style crypto game, and Hyperdragon by the same creators. That’s followed by DeFi dApps, such as MakerDAO’s DAI dApp and a couple of DEXs. Some other dApps that are popular right now: the Multisender app for sending airdrops. People are actually using that dApp to send airdrops in imToken, on mobile. 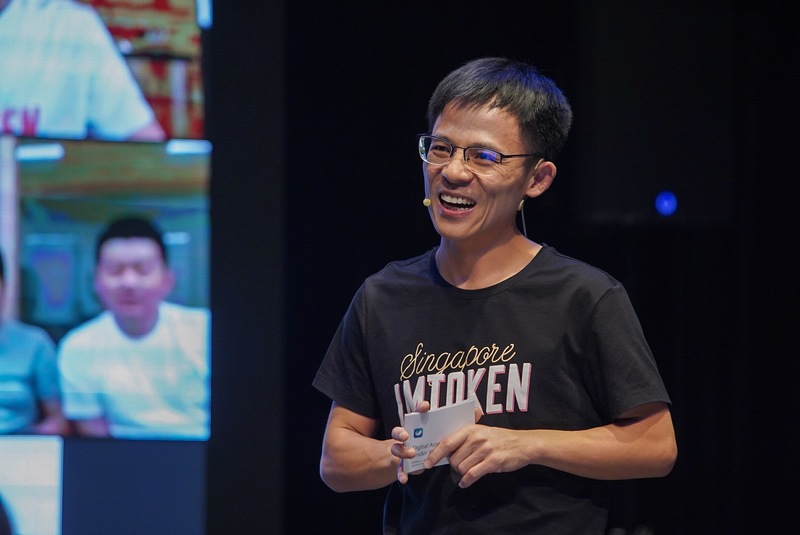 5. Is DeFi gaining traction in China? What have you learned from recent developments?

In China, just like anywhere else, centralized crypto finance is more popular. However, we currently see a couple of DeFi projects being used, one of which is Compound.

We first integrated Compound into our dApp browser, but quickly realized the popularity and offered the dApp within the DeFi manager, a more popular place within the app. And with that, Compound’s user numbers jumped accordingly. Then, there are local dApps that specifically carter to the Chinese market, such as DDEX, who recently started supporting USDT, which is especially popular in China.

We also realized how important localizing DeFi dApps for China is. For example, we helped a couple of DeFi dApps, including MakerDAO and Kyber Network, to market within China, and we supported other dApps with translations. You can guess, having translated into local language helped to increase popularity.

6. In the imToken app, there is a DeFi manager that pays interest on imBTC to users. How do you earn the revenue to pay interest to users?

With the DeFi manager, we try to offer the most popular DeFi features in one view: Tokenlon as the decentralized exchange, Cosmos for staking, Compound for lending, and imBTC for income on bitcoin holdings.

imBTC is a token pegged 1:1 with bitcoin. With imBTC, you also receive payouts in imBTC. The payouts result from the following sources:

The bitcoin can be redeemed from the custodian with imBTC, and the holdings are verifiable on chain.

7. Why did you start Tokenlon?

Tokenlon was started by imToken, and has since been spun out of the company. In short, the original motivation to build Tokenlon was to build a DEX that is usable and fast. With Tokenlon, you don’t need to deposit tokens, trade, and then withdraw, but can instantly trade and receive tokens. Tokenlon also brings security, which is the promise of atomic swaps: either the trade goes through, and you receive your token, or your token stays in your wallet. In short, it is not possibile for a hack of your tokens like in all the centralized exchanges.

As a plus, Tokenlon is designed in a way to provide good prices which are locked-in before every trade, unlike other DEXs which give you price estimates only.

8. Where do you see the future of imToken and Tokenlon?

If there is one thing that is certain, then it’s the uncertainty of the crypto ecosystem.

Seriously though, we see a few trends for the coming year. One is DeFi, which will continue to grow, and the other one is cross-chain. Our focus will always be on providing a secure wallet that is easy to use. And our roadmap is built on that foundation.

9. Are you launching any other new products in the coming months?

Both imBTC and Tokenlon are big focus for the Tokenlon team. And, regarding chain integrations, there’s so much we can tell: After EOS and Cosmos, we are currently working on adding support for a lot more blockchains. Stay tuned!

BscScan: An Ultimate Guide To Using It

This guide takes you through the BscScan and how it can help you navigate the blockchain and stay safe.

Cardano vs. Ethereum: The Ultimate Comparison

Cardano vs. Ethereum. Now that major updates are around the corner for both chains, which one will come out on top? Read our guide to find out.

Back down the Bera Rabbit Hole We Go