Near Protocol f5cfb...e.near
Refer to Chainlist for wallet network info.
*Chainlist is 3rd party site. Use at your own risk!
Show More Info
Hide Info

What is Octopus Network?

Octopus Network is a multi-chain interoperable cryptonetwork for bootstrapping and running Web3.0 application-specific blockchains, aka appchains.

Appchains allow developers to customize their application in terms of governance structure, economic design, and underlying consensus algorithm — even at the bottom of the technology stack.

The Octopus Network reduces the cost of launching appchains by millions of dollars and can host an unlimited number of appchains.


How does Octopus Network work?

The Octopus Relay is a set of smart contracts running on the NEAR blockchain, aka mainchain, that implements the security leasing market.

NEAR solves scalability issues with sharding technology to allow the network’s capacity to scale up as the number of nodes in the network increases.

Octopus appchains sit on the demand side of the market. They pay rent in their native tokens to lease security from the $OCT holders who stake on them.

Appchains are interoperable with NEAR protocol and Ethereum via the Rainbow Bridge and use an out-of-box IBC pallet to connect with any IBC enabled blockchains directly.

Any asset issued on Ethereum, NEAR, or any IBC enabled blockchain can be transferred into Octopus appchains trustlessly.

In the other direction, assets issued on appchains can be transferred trustlessly out to Ethereum, NEAR, and any IBC enabled blockchain. 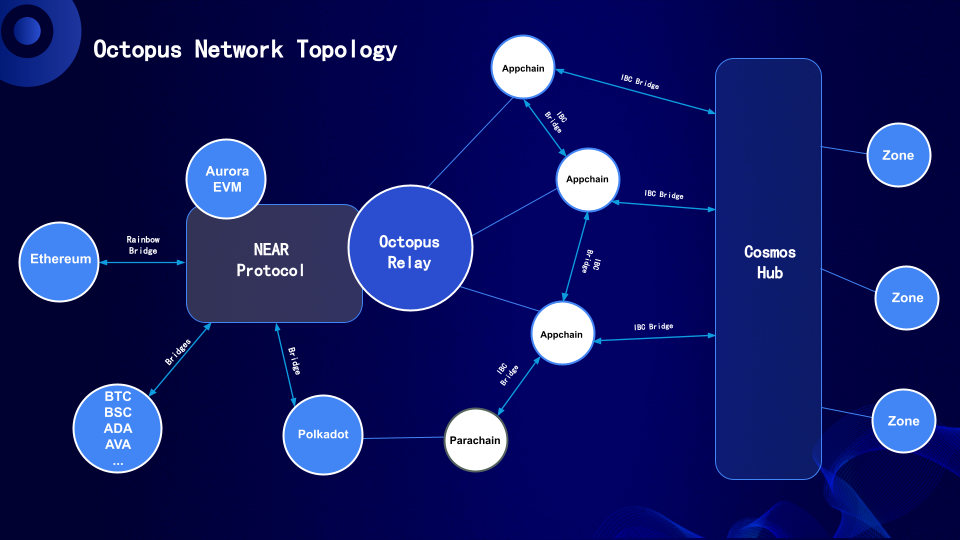 Why was Octopus Network created?

Octopus Network was created to make Web3.0 accessible to all Substrate and Web3.0 developers by solving the problem of how to lower the cost of both bootstrapping and operating an application-specific blockchain.

But Octopus uses a leased security design (LPoS) which allows appchains to choose the level of security they need at any time and scale as necessary.

Octopus will be able to offer mass adoption for Web3.0 applications, which allows Web3.0 to be realized much sooner and by more protocols than other platforms.

Octopus Network sees a Web3.0 future where Octopus, Polkadot, Cosmos, and perhaps many other protocols all exist simultaneously to provide multichain options for all types of Web3.0 developers.

Octopus Validators stake $OCT tokens to validate a particular appchain and set up a node to run that appchain’s protocol. In return, Validators are eligible to receive the respective native token of the appchain they are validating.

$OCT holders can delegate their $OCT to Validators for a share in the staking rewards of an appchain’s native token.

$OCT holders are able to endorse appchain candidates by upvoting them.

$OCT holders are also entitled to control the governance of the network by forming the Octopus Network DAO. 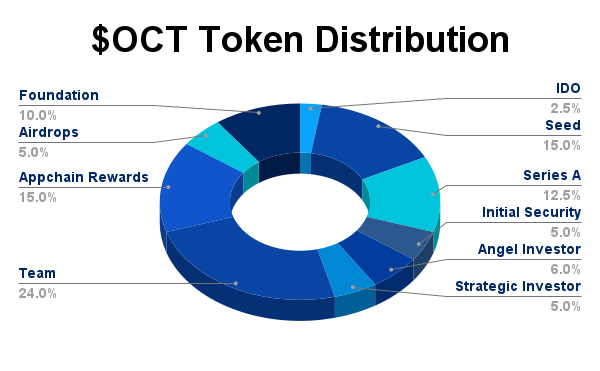 The total supply of $OCT is fixed at 100 million.

All $OCT will be minted before the Octopus mainnet goes live.

5% of $OCT belong to the Octopus Foundation to be used to provide the initial security for appchains. While there is no locking for this portion, it won’t go to circulation because it’s designated for appchain staking.

Of the remaining 65%, the portion including 6% angel investors + 5% the strategic investor + 24% core team +10% Octopus Foundation will be released linearly over the course of three years after the token generation event (TGE).

Where can Octopus Network be traded?

What is the 24 hour trading volume of Octopus Network?

What is the highest price for Octopus Network?

What is the lowest price for Octopus Network? 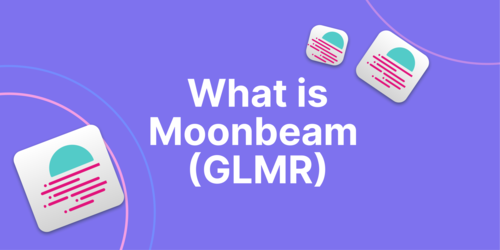 Moonbeam: A Smart Contract Platform for Cross-Chain Apps on Polkadot

Moonbeam network is a smart contract platform for building cross-chain connected apps that can access users, assets, and services on Ethereum and more.