How Gamers are Making a Living: A Case Study on Axie Infinity

Disclosure: The content is strictly for your general information only. No part of the content that we provide constitutes financial advice, legal advice, or any other form of advice meant for your specific reliance for any purpose. Any use or reliance on our content is solely at your own risk and discretion.

Crypto natives have long known about the value of crypto gaming. People may not understand how crypto works, but many are already gamers from a young age. Although games are primarily played for entertainment purposes, there is a class of gamers who play-to-earn (P2E).

As its name suggests, Play-to-Earn (P2E) involves players playing a game and earning an income. Depending on the game, there are different economies, strategies, and methods to build a reliable revenue stream.

A common example would be selling resources in-game that require a significant investment of time to obtain. Other players who seek out convenience and faster game progression but are unwilling to put in the hours are usually more than happy to pay for it.

The thing is, P2E is not a new phenomenon. Entrepreneurial players have been around way before the advent of blockchain-based NFT games. Runescape, a highly popular Mass-Multiplayer Online Role Playing Game (MMORPG) released back in 2001 by Jagex, has been the primary source of income for many Venezuelans over the past few years.

Due to the dire situation of the Venezuelan economy, players were and still are farming Runescape Gold (a form of in-game currency) which is then sold for profits outside of the game. A large part of this can be attributed to the hyperinflation of the Venezuelan Bolivar, which is currently estimated to have an annual inflation rate of 3,100%. It is no wonder then that people rather earn in-game currencies than work a real job.

However, unlike regular jobs, P2E players rely on third-party platforms to transact and sell their in-game currencies. These platforms are often illegal because they do not have copyright permission from the game developers and goes against the games’ terms and conditions.

This has been a real issue for Runescape - Runescape estimated that in 2013, up to 40-50% of the player base was buying ‘illegal’ gold. Despite the proactive bans by Jagex, Runescape’s game publisher, the issue is far from being resolved.

Recognizing the drawbacks of ‘traditional gaming’, developers are capitalizing on blockchain technology to build their games; a large part of that process involves creating NFTs/tokens to represent digital assets and in-game currencies. This may seem inconsequential, but the implications are more significant than you think.

In-game currencies and digital assets will have access to decentralized exchanges (DEXs) and NFT marketplaces. In other words, players can freely trade and exchange for other crypto-assets like Dai, Ethereum, and even other gaming assets. This results from the greater player autonomy that NFTs offer because NFTs offer ‘real’ ownership and allow players to do whatever they want with it. Players are thus free to P2E without any restrictions while leveraging the reliability and security of blockchain infrastructure.

Indeed over the past few months, we are witnessing a shift of the hype from Art NFTs to Gaming NFTs. Many NFT games are starting to incorporate the P2E element. Boundaries between real and virtual economies are becoming increasingly blurred. Floodgates for the masses have opened. Gamers are going bankless. And at the heart of the new paradigm is the virtual-pets battle simulator, Axie Infinity.

Subscribe to CoinGecko Premium to unlock this exclusive article

Find out how to get started in Axie Homeland and level up your land in this step by step guide. 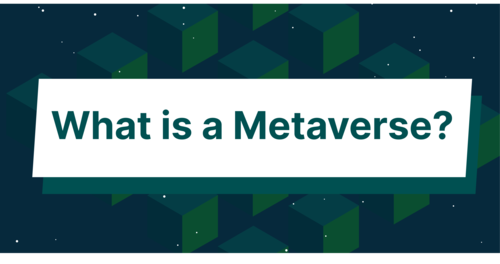