What was the highest price for yearn.finance?

What was the lowest price for yearn.finance?

What was the 24 hour trading volume of yearn.finance?

Where can yearn.finance be traded?

What is Yearn Finance?

Yearn Finance is a suite of products in Decentralized Finance (DeFi) that provides lending aggregation, yield generation, and insurance on the Ethereum blockchain. The protocol is maintained by various independent developers and is governed by YFI holders.

It started out as a passion project by Andre Cronje to automate the process of switching capital between lending platforms in search of the best yield offered, as the lending yield is a floating rate rather than fixed rate. Funds are shifted between dYdX, AAVE, and Compound automatically as interest rates change between these protocols.

The service offered includes major USD tokens such as DAI, USDT, USDC, and TUSD. For example, if a user deposits DAI into yearn.finance, the user will receive yDAI token in return, which is a yield-bearing DAI token.

Later on, it collaborated with Curve Finance to release a yield-bearing USD tokens pool that includes four y-tokens: yDAI, yUSDT, yUSDC and yTUSD, it is named as yUSD.

Yearn Finance debuted the vault feature after its token launch, igniting a frenzy on automated yield farming and is considered the initiator of the category of yield farming aggregator. Basically, the vault will help users to claim yield farming rewards and sell it for the underlying assets.

Vaults benefit users by socializing gas costs, automating the yield generation and rebalancing process, and automatically shifting capital as opportunities arise. End users also do not need to have proficient knowledge of the underlying protocols involved or DeFi, thus the Vaults represent a passive-investing strategy. It is akin to a crypto hedge fund where the aim is to increase the amount of assets that users deposited.

Yearn Finance was launched in July 2020 and its governance token, YFI was released to the community through a fair launch. At its initial release, because there were no fundraising nor valuation placed on Yearn Finance, the market did not fully comprehend the value capture and not able to figure out the market value for it.

As Yearn Finance continued to attract liquidity by allowing people to easily earn and participate in DeFi, YFI token went from $30 to $43,000 within 2 months from its launch.

In 2021, Yearn Finance continues to solidify its position as the gold standard for yield aggregator in which it managed to hit an all-time high of $91,000 on May 12th, 2021 alongside with the peak of the cryptocurrency markets.

What is Yield Farming and Delegated Vaults?

Yield Farming refers to the activity of depositing and locking capital in a DeFi Protocol for the reward of the protocol’s native tokens. DeFi protocols need to bootstrap capital to provide liquidity for exchanges, lend to borrowers, underwrite insurance risk, etc. It acts as an incentive to attract users to use the protocol while generating hype, giving out part of its native tokens.

Other than simple yield farming, Yearn Finance also released a product named delegated vault. Delegated vaults basically use any assets as collateral to borrow stablecoins and recycle the stablecoins into a stablecoin vault. Any subsequent earnings are then used to buy back the asset.

For example, one of the delegated vaults is yETH, where users can deposit ETH and expect to have more ETH when they withdraw. The ETH is sent to Maker DAO as collateral in order to draw DAI where the DAI will be invested into the DAI vault, with subsequent earnings used to buy back ETH.

Why is the founder, Andre Cronje controversial or famous? 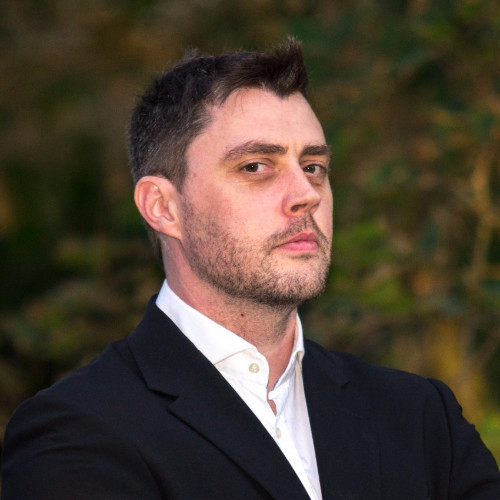 Andre became one of the most famous DeFi thought leaders as he launched Yearn Finance single-handedly, witnessing YFI price went up by roughly 55x in less than 3 months, valuing Yearn Finance by more than $1 billion. He is vocal on Twitter with his ethos of fair token launch and having a bias on launching experimental projects before audits, which gave birth to one of the DeFi main activities “Aping”.

Aping basically means buying the tokens the moment it launches in Ethereum mainnet before fully knowing the function of the tokens. It normally involves directly interacting with the Ethereum contract before a website UI is out or buying it straight from DEX such as Uniswap. It is a high risk activity, causing many investors to lose their fund to scams. But the lure of getting early access to tokens that might go up rapidly in price is attracting tons of speculators.

One of the examples is when Andre launched EMN, a game economy engine called “Eminence” that was subsequently hacked for $15 million. Subsequent launch of the KP3R token, a network that facilitates keepers to perform automated tasks on behalf of requestors, saw the price go up by 22x in less than 3 months, valuing KP3R at more than $100 million. The activity of aping will not die down anytime soon with numerous projects achieving high valuation within a short span of time.

What is the Yearn Finance Alliance?

During the weeks of 24 November until 3 December 2020, Yearn Finance announced the Merger and Acquisition (M&A) of multiple protocols, essentially forming an alliance revolving around YFI.


There are even multiple Yearn Ecosystem Index tokens launched such as YETI by Powerpool and YPIE by PieDAO.

What are the fees in Yearn Finance?

Yearn Finance v1 charges a withdrawal fee of 0.5% plus 5% performance fee from the gas cost saved.

Yearn Finance v2 follows the traditional hedge fund fees structure of 2/20 where it charges 2% for management fee and 20% for performance fee. Yearn Finance v2 was launched on 19 January 2021.

What is YFI token?

YFI is the governance token for the Yearn Finance protocol. It can be used to vote and receive cash flows from the fees earned by the protocol.

YFI initiated the first community-fair-launched token distribution, giving out 30,000 tokens to early protocol’s users by a surprise yield farming announcement back in 17-July-2020.

How to trade YFI?

YFI can be obtained by buying them from exchanges such as Sushiswap or Binance. You can find YFI trading on various centralized and decentralized cryptocurrency exchanges.