Portfolio
Portfolio New Price Alert Login and Security Developer's Dashboard Subscription Sign Out
Login
Search
Price alert successfully saved!
Open our mobile app to receive alerts on the go 🙌
Tokenomics data for this coin is currently unavailable.
Please send us a request for coins you would like to see Tokenomics data on. The Gecko team will try their best to curate the data!
In the meantime, check out some other coins that currently do have Tokenomics data here!
Rank #419

ARK is a cryptocurrency and blockchain-based development platform allowing anyone to create their own fully customizable and interoperable blockchain. Reducing the industries need for Smart Contracts by using custom transactions, logic, and multiple programming languages. ARK was founded in mid-2016, running an ICO later that year which raised $800k. The team claims that sound financial planning has allowed ARK to become a well-funded entity since its inception. On March 21, 2017, the ARK Public Network went live, hosting the native ARK crypto asset. The ARK business entity, ARK ECOSYSTEM SCIC, was formed shortly thereafter. The business entity is commonly referred to as 'ARK.io' which is part of the team's branding and website.

What Is ARK Trying To Solve?

ARK aims to solve the difficulty of working with blockchain technology and developing solutions that satisfy various use cases. The ARK Core Framework is designed to give developers easier access to blockchain technology. This framework consists of the ARK Core, which acts as the backbone of an ARK-based network, handling peer-to-peer operations, ledger database management, API access, custom business logic, and more. Within the ARK Core Framework is the Generic Transaction Interface (GTI), which enables developers to create custom transaction types that run on a customized blockchain and fulfill the developer's desired use case. The concept is similar to building a decentralized application in Solidity. However, there is no complex new language to learn as the GTI functions in TypeScript. Lastly, the decentralized ARK-based application and any related crypto assets would run on a sovereign interoperable blockchain to address scaling concerns.

How Do You Mine Or Stake ARK?

You cannot mine ARK via PoW. ARK is forged by elected delegates that run the network. ARK runs on a custom-designed Delegated Proof-of-Stake blockchain with 51 forging delegate slots and eight-second block times. Each forged block creates 2 ARK which is sent to the validating/forging delegate for its work. Delegates are elected by ARK token holders. The token holders voting power is locked at 1 ARK = 1 Vote, as users cannot vote for more than one delegate with a given wallet address. This addresses concerns with centralization and power groups that have plagued DPoS in the past. Potential forging delegates can run instances of the ARK Core and campaign for forging status by gathering vote weight from token holders. Users who wish to place their delegate into one of the top 51 slots execute a special vote transaction using the ARK Desktop or ARK Mobile wallets, assigning vote weight to the delegate. ARK used in voting is not locked and can freely exit and enter the voting wallet address at any time. The staking rewards system is handled by the delegates themselves and each delegate's reward system is completely unique to each. The ARK team does not run the ARK public network.

Where Can You Buy ARK?

You can buy ARK at any crypto exchange that supports the digital currency. For the latest list of exchanges and trading pairs for this cryptocurrency, you can check out the full list on the ARK website or click on the market pairs tab on CoinMarketCap. There are also downloadable exchange plugins for the ARK Desktop Wallet. ARK can be stored on an exchange, in the ARK wallets, multi-asset crypto wallets, crypto debit card wallets, or ledger hardware wallets.

Where can Ark be traded?

What is the 24 hour trading volume of Ark?

What is the highest price for Ark?

What is the lowest price for Ark? 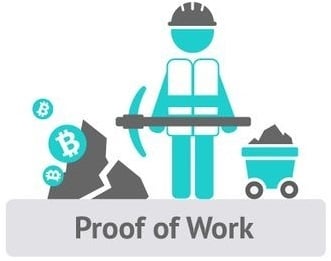